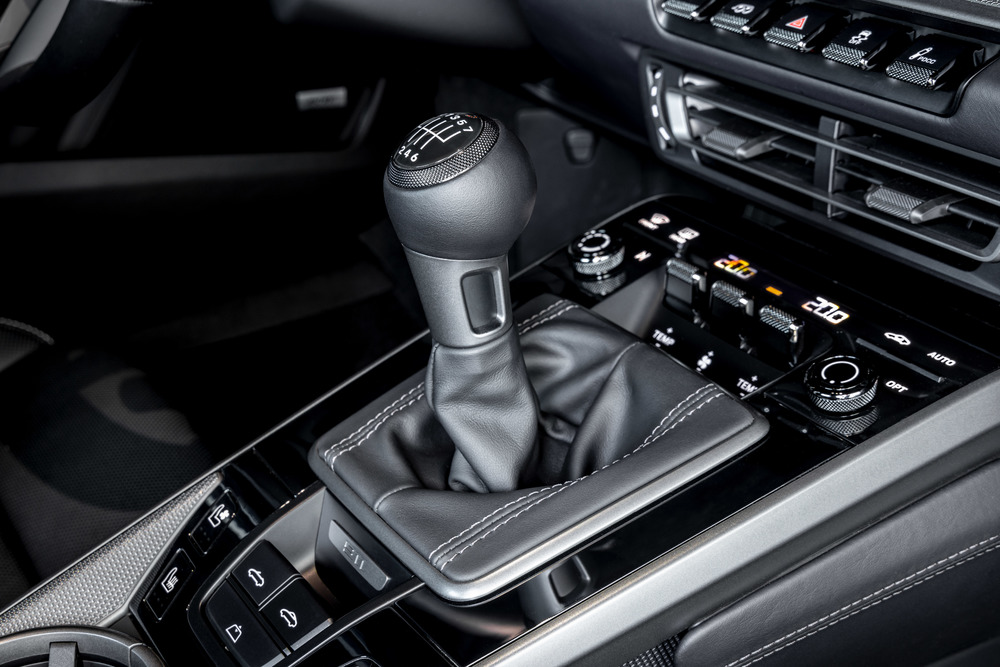 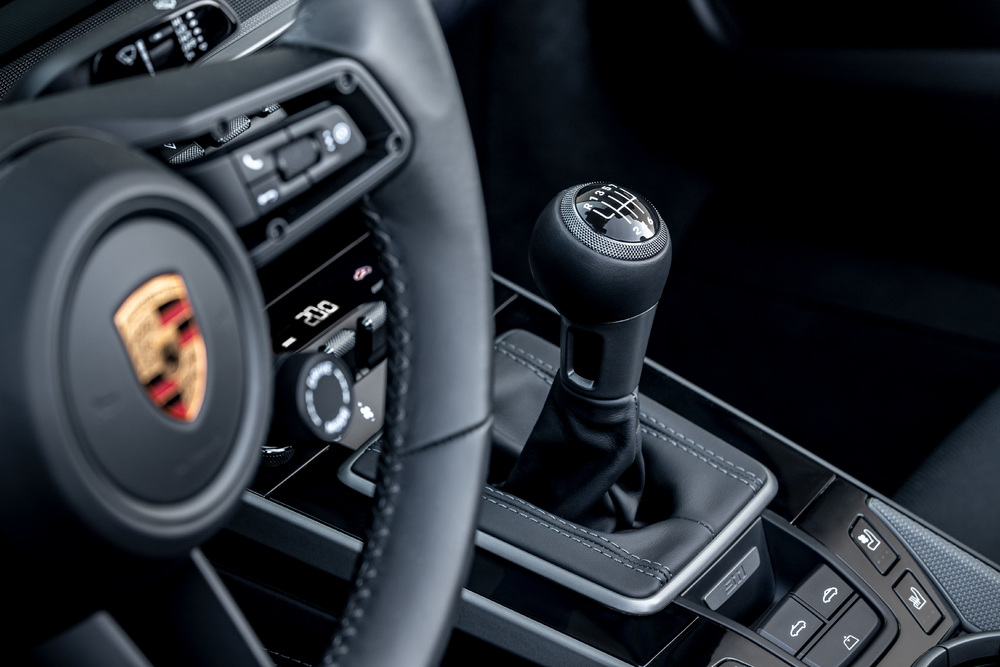 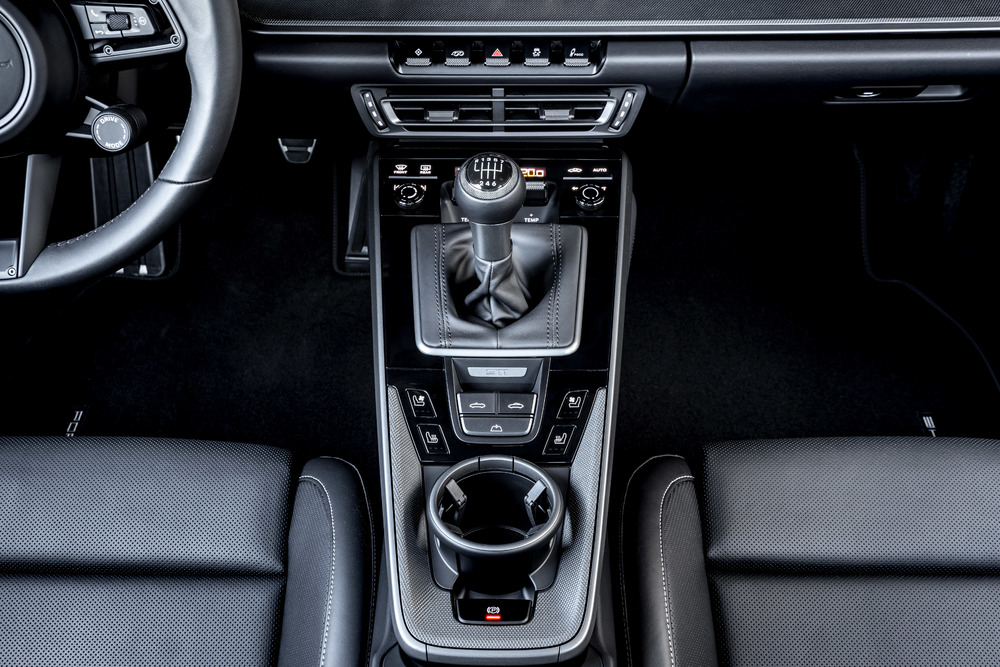 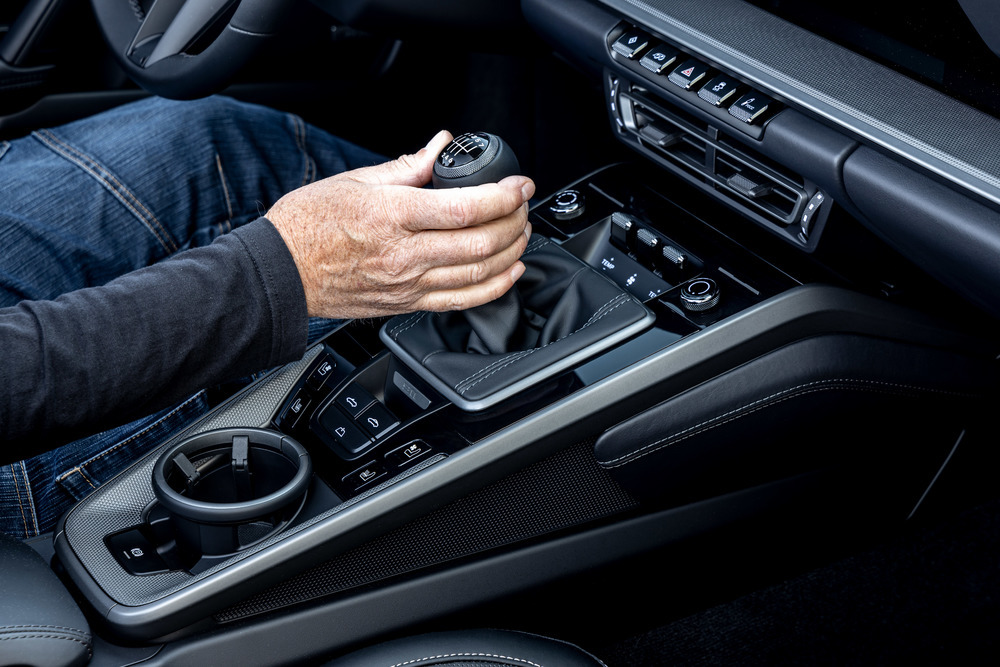 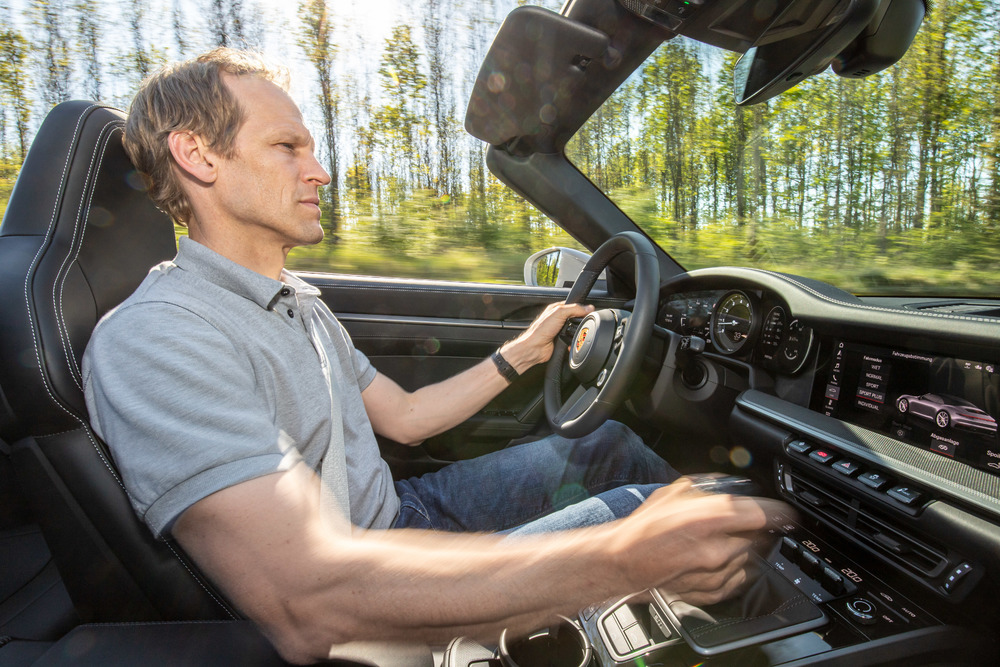 Stuttgart . A seven-speed manual transmission can now be ordered for all 911 S and 4S models as an alternative to the standard eight-speed PDK transmission at no extra cost in European and related markets. The manual transmission is combined with the Sport Chrono package and will therefore appeal above all to sporty drivers who derive more driving pleasure from changing gear themselves. Also as part of the model year changeover, a host of new equipment options will now be offered for the 911 series that were previously not available for the sports car. These include InnoDrive, which is already familiar from the and , as well as a new Smartlift function for the front axle.

For purists: seven-speed manual transmission with Sport Chrono package
The manual transmission with seven gears for the 911 S and 4S always comes in combination with the Sport Chrono package. Also included is Torque Vectoring (PTV) with variable drive torque distribution by controlled braking interventions on the rear wheels and a mechanical rear differential lock with asymmetrical locking action. This overall setup will appeal above all to drivers with sporty ambitions, who will also appreciate the new tyre temperature indicator. This additional function in the Sport Chrono package was introduced with the 911 S. The tyre temperature indicator is combined with the tyre pressure indicator. At a low tyre temperature, the blue bars warn about reduced road grip. As the tyres warm up, the colour of the indicator changes to blue-white and then changes to white once the operating temperature has been reached and maximum possible grip is available. The system is deactivated and the bars are hidden when the winter tyres are fitted.

In combination with the manual transmission, the Sport Chrono package also offers an automatic rev-match function. When the driver shifts down, this function automatically opens the throttle momentarily to increase the engine speed and adapt it to the higher gearbox speed in the lower gear for smooth downshifts, thereby preventing load change effects. The package also includes other sporty ingredients such as dynamic engine mounts, PSM Sport mode, the mode switch on the steering wheel with the modes Normal, Sport, Sport Plus, Wet and Individual (for an individual set-up), as well as a stop watch and the Track Precision App.

In the 911 for the first time: InnoDrive and Smartlift
The new model year sees the inclusion of InnoDrive in the list of 911 options. On the variants with PDK, the assistance system extends the functions of the adaptive cruise control system by predictively optimising the driving speed for up to three kilometres in advance. Using the navigation data, it calculates the optimum acceleration and deceleration values for the next three kilometres, and activates them via the engine, PDK and brake system. The electronic co-pilot automatically takes into account corners and gradients, and also speed limits if wished. The driver has the possibility of individually defining the maximum speed at any time. The system detects the current traffic situation using radar and video sensors and adapts control accordingly. The system even recognises roundabouts. Like with conven-tional adaptive cruise control, InnoDrive also continuously adapts the distance to the vehicles in front.

The new optional Smartlift function for all 911 versions allows the front end to be lifted automatically at corresponding locations where the vehicle is driven regularly. With the electrohydraulic system on the front axle, the ground clearance at the front apron can be increased by around 40 millimetres. The system saves the GPS coordinates of the current position at the push of the button. If the driver approaches this position from the same direction again, the front of the car will lift up automatically.

Leather package 930 in the style of the first 911
The leather package 930 introduced with the 911 S is now optionally available for the 911 models. This evokes the first 911 (Type 930) and is characterised by a coordinated interplay of colours, materials and individual enhancements. The equipment package includes quilted seat centre panels at the front and rear, quilted door panels, as well as other extensive leather trims.

Other new equipment options
New lightweight and noise-insulated glazing is now also available for the s in the 911 series. The weight advantage compared to standard glazing will be over four kilograms. The improvement in indoor acoustics achieved by reducing rolling noise and wind noise represents a further advantage. This is a lightweight laminated safety glass used in windscreen, rear screen and all door windows. The Ambient Light Design Package includes ambient lighting that can be adjusted in seven colours. A touch of colour is also added by the new exterior paint finish in the special colour Python Green.

Further information, film and photo material in the Newsroom: newsroom.porsche.de