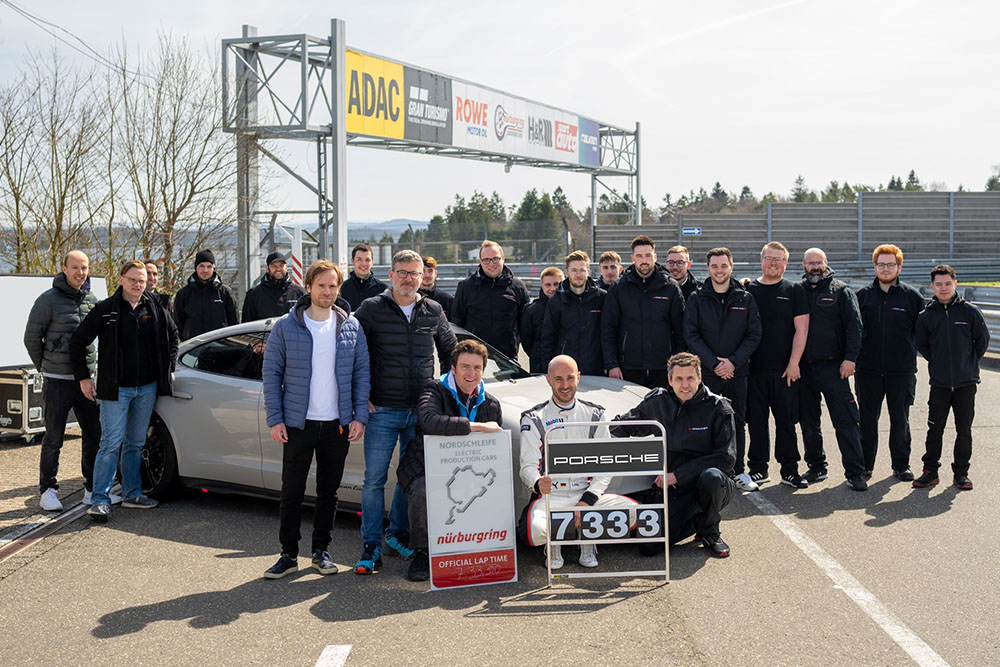 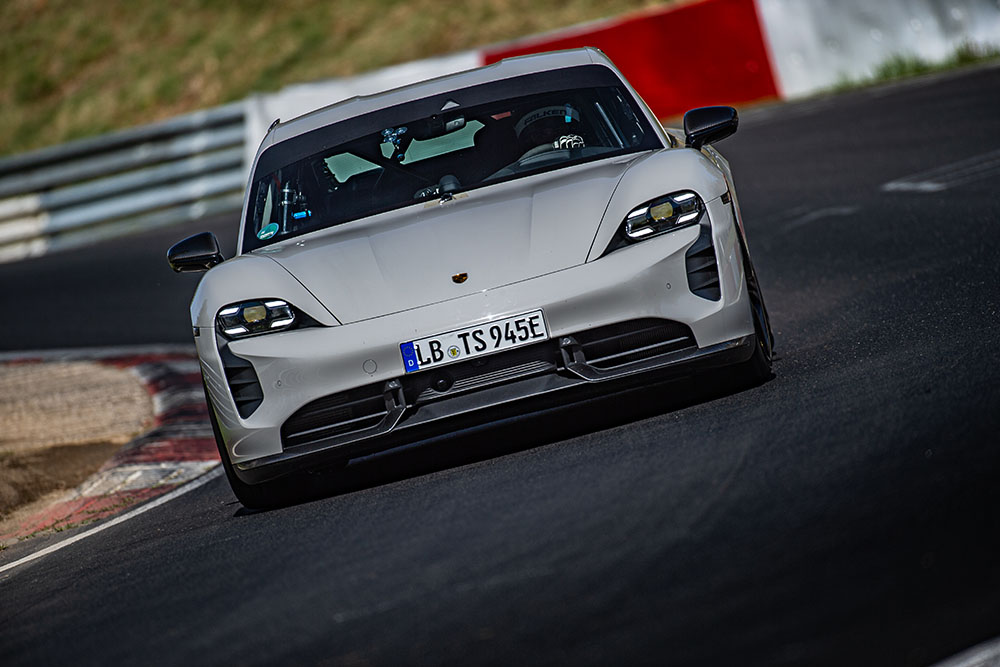 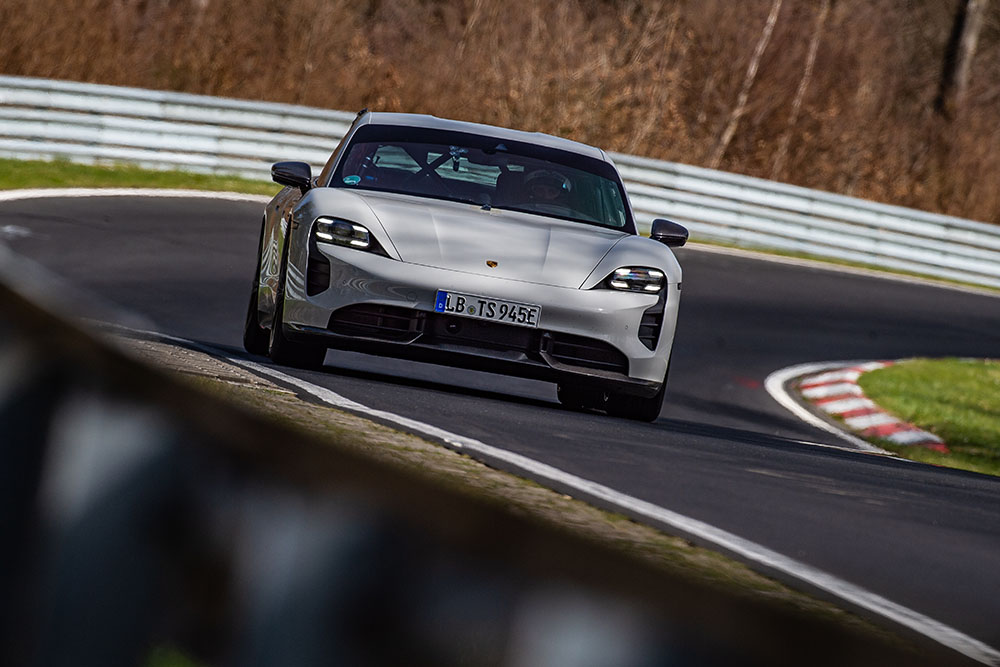 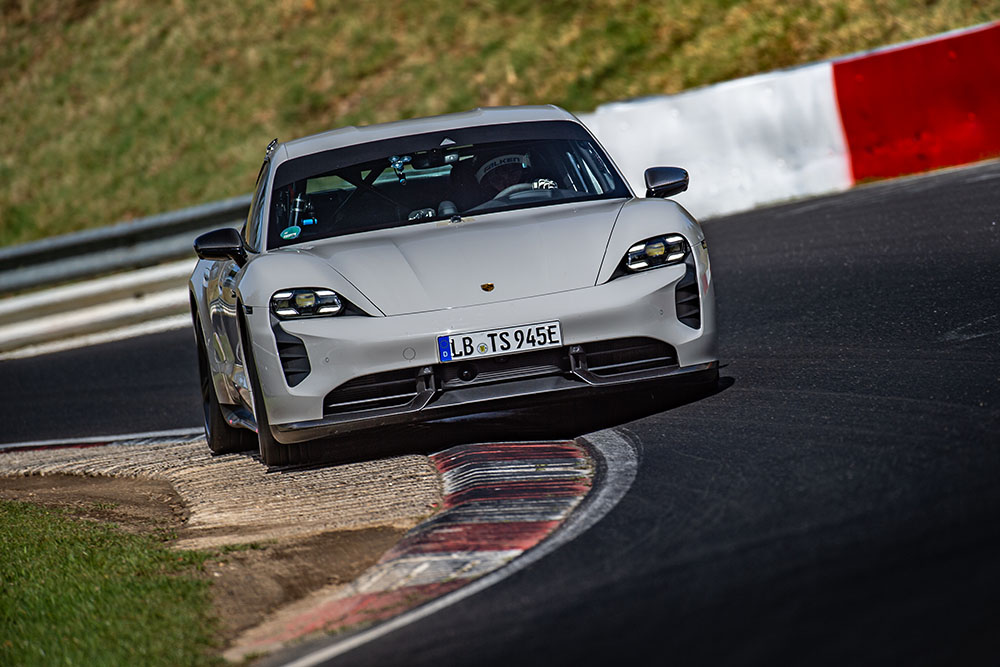 • A S completed the 20.8 kilometre circuit in 7:30, a new record of a series-production electric car.

• Aside from the required roll cage and racing seats, it was an entirely standard production vehicle.

Shanghai/Stuttgart. Never before has a series-production electric car posted a faster lap on the Nürburgring Nordschleife: development driver Lars Kern took just seven minutes and 33 seconds for a lap in the S. The sports sedan was equipped with the new performance kit and Dynamic Chassis Control (PDCC) and – aside from the required roll cage and racing seats – was an entirely standard production vehicle. It weighed the same as the series production car. A notary was on hand to verify the new record time on the 20.8 kilometre circuit in Germany’s Eifel region, while TÜV Rheinland confirmed that the record-breaking road car was a standard production model.

The performance kit includes 21-inch RS Spyder wheels with road-approved, Pirelli P Zero Corsa sports tyres that are now available for the . Their tyre compound is similar to that of racing tyres. Another element of the performance kit is a software update to the Por-sche 4D Chassis Control so that it works in harmony with the sports tyres. The system anal-yses and synchronises all the chassis systems of the in real time. “In the past, only thoroughbred super sports cars got into the 7:33 range,” says Kern. “With the new perfor-mance kit I was able to push even harder, and the car was even more precise and agile to boot.”

“We’re delighted that the Nürburgring record for electric cars is back in hands,” says Kevin Giek, Vice President Model Line . “This lap time not only shows how much po-tential lies in our new performance kit, but also confirms once again the sports car genes of the .” The considerable power of the S, of up to 460 kW (625 PS), was a key factor in its success. With Launch Control active, the car maxes out at 560 kW (761 PS) from a standstill.