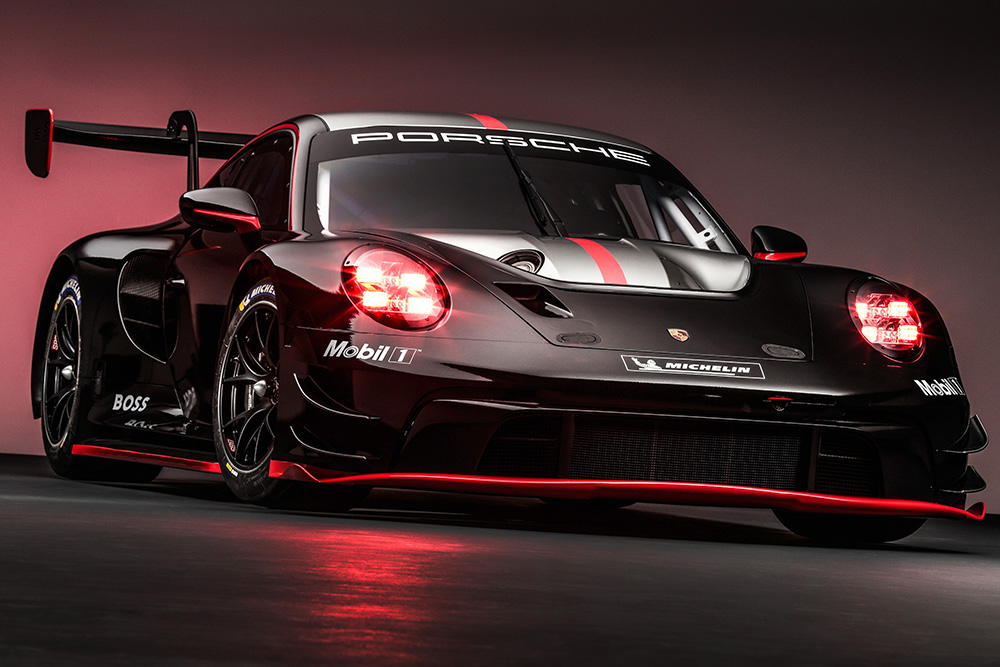 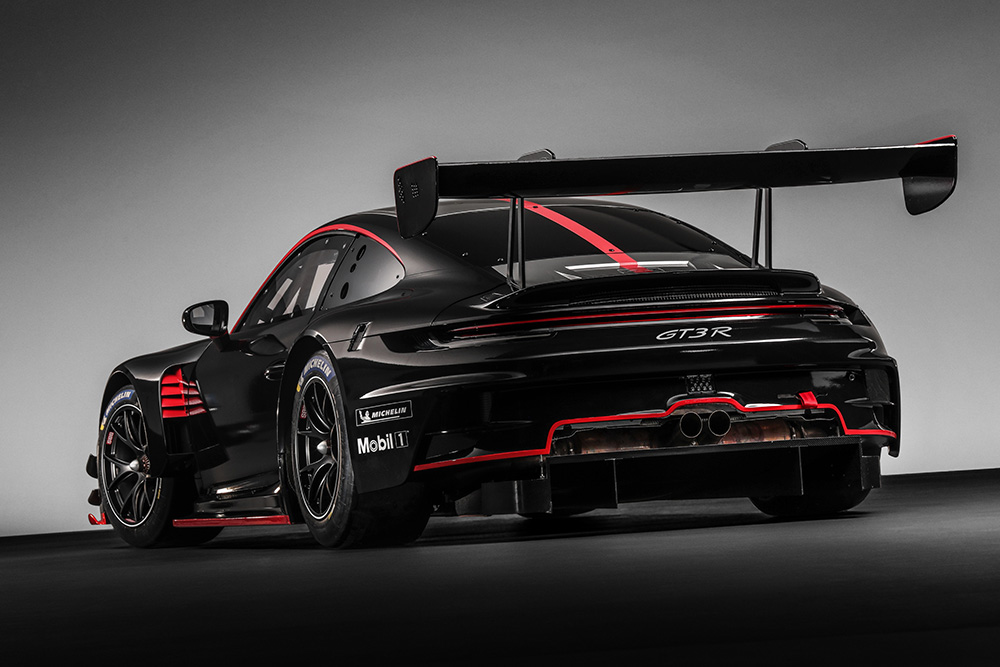 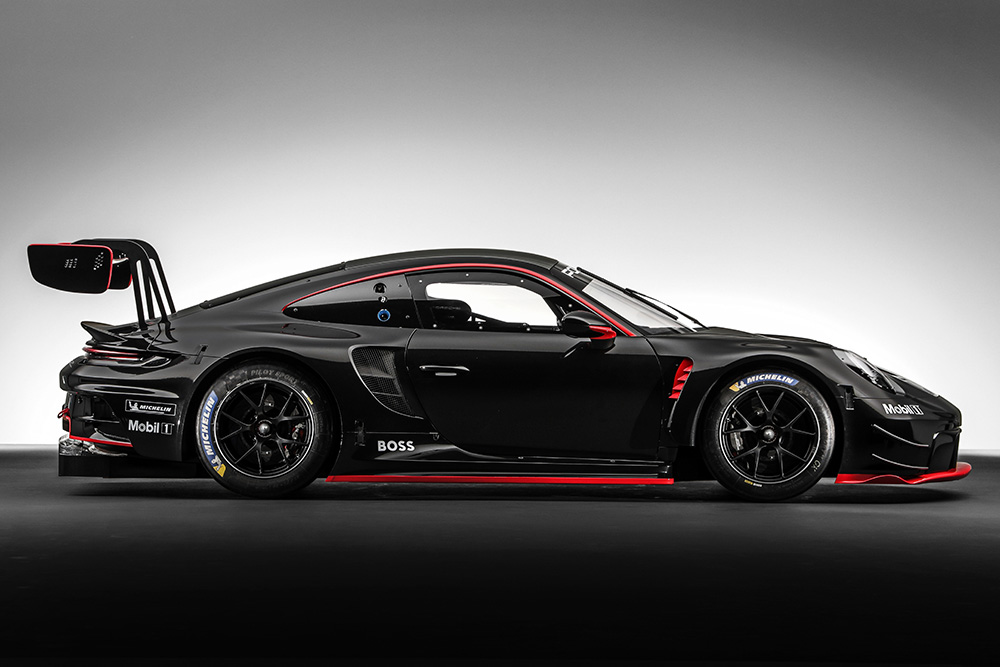 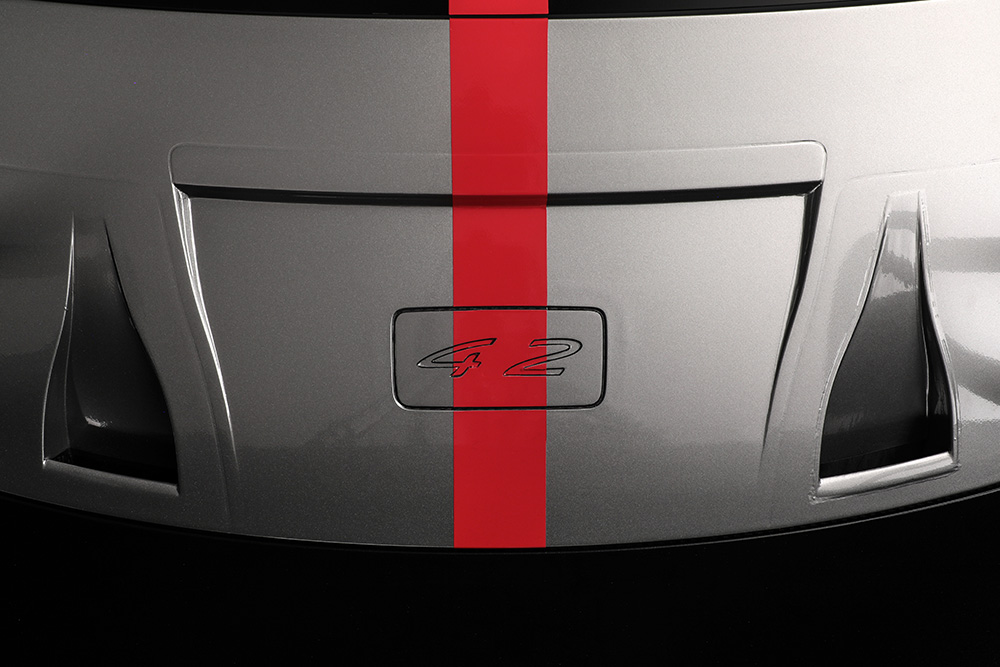 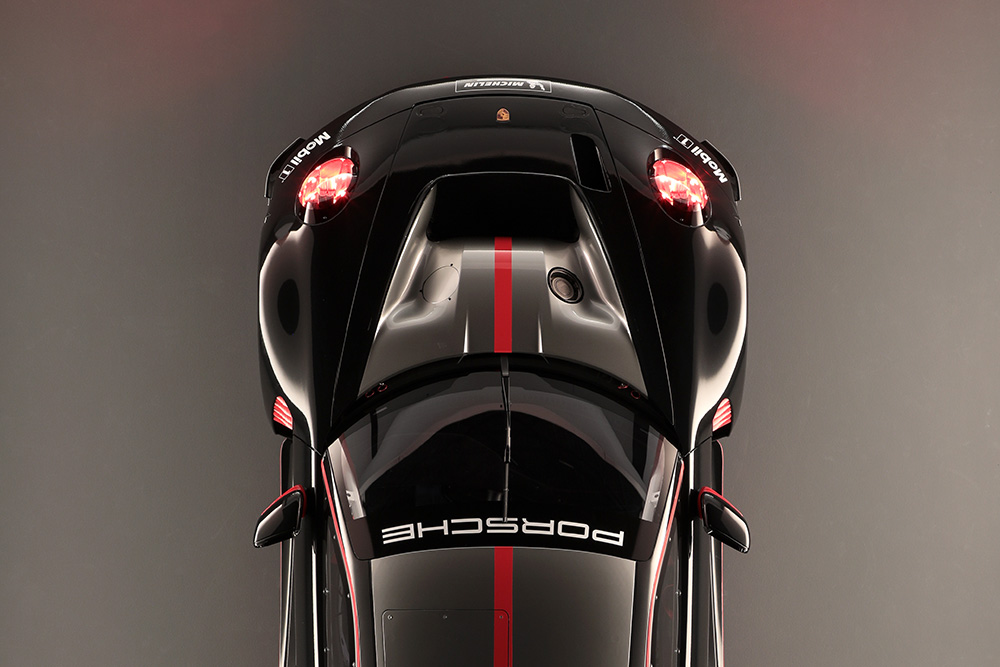 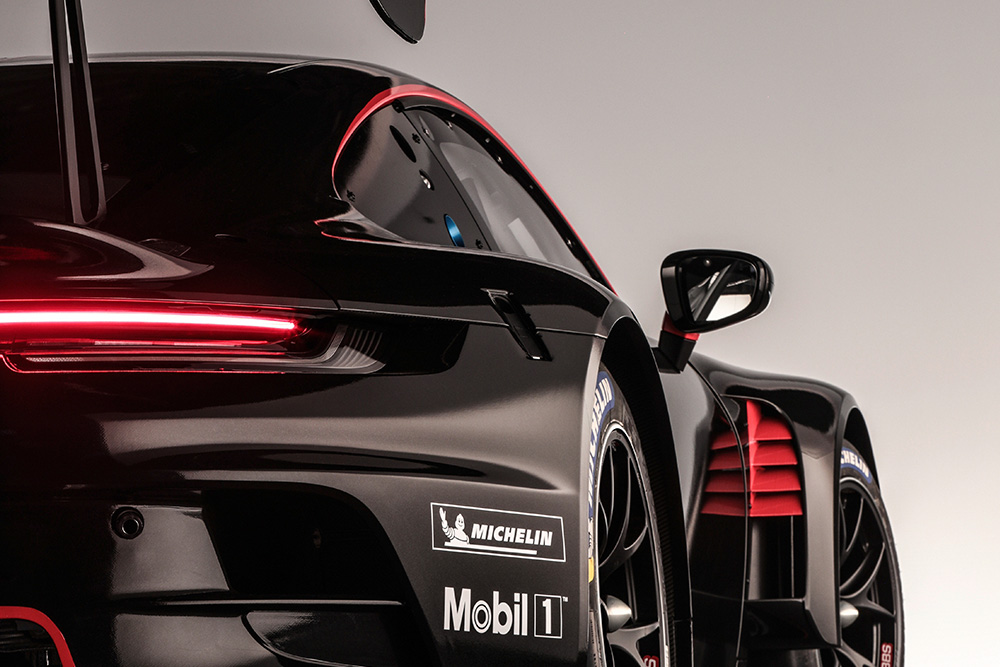 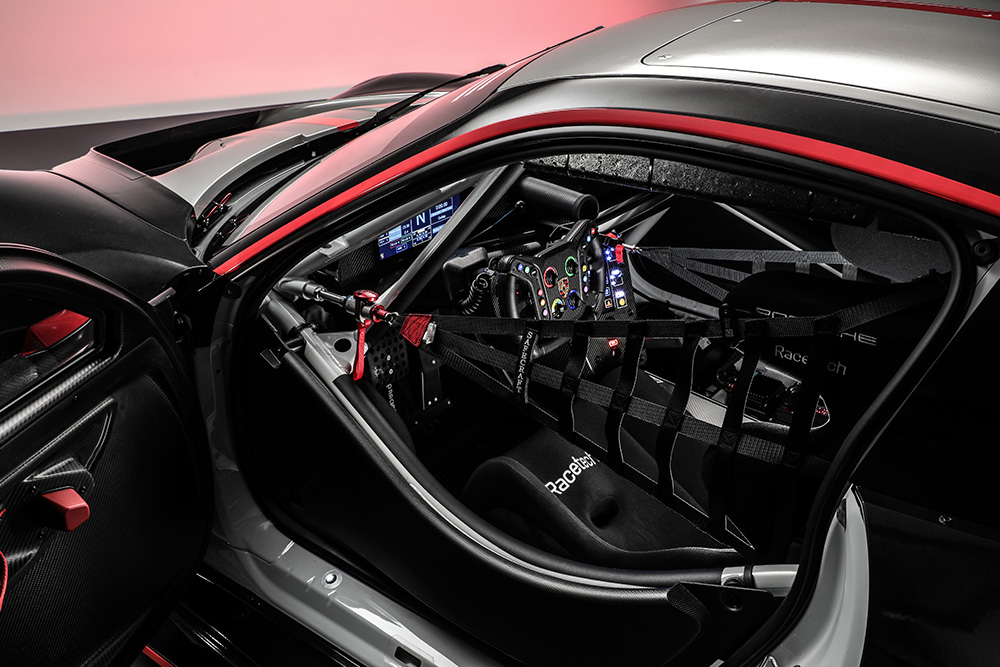 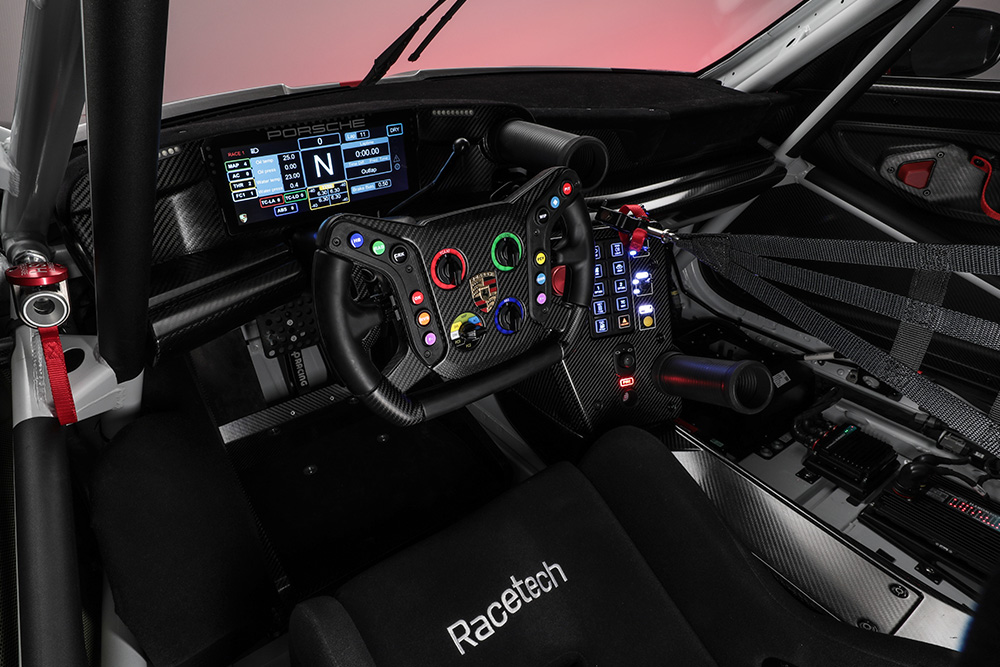 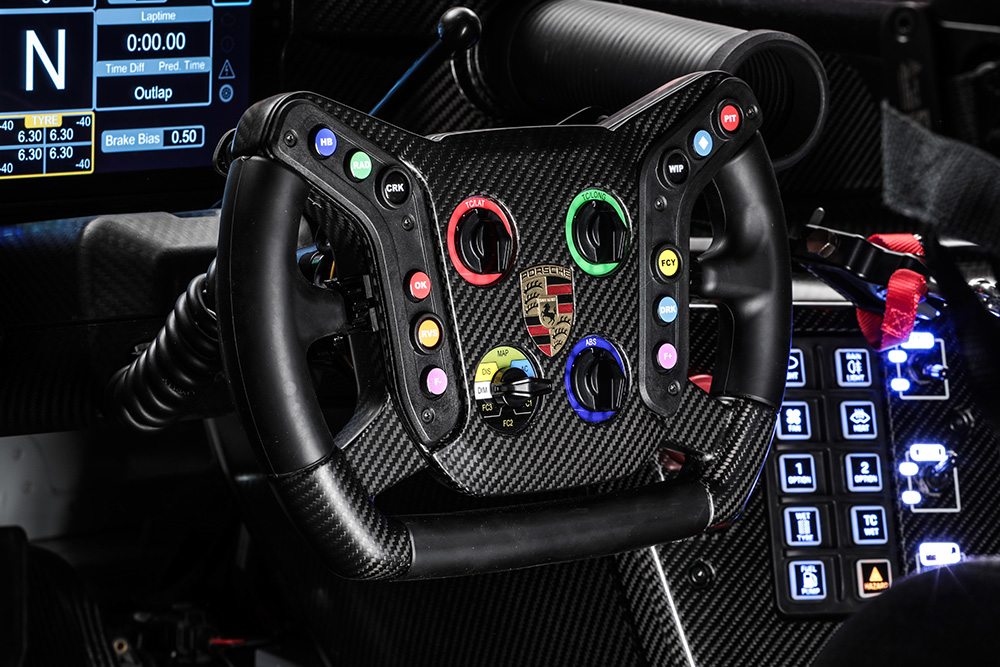 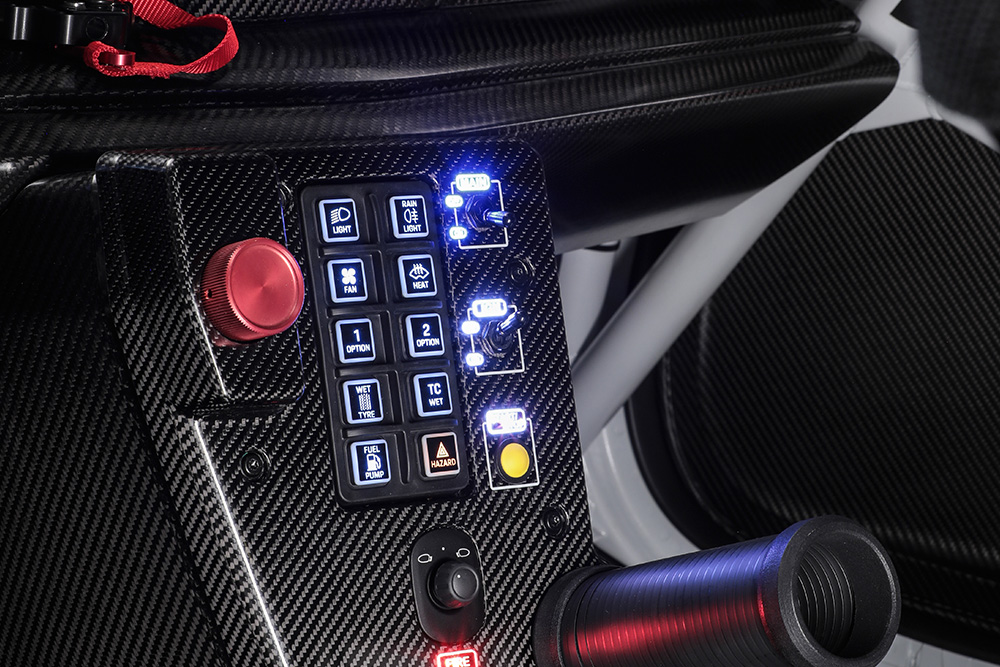 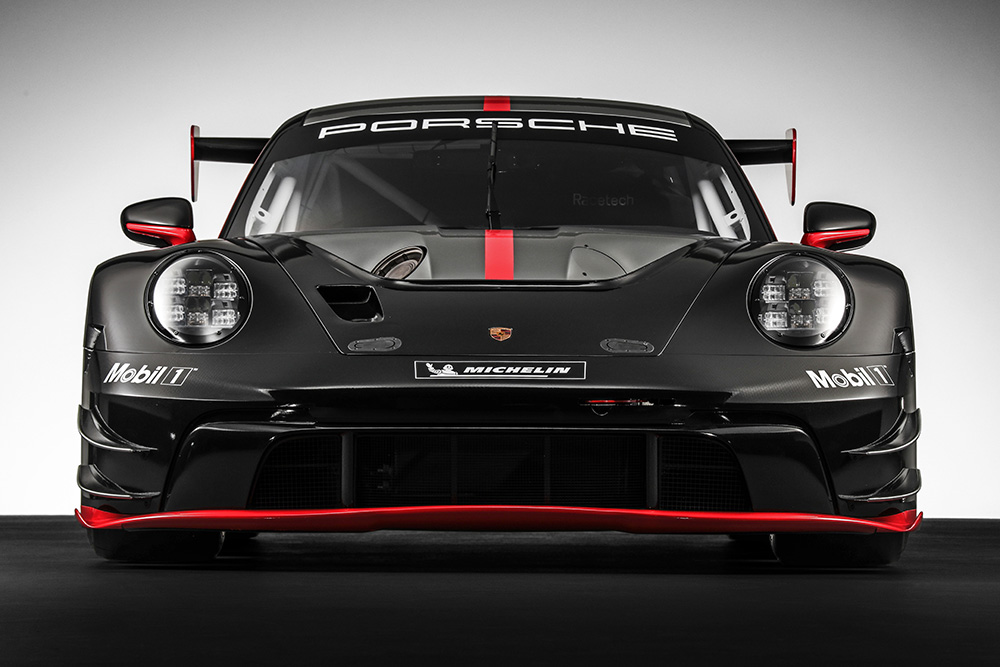 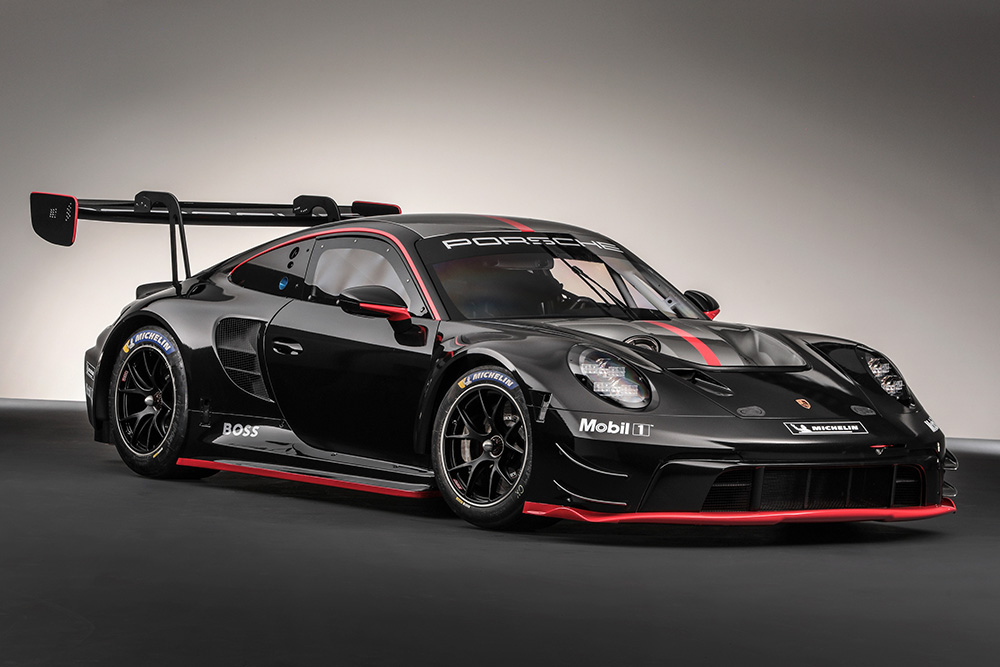 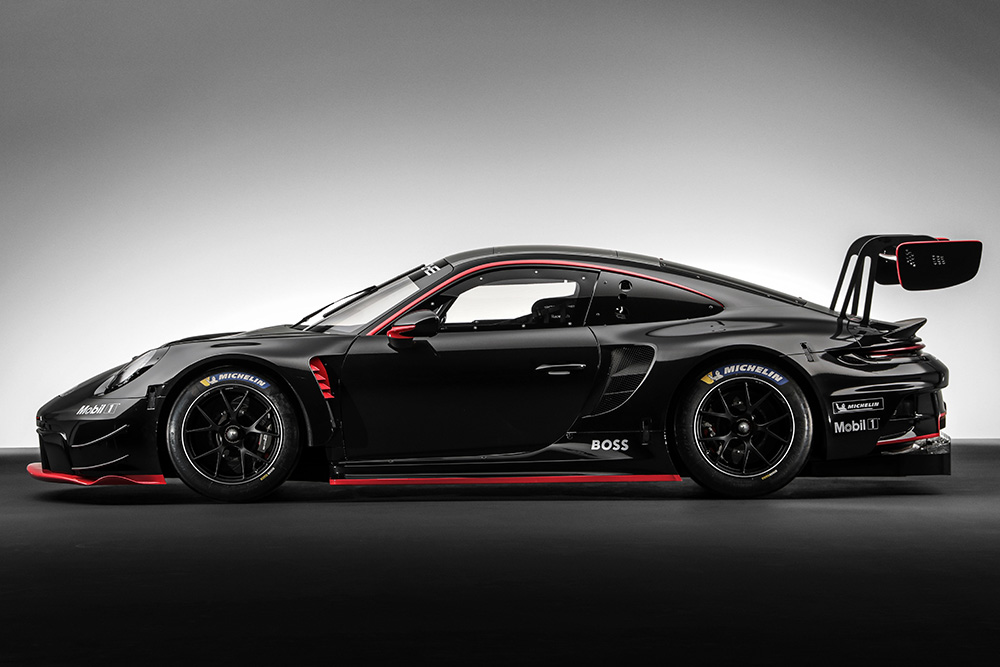 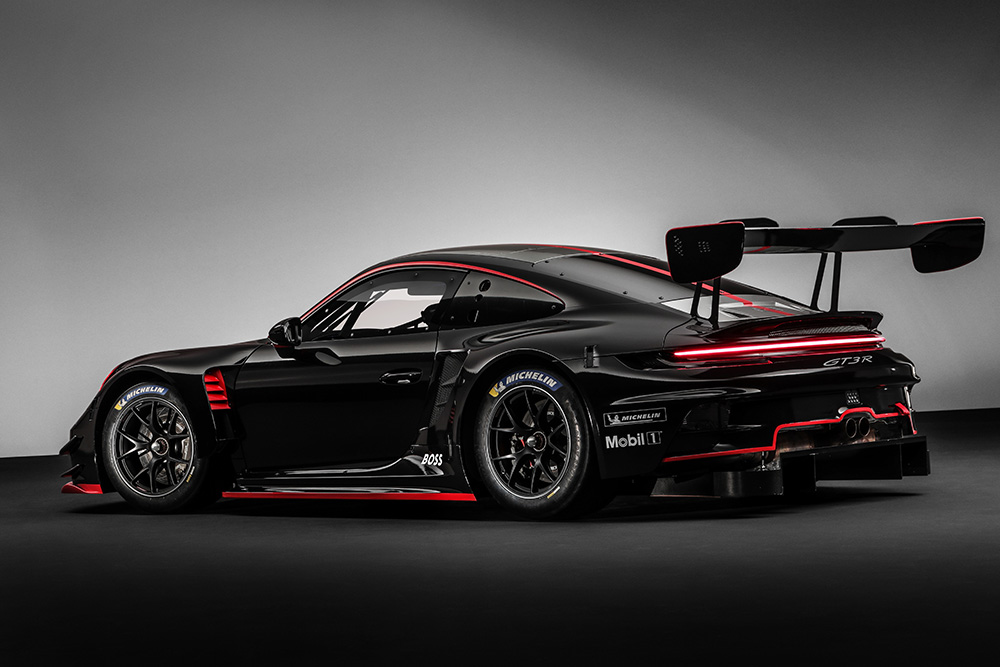 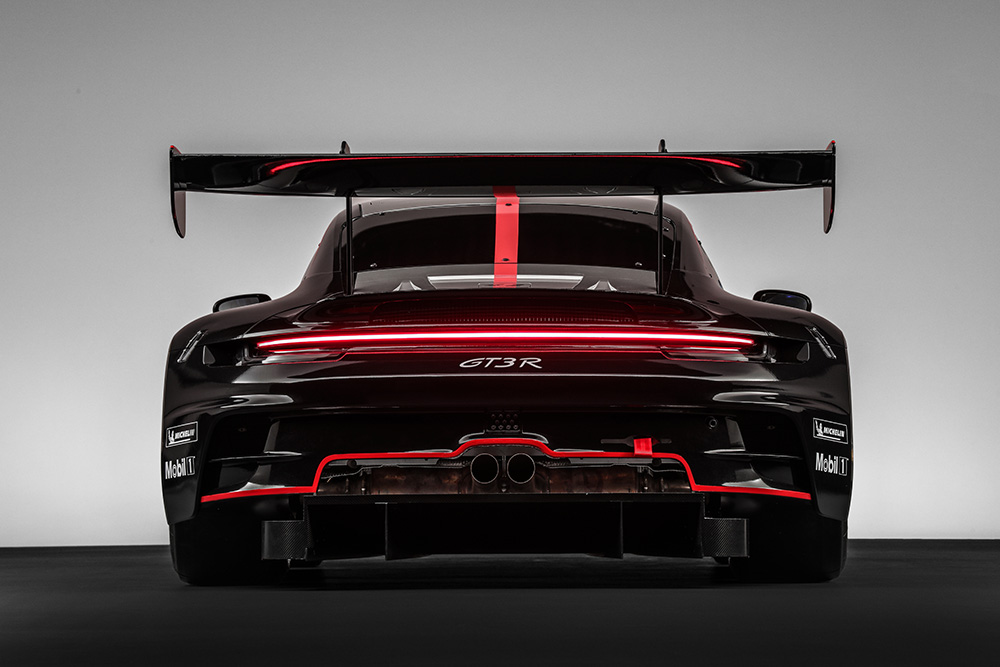 The new 911 GT3 R will be unveiled to the public at this year’s 24 Hours of Spa-Francorchamps. From the 2023 season, customer teams can campaign the new racing vehicle in worldwide motorsport events that adhere to the GT3 regulations. The vehicle is based on the latest 992-generation 911. Compared to its predecessor, the new 911 GT3 R features a larger engine producing up to 416 kW (565 PS), a more constant aerodynamic performance and an optimised vehicle balance.

Shanghai/Stuttgart. With the latest generation of the 911 GT3 R, unveils a new customer racing car. The new challenger for GT3 series around the world is based on the current 992 generation and will be ready to race at the beginning of the 2023 season. Development began in 2019. Priority was given to further improving the driveability for professionals and so-called gentleman drivers, as well as tapping larger performance reserves for different Balance of Performance (BoP) classifications. Another focus was on streamlining the handling of the race car for the teams and reducing the running costs. Motorsport now offers the new 911 GT3 R at a price of 511,000 Euros plus country-specific VAT and optional extras.

“The new 911 GT3 R has big shoes to fill,” says Michael Dreiser, Sales Director at Motorsport. “Its forerunner has won almost everything there is to win in the GT3 scene in four seasons since 2019. Its stand-out successes include overall victories at the 24-hour races at the Nürburgring and also here at Spa-Francorchamps. Raced by our customers, the prede-cessor scored class victories at the 24 Hours of Daytona and the 12 Hours of Sebring. The new model faces a massive workload in the hands of the customer racing teams.”

After the GT3 class was announced as a professional category in the North American IMSA series, the FIA WEC World Endurance Championship follows suit: From 2024, GT3 racing cars such as the new 911 GT3 R will be eligible to take part in the 24 Hours of Le Mans for the first time.

“We hit the bull’s eye with the enormously successful predecessor. Accordingly, the bar for its successor is high,” emphasises Sebastian Golz, 911 GT3 R Project Manager at Motorsport. “Our task was less about making the new 911 GT3 R even faster – the classifica-tion within performance windows set by the BoP quickly cancels out this advantage. For us, it was primarily about our customers being able to drive the racing car fast for longer. This re-quires durability and that’s why we focused predominantly on improved driveability. This is reflected in the new 4.2-litre engine’s broader usable rev band, more stable and constant aer-odynamics and lower loads on the rear tyres, which allow their potential to last longer.”

At the core of the new racing car is the near-standard engine based on the 992-generation 911 power plant. Like in the previous model, it is a water-cooled flat-six engine with four-valve technology and direct fuel injection. The main new development is the displacement: like the 911 RSR, the capacity of the new 911 GT3 R has increased by a good five per cent from 3,997 to 4,194 cc. This has boosted the engine’s peak output to around 416 kW (565 PS). First and foremost, however, has optimised the torque and power curve across the entire rev range. Consequently, the new 4.2-litre six-cylinder is better suited to gentleman drivers.

The high-revving six-cylinder manages without turbocharging and sits in the classic rear posi-tion, thus enhancing traction and braking. However, it has been tilted forwards by 5.5 degrees, creating more leeway for the underbody diffuser. Auxiliary units such as the alternator and the air conditioning compressor were moved a good metre forward and further down into a space in front of the engine and gearbox, which has a positive effect on the weight balance of the 911 GT3 R. The sequential six-speed contest-mesh gearbox is derived from the current 911 GT3 Cup. Shift paddles control an electronic shift drum actuator that enables particularly rapid and precise gear changes.

The new 911 GT3 R’s suspension – many details of which have been modified – supports driveability, allows more precise steering, ensures less wear on the rear tyres and reduces the time spent on set-up changes. For this, numerous components and technical solutions were taken from the 911 RSR. At the front axle, a state-of-the-art double wishbone layout controls the wheels. The rear axle sports a multi-link design. The KW shock absorbers were further improved and offer five adjustment settings. Set-up modifications are done with so-called shims. These plates enable precision adjustments without the need for the time-consuming re-alignment of the suspension afterwards.

The optimised positioning of the central pivot points at the front axle frees up space for the aerodynamic “race underfloor” concept. Like in the 911 RSR, this elevated underbody allows for a clean flow of air to the rear diffuser and reduces the pitch sensitivity of the racing car – i.e. a high rake under braking. The rear wheels have moved a little further back, which extends the wheelbase from 2,459 to 2,507 millimetres. This also reduces the load on the rear tyres and improves the consistency of the tyres’ performance over longer stints.

In addition to the aluminium monobloc racing brake callipers, the brake discs on the new 911 GT3 R are now also supplied by the specialist company AP. The internally vented and slotted front steel discs measure 390 mm in diameter and are activated by six pistons. Fitted at the rear are four-piston callipers and discs measuring 370 mm. A sophisticated software applica-tion for the fifth-generation racing ABS reduces wear on the tyres and brakes. 's trac-tion control system also received a further development.

The new 911 GT3 R is just the second racing car from Motorsport to be based on the current 992-generation 911 after the 911 GT3 Cup. Its lightweight body with an intelligent alu-minium-steel composite design draws on the production model, albeit with major modifications for use in the 911 GT3 R. Almost all body components are made of lightweight carbon, includ-ing the front and rear lids, doors, side panels, rear wing and roof. The wheel arches are made of aramid fibres.

In a vehicle like the new 911 GT3 R, functionality stands at the forefront. Nevertheless, Grant Larson from Style again succeeded in creating particularly stunning and harmonious shapes. They accentuate the heritage of the nine-eleven and blend it with sophisticated effi-ciency. Most notably, this is reflected in the aerodynamics. The key points: an elevated under-body at the fore of the front axle, for the first time in conjunction with a smooth undertray, and a rear diffuser. This combination improves downforce without a significant increase in drag. The rear wing now features a swan-neck mount. This ensures a clean airflow under the wing and thus improves the aerodynamic efficiency of the component.

In terms of safety, the new 911 GT3 R follows an uncompromising approach. The seat has moved closer to the centre of the car. This enabled to optimally adapt the more ergo-nomic seat position to the improved roll cage and the newly developed FIA side impact protec-tion. Like in the forerunner, the steering wheel and pedals can be adjusted longitudinally to suit the driver. specialists took another close look at the six-point safety harness: the tongues now slide even faster into the clasp via special ramps – saving about a second during pit stops for driver changes. The steering wheel design also received further upgrades on the previous model. It incorporates elements that have proven themselves in the latest generation 911 GT3 Cup and 911 RSR race cars. The 10.3-inch display, for example, comes from the successful one-make cup racer, with the multi-switch concept adopted from the Le Mans class winner.

The high-performance LED headlights on the 911 GT3 R rely on so-called collimator technolo-gy, which developed for the new LMDh 963 prototype, among others. This device works like a magnifying glass, only in reverse. It illuminates a particularly large area of the racetrack and is a significant improvement on the predecessor model, which was previously regarded as the class leader.

Alexandre Gibot, Managing Director Motorsport Asia Pacific Ltd.: “It’s fantastic to see the new 911 GT3 R built on the 992 platform being unveiled during the 24 Hours of Spa week-end, the blue-riband event of GT3 racing. The previous model was extremely successful, tak-ing victories at the Nürburgring and Spa among several others, so we eagerly look forward to the next chapter of GT3 racing for ! We are looking forward to delivering the new car to our customers in Asia and to see it take to the track in the region for the first time. We’re all looking forward to celebrating much more success with this new GT3 R in 2023 and beyond.”