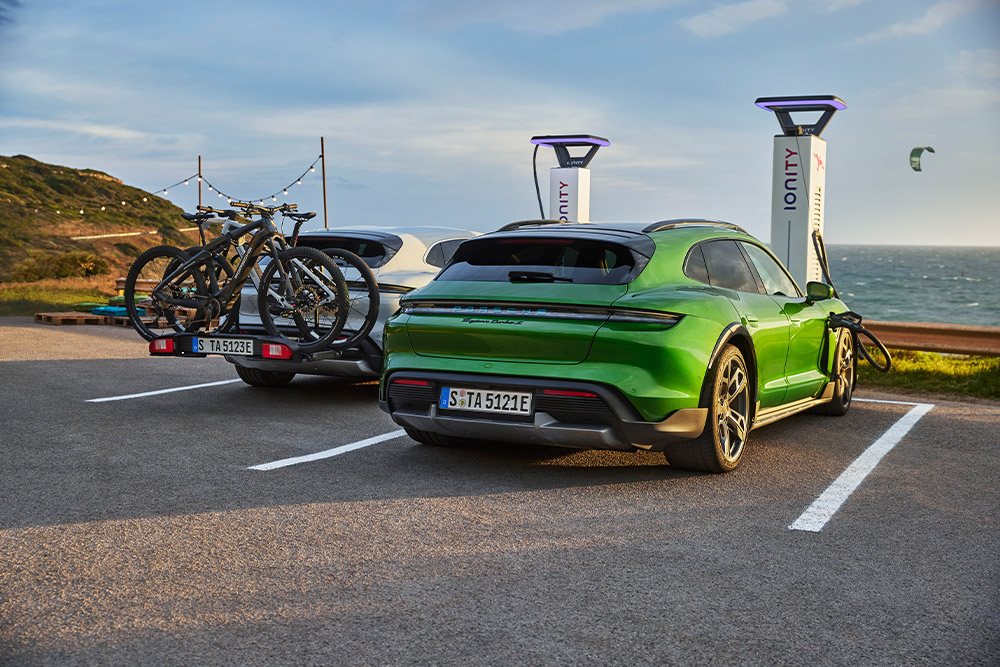 handed over nearly 72,000 vehicles to customers worldwide, a significant increase of 36% year-on-year.
In the first three months of 2021, China has achieved a robust 56% year-on-year growth rate with a total of 21,991 cars delivered.
The two-door sports car market in China has seen soaring sales figures, with the mid-engine sports car 718 up 260% year-on-year.
Deliveries of the all-electric have been climbing rapidly in China, with deliveries in the first quarter having already surpassed the total sales of last year.

Shanghai/Stuttgart. In the first three months of 2021, handed over 71,986 vehicles to customers worldwide. The number of deliveries therefore increased significantly by 36 per cent compared with the previous year. The sports car manufacturer achieved double-digit growth in all sales regions. “We are extremely pleased that the community of customers continues to grow all over the world,” says Detlev von Platen, Member of the Board for Sales and Marketing at AG. “Established models have supported this excellent result along with the latest additions to our product range, above all the new model variants of the all-electric . Thanks to the great appeal of our brand and a consistent sustainability strategy, we can look back on a very positive start to the year.”

China remains ’s largest single market. In the first quarter of 2021, the sports car manufacturer delivered 21,991 vehicles there – 56 per cent more than in the same period last year. Compared to the same period in 2019, this still represents an increase of 30 per cent. Among these results, sales in February achieved a doubled year-on-year growth rate in a single month, strongly driving sales performance throughout the quarter. In terms of models, the two-door sports car has seen soaring sales figures, with the mid-engine sports car 718 up 260 per cent and the iconic 911 performing solidly, up 27 per cent year-on-year. It is worth mentioning that since the start of 2021, sales of the all-electric have been climbing rapidly in China, with deliveries in the first quarter already having surpassed the total number of last year, a positive market performance that exceeded expectations.

The positive sales performance of China in the first quarter sets the stage for the brand to achieve its sustainable growth target for the full year. This year marks the 20th anniversary of 's entry into the Chinese mainland. Paying tribute to this remarkable milestone, two special edition models will make their public debut on 19 April at the 19th Shanghai International Automobile Industry Exhibition.

and particularly in demand

Among the various models, the was most in demand, with 22,458 units delivered in the first quarter. The followed in second place with 19,533 vehicles. 9,133 customers took delivery of the sports car icon 911. The first all-electric sports car from was equally popular: 9,072 cars were delivered in the first three months of the year. The mid-engine sports cars also remain popular: 6,190 units of the 718 and 718 were delivered. The was handed over to 5,600 customers.

Increased demand in all sales regions

The demand in the first quarter confirms the sports car manufacturer’s optimistic outlook for 2021 as a whole. “Order bookings also continue to develop very well. We will fulfill the dreams of many more customers with our sports cars in the coming months,” says Detlev von Platen.