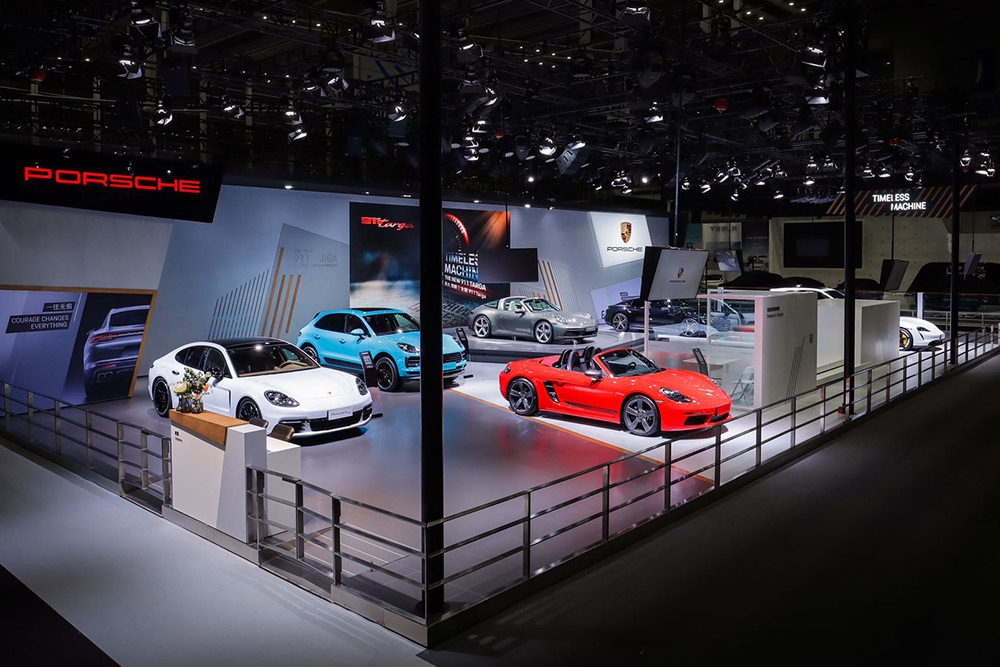 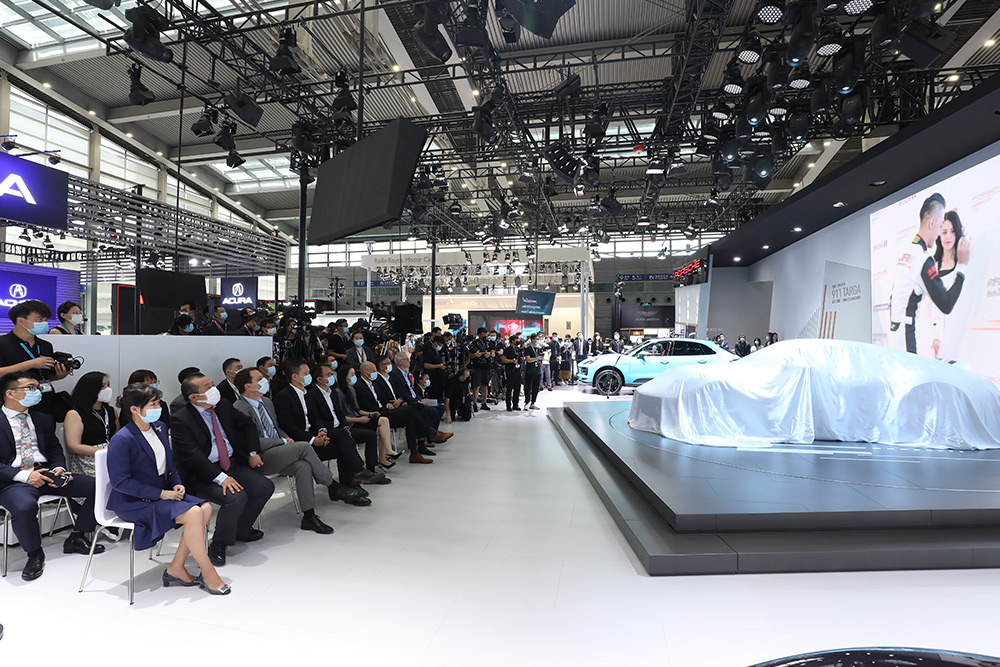 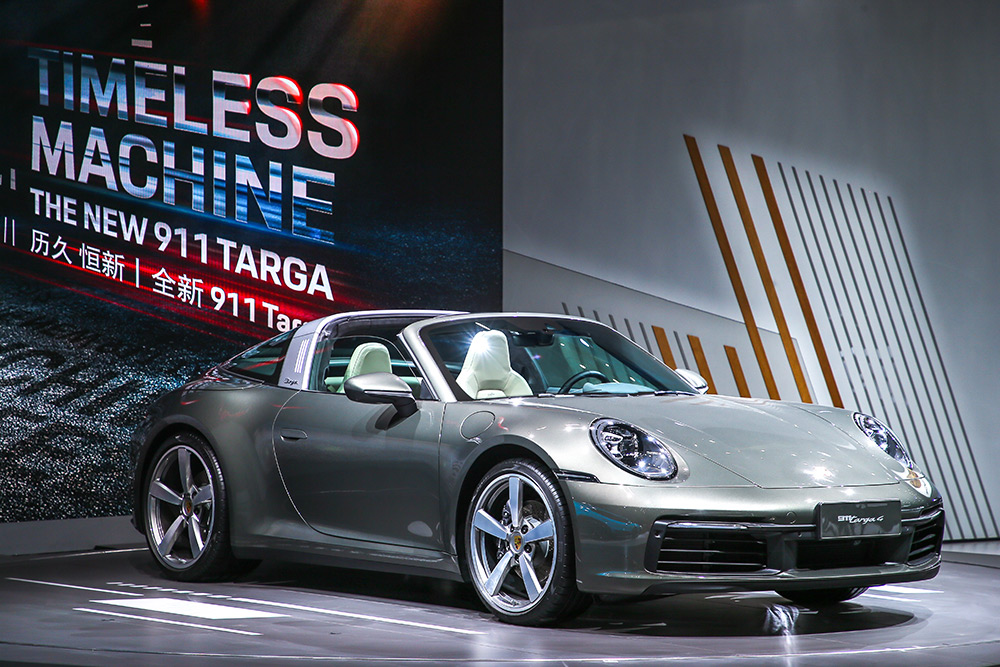 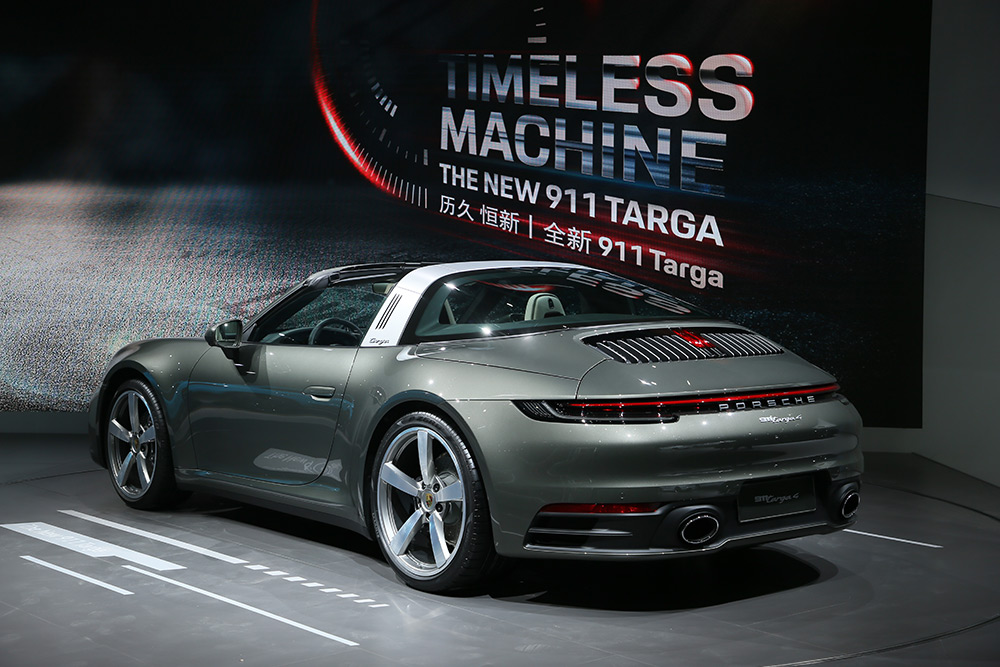 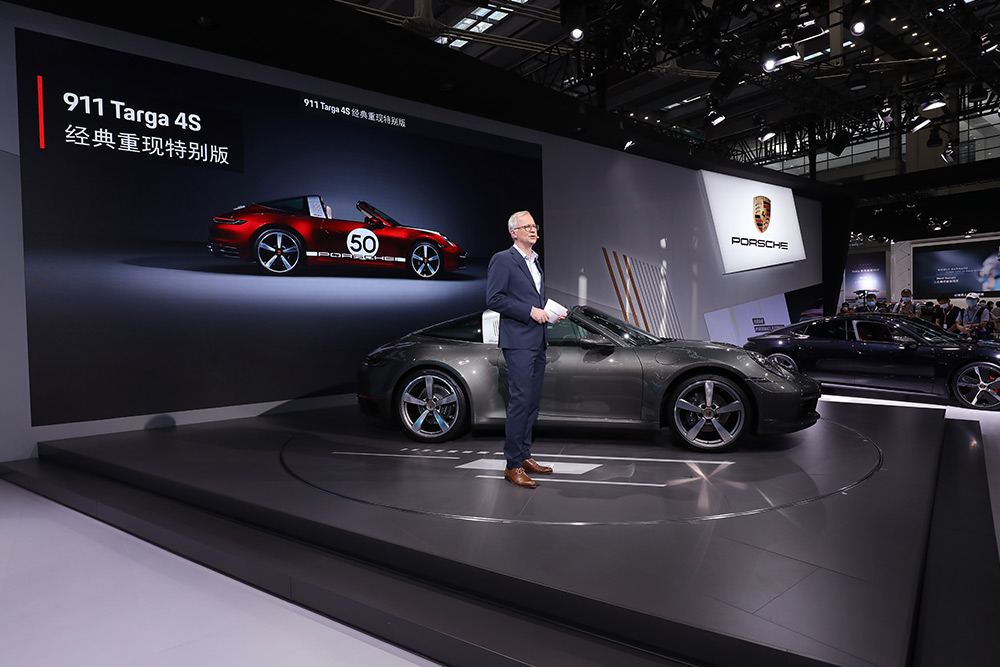 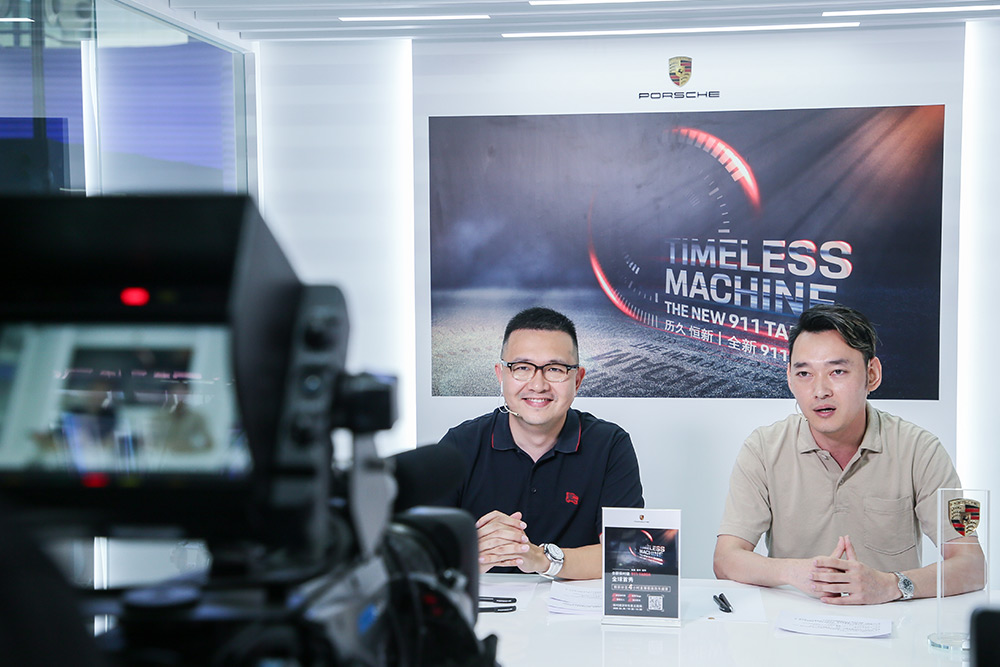 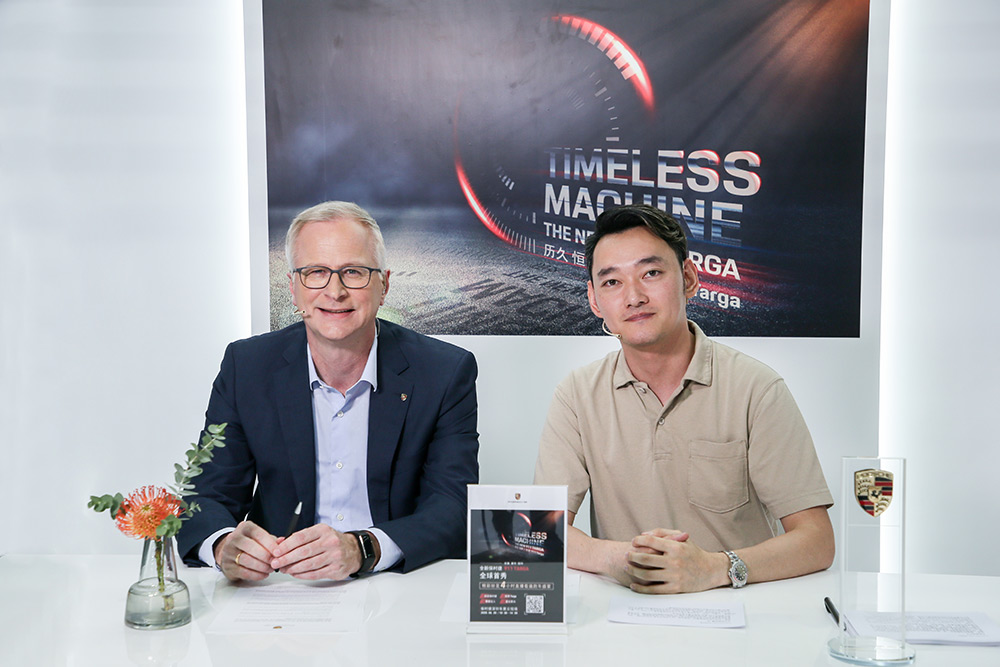 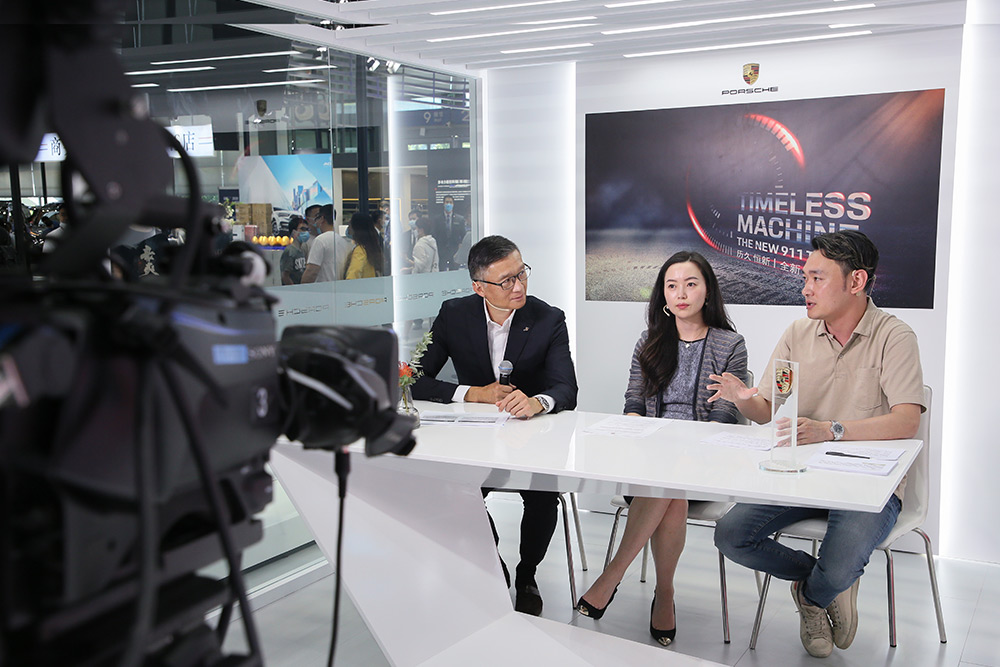 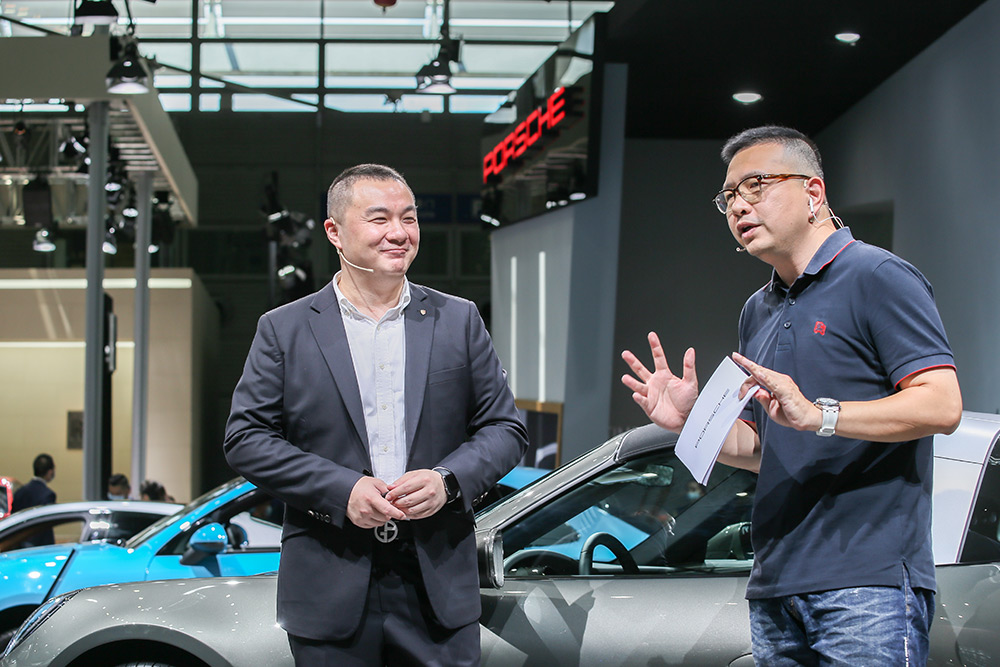 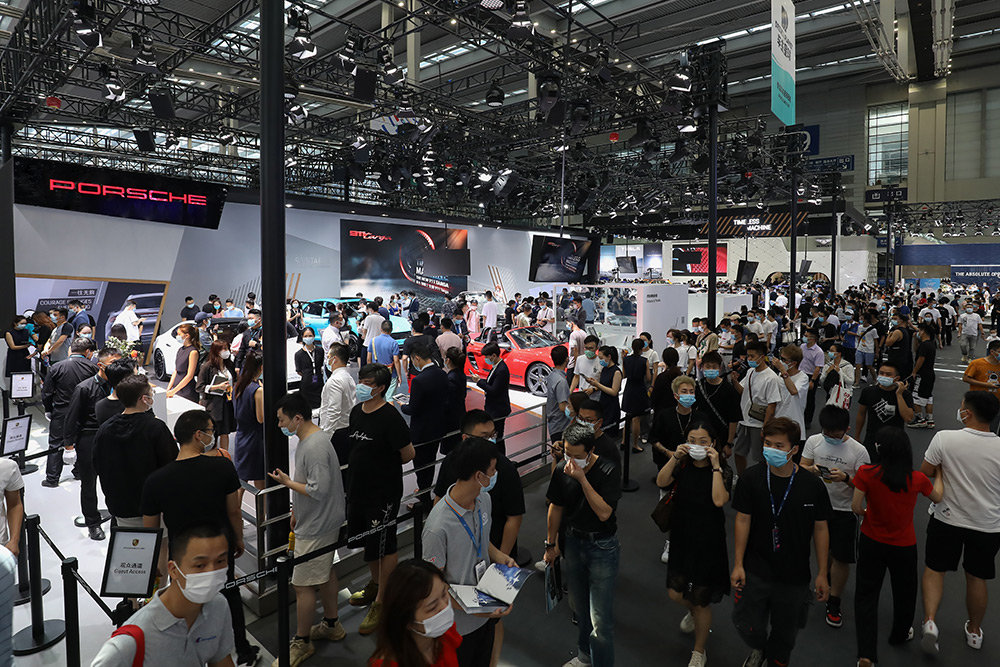 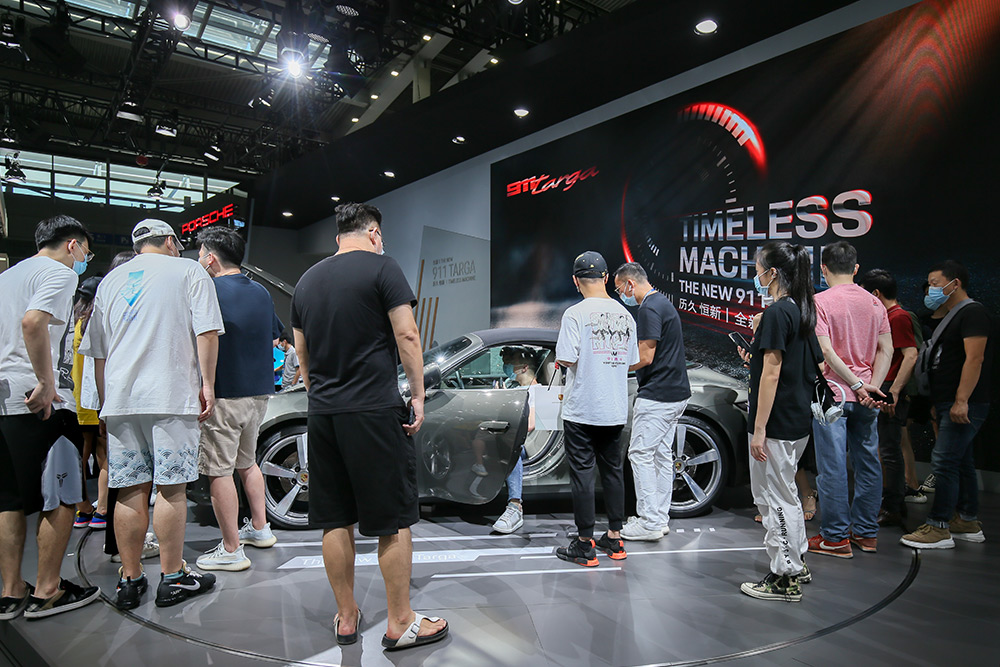 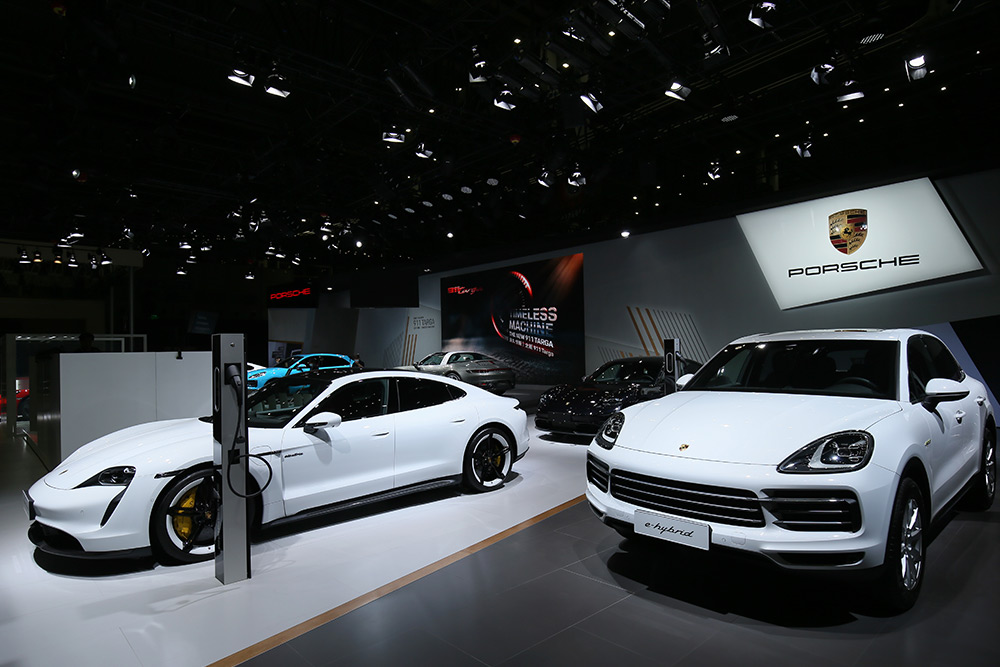 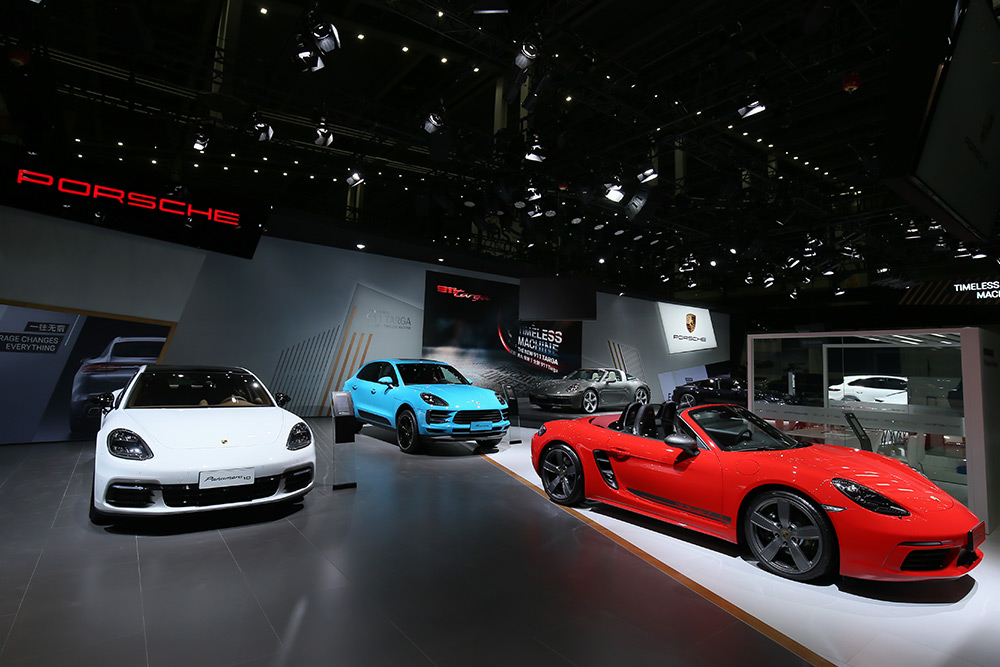 Shanghai/Shenzhen. From 20 to 28 June 2020, presents its full model line-up at the Guangdong-Hong Kong-Macao Greater Bay Area Auto Show (previously known as the Shenzhen-Hong Kong-Macao International Auto Show) with the centerpiece of the show being the world premiere of the new 911 4 – the third body variant of the eighth generation of the 911, following on from the and Cabriolet variants. It features a characteristic wide roll hoop, a movable roof section above the front seats and a wraparound rear window, combining the advantages of “open-top” driving in a cabriolet with the comfort and safety of an all-wheel drive coupé. The 911 4 has been available for order since May at the manufacturer’s suggested retail price (MSRP) of RMB 1,499,000.

“The two-door sports car market in China has been growing rapidly. Since its national launch late last year, the latest generation of the 911 has received an incredibly positive response,” said Dr. -Ing. Jens Puttfarcken, President and CEO of China. “Sales of the new 911 models climbed up 49% in the first five months of 2020, and its Customer Specified Vehicle ratio is the highest among all model lines. The new variant is a unique embodiment of the eighth generation of the 911, which provides customers with a new perspective to understand and appreciate the timeless design of the 911.”

The new 911 : a style icon beyond handling control

Originally marketed as a "safety cabriolet with anti-roll bar", the , with its detachable roof, make a breakthrough of public’s conception of what a sports car should be, and soon established itself as an independent concept and later a style icon. It has long been a favourite of sports car culture enthusiasts who have elegant, extravagant and unique tastes.

The new 911 inherits all the advanced technologies of the new generation of the 911 with its innovative, fully automatic roof system that can be comfortably opened and closed in just 19 seconds. Two integrated flat magnesium elements ensure that the soft top is always perfectly taut while also serving as both noise and thermal protection. The heated glass rear window is manufactured from weight-optimised laminated safety glass. In order to prevent damage, the standard Park Assist monitors the area behind the vehicle when the roof is opened or closed. The rear window swivels out beyond the rear of the vehicle during this operation.

Like the 911 models, the new 911 is powered by a turbocharged three-litre six-cylinder boxer engines. The engine in the 911 4 produces 283 kW (385 PS) with maximum torque of 450 Nm; the 911 4S delivers 331 kW (450 PS) with maximum torque of 530 Nm. The electronically controlled variable damping system PASM ( Active Suspension Management) is part of the standard equipment on the new 911 models. This system automatically adjusts the damping characteristics in terms of driving comfort and handling, adapting to each driving situation. Like the other eighth generation 911 variants, the models are also equipped with Wet mode as standard which guarantees maximum stability by activating Wet mode on both wet and snow-covered roads.

What’s more, also presented the 911 4S Design edition based on the new 911 with design elements from the 1950s and early 1960s, establishing a new product line which represents the “lifestyle” dimension in our product strategy. The edition is limited to 992 models at the manufacturer’s suggested retail price (MSRP) of 2,161,000 RMB.

Soul electrified, the is ready for the future

With the fully-electric making its debut, it is emphasized that is a true first and foremost. The is the pinnacle of ’s electrification efforts to date, carrying forward 's vision for the future. The future is now: the new S and were delivered to Chinese customers in late April as planned. A whole range of technical features guarantees the impressive race track performance of the : maximum pleasure created by the 2.8 second, zero to 100 km/h acceleration; the strong repeat performance record, enabling 26 consecutive 0-200 km/h accelerations without a loss of performance. All these highlights thrill sports car enthusiasts just like every other legendary sports car.

As extends its electric sports car model range, it is also fully prepared in terms of smart mobility services. facilitates simple charging that is integrated into everyday life. not only provides exclusive and secure “Home Charging”, but also strives to build an all-round public charging network, including “ Public Charging”, “Destination Charging” and “3rd Party Charging”.

In addition to appealing car models, is also committed to the promotion of sports car culture in China. Founded in April 2017, Club China has been growing rapidly and in just a few short years became the fourth largest club of owners in the world, with regional boards in Shanghai, Shenzhen, Changzhou, Beijing, Nanjing and Hangzhou. As sports car culture and the unique brand value of gradually becomes more widely known and acknowledged by the public, the second Club in South China and the seventh Club in China – Club China Guangzhou Region Board – will soon celebrate its inauguration early next month.

“Since entered China in 2001, we have been fully cultivating in terms of brands, products, dealer networks, customer services and corporate social responsibility, and have grown together with the Chinese automotive market.” said Dr. -Ing. Jens Puttfarcken, President and CEO of China. “In the face of the impact caused by the pandemic, remains responsible and optimistic by taking decisive measures. Production capacity in Germany has recovered to the level it was at before the pandemic, and our business in China was able to get back on track as early as March. In April and May, our steady sales growth in China continued. We are cautiously optimistic about the performance of the year while up against uncertainties in the future.”