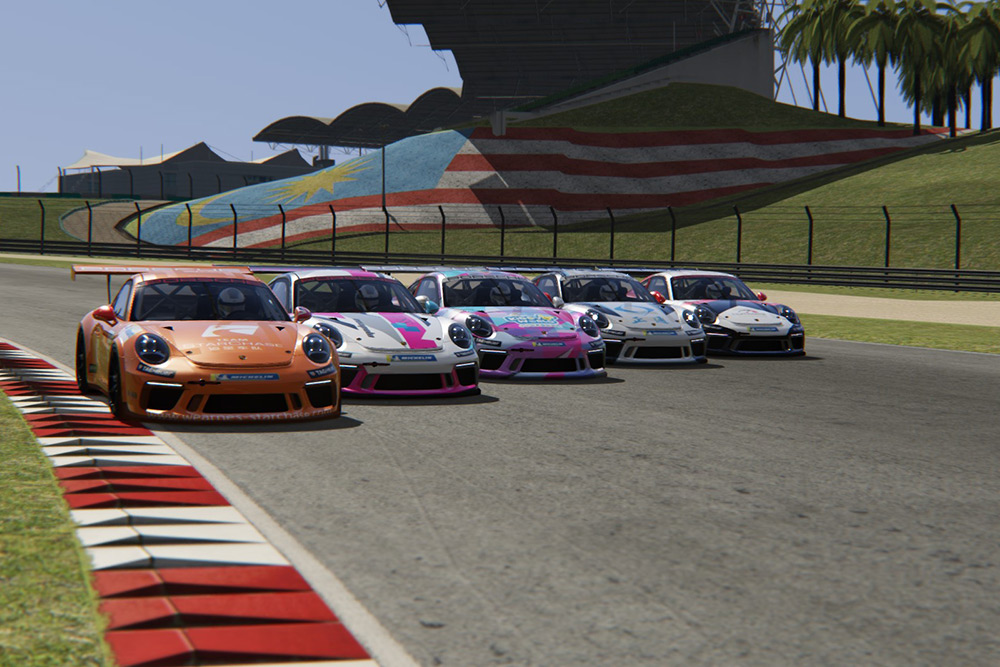 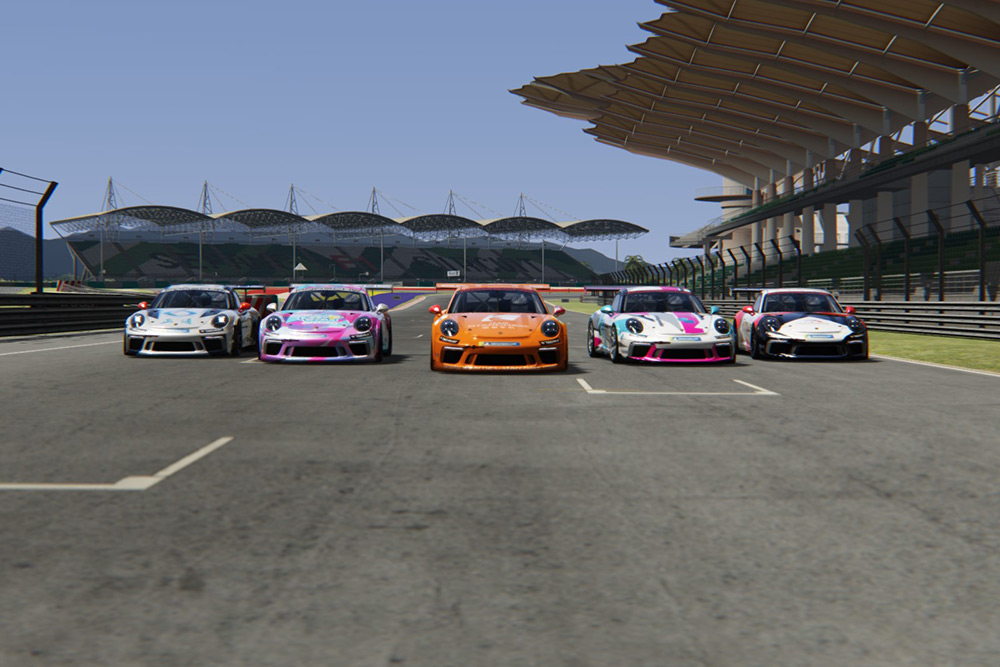 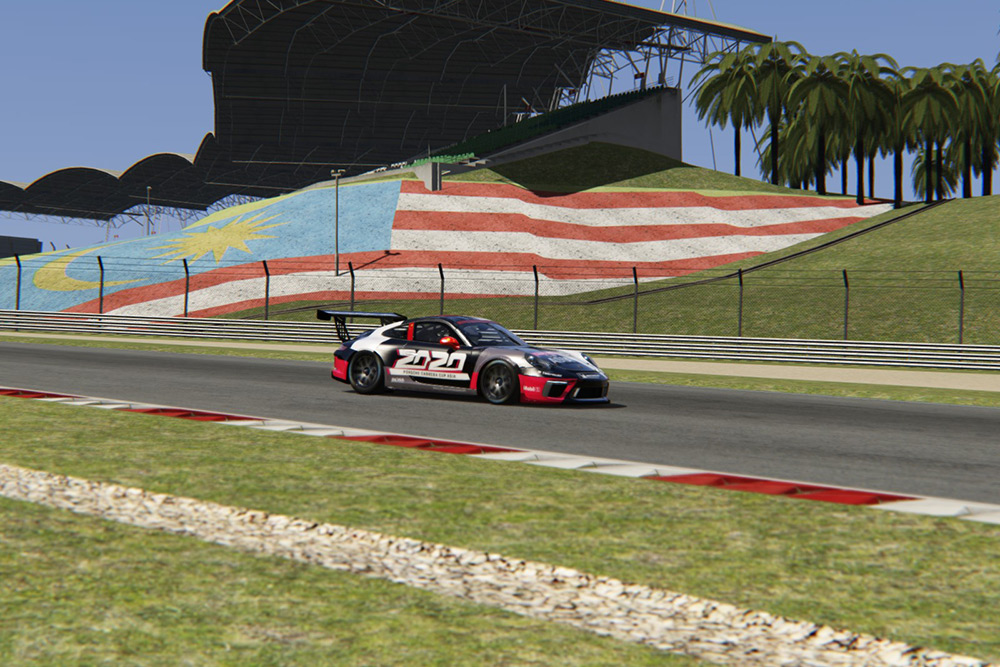 - Pro and Pro-Am drivers poised for a nailbiting finale

- Eric K has sealed the Am category with a perfect race record so far – can he make it 8 out of 8?

Shanghai. After three thrilling stops of blistering on-line racing action, the Cup Asia Virtual drifts into the final fixtures of the season for two rounds at Malaysia’s much-loved Sepang International Circuit. Despite this being the final stop, this thrilling virtual series is still attracting top racing talent. New to the series this stop we have Ma Li, racing for SuperHP racing with pink pig livery. Ma is the first female Chinese driver to appear in the Cup Asia Virtual . For the grand finale of this inaugural Virtual , a special guest commentator will also be joining the Chinese commentary team in the form of Centre Beijing Central & Goldenport’s Li Chao. Li is a long time Cup Asia veteran with over 100 appearances in the series.

Please use the following link to watch the livestream with English language commentary: http://www.carreracupasia.com/en/

The livestream can also be viewed on facebook via the following address: https://www.facebook.com/CupAsia/

In case you are having technical problems accessing facebook on your end, please try this Huya link instead:https://www.huya.com/newsport

Sepang International Circuit is more than just a world renowned former F1 track, it has a special place in Cup Asia history. All the way back in 2003, the Cup Asia’s first ever race was held on Sepang International Circuit. Fittingly, the series’ 200th ever race was also held at Sepang in 2019, bringing the series full circle back to where it all began. Over the years, the

Cup Asia has made 42 appearances on the 5.543 km, Herman Tilke designed track. Cup Asia drivers have typically tackled Sepang’s 15 turns and long straights during the day time, and in 2019 the series held its first ever night race under Sepang’s floodlights.

Championships up for grabs

With two final races to go before the champions are crowned, the deal has already been sealed in a couple of our ongoing leaderboards. Team StarChase, and their young driver Johnathan Hoggard, have already clinched the Dealer Trophy. Hoggard has maintained a perfect record for StarChase throughout the season, taking home six victories out of six races in his recognisably orange liveried car. The Am category – which made its Cup Asia debut this year – has been claimed by KiddyWorld Racing’s Eric K., who put in an absolutely dominant performance, not only maintaining a perfect record with six wins out of six, but also leapfrogging an entire driver category to finish Round 5 not only ahead of every other Am driver, but in front of every Pro-Am driver as well.

While the Am category and the Dealer Trophy are all sewn up, the Pro and Pro-Am categories are currently wide open. Having raced a stunning season, Modena Motorsports’ Antares Au saw his unstoppable season unceremoniously stopped in Round 6, finishing a paltry fourth in the Pro-Am category, following a season of first and second place finishes. ZhengTong Auto’s Bao Jinlong has been stalking Au all season, and finally has him in his sights. Going into the final two races, Au is only 14 points clear of Bao. Bringing up the rear, but not to be discounted, we have Dorr Novena Racing’s Yuey Tan who is 19 points behind Bao and 33 points behind Au, meaning that the Singaporean driver will have to earn himself a double victory at the last stop to be in with a chance of taking home the championship.

Following a calamitous stop for Modena Motorsports Benny Simonsen, the previous points leader – who had been leading the scoreboard all season – is currently second overall, and trailing Hoggard by 26 points. Team CUITIMATE’s Cui Yue is currently in third, just 8 points behind Simonsen, while Bunjong Motorsport’s Tanart Sathienthirakul is a tantalising three points behind Cui.