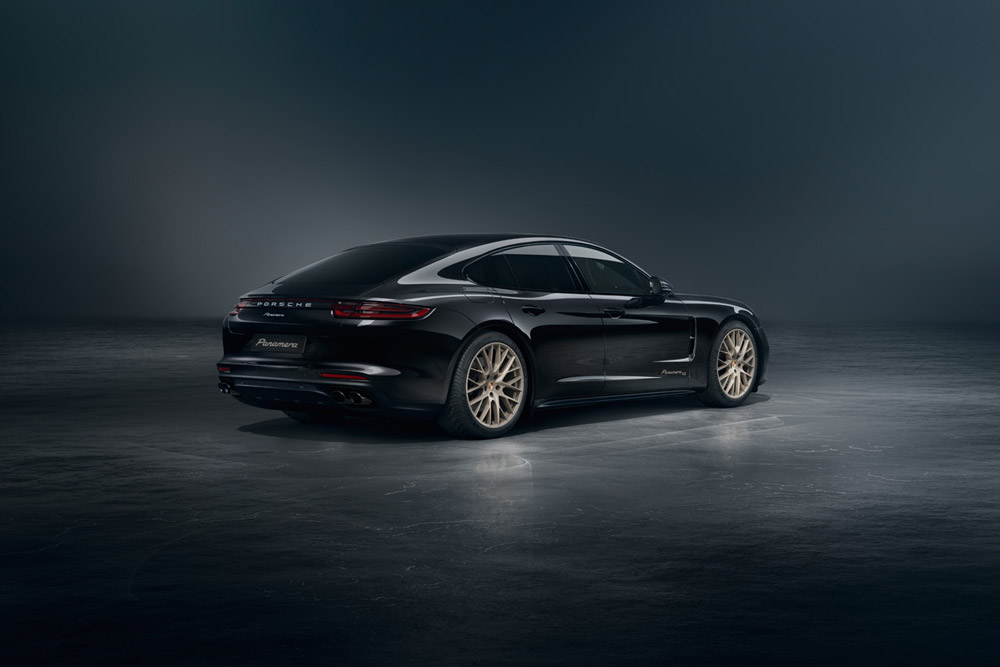 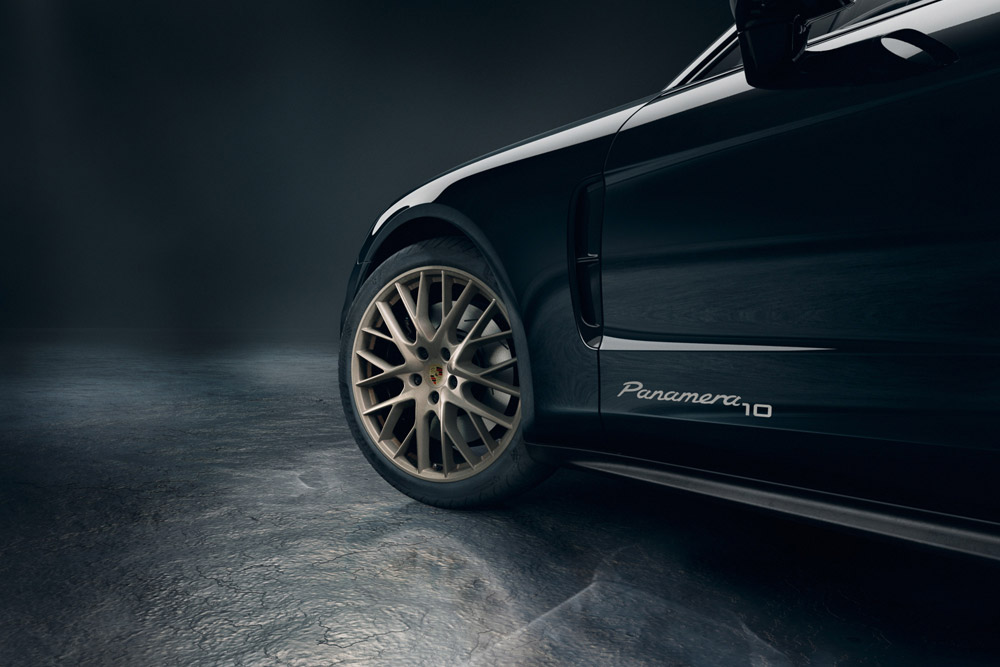 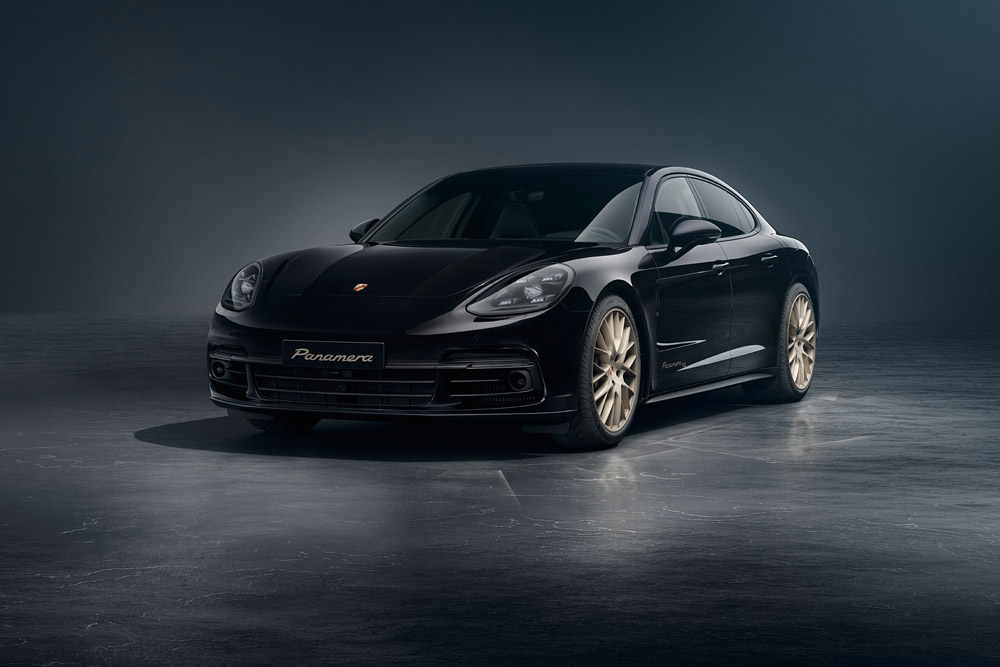 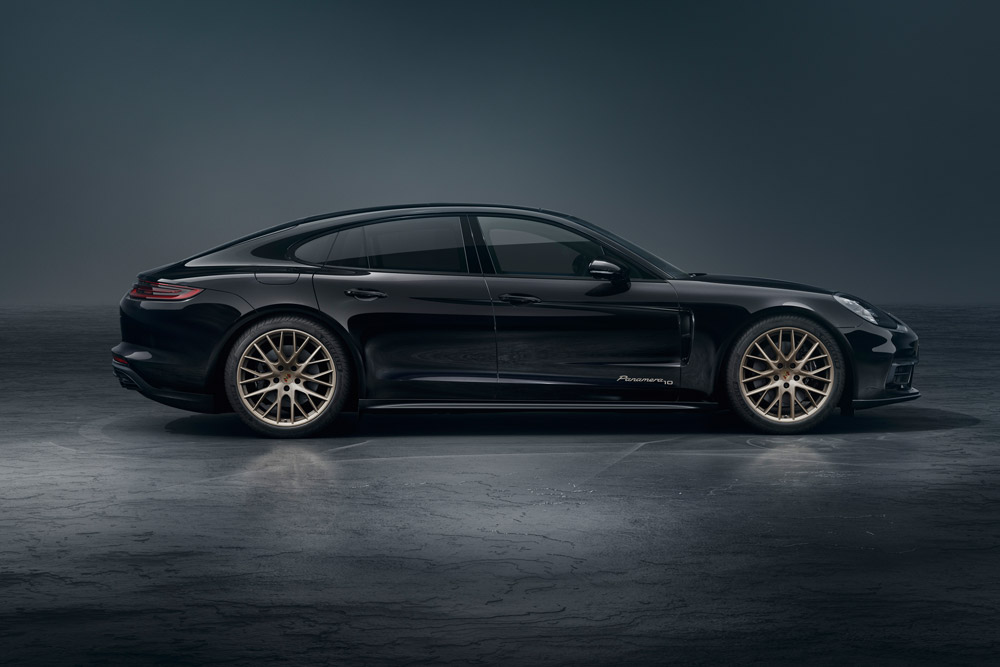 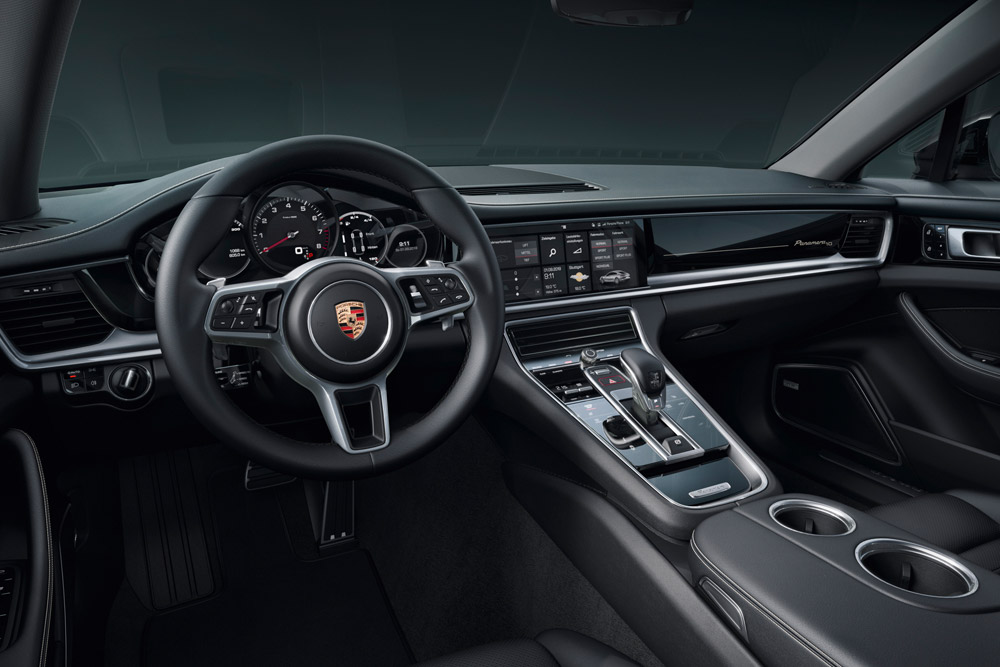 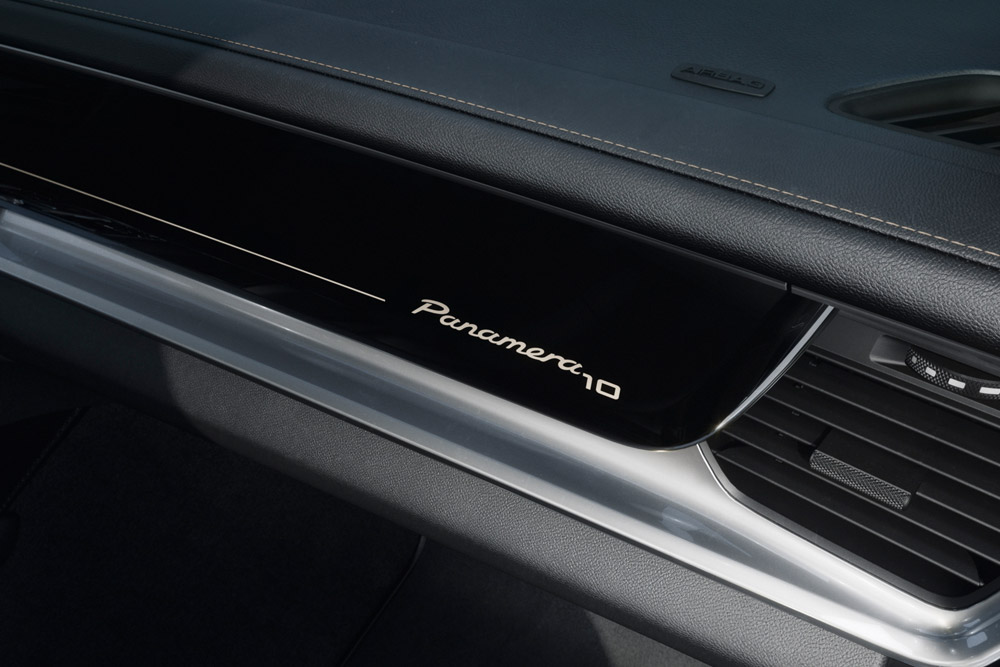 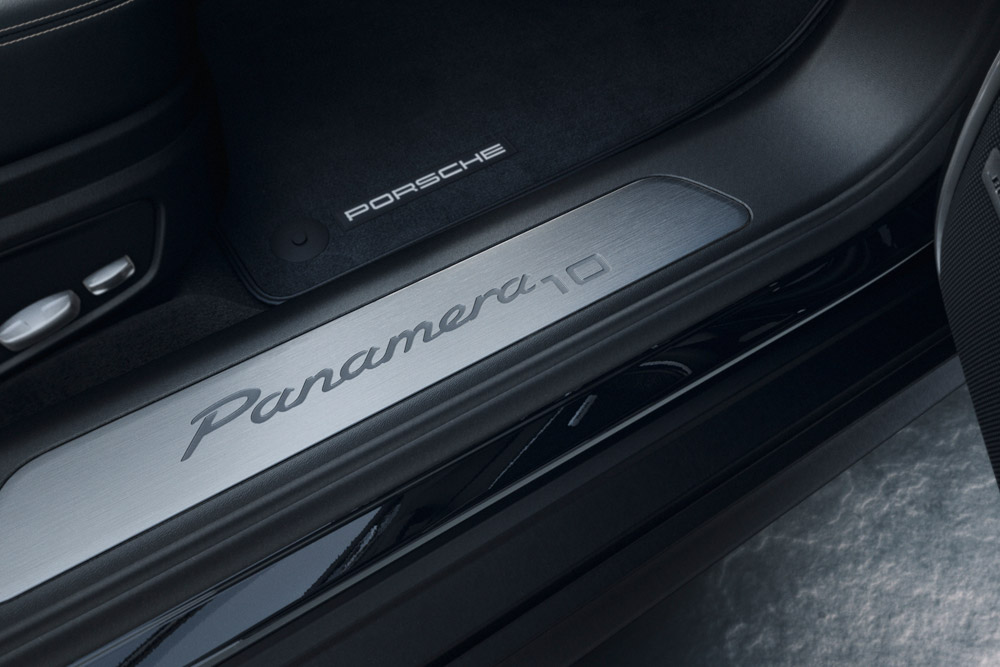 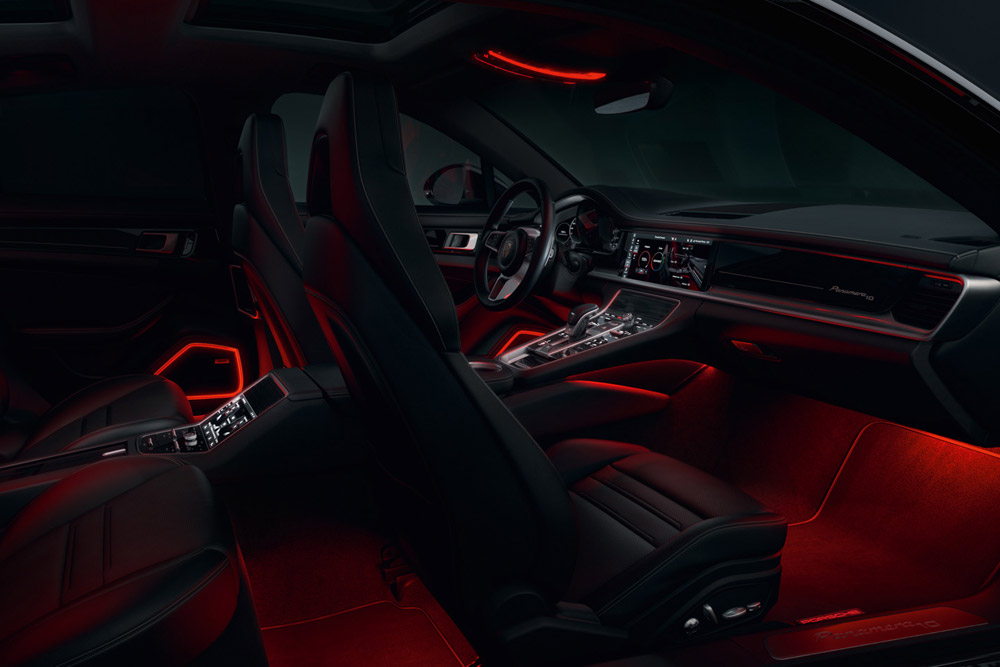 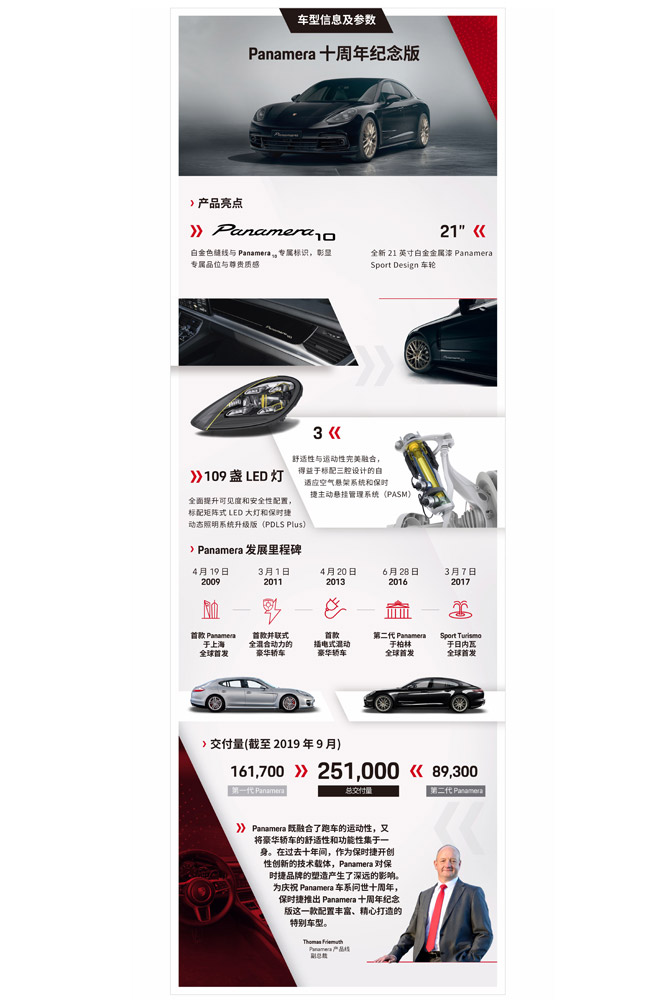 Shanghai/Stuttgart. is celebrating the tenth anniversary of the line with a special edition. The new 10 Years features particularly extensive standard equipment in the areas of comfort and the chassis, and has also been enhanced with exclu-sive design highlights. For example, the new 21-inch Sport Design wheels in satin-gloss White Gold Metallic and the “10” logo on the front doors, also in White Gold Metallic, are exclusive to the special-edition models. The anniversary logo can also be found in the interior on the front passenger trim panel and on the door entry guards. The interior is designed in black partial leather. Decorative stitching in White Gold creates a particularly high-quality impression.

Many additional extras as standard

The 10 Years models come ex works with a host of additional comfort and safety features: the LED matrix headlights including PDLS Plus, Lane Change Assist and Lane Keeping Assist and Park Assist including surround view are part of the extended stand-ard equipment, as are privacy glass, the heated 14-way comfort seats with crest on the head restraints, 4-zone climate control, ambient lighting and the BOSE® Surround Sound system.

With the standard adaptive three-chamber air suspension including Active Suspen-sion Management (PASM) and Power Steering Plus, the 10 models are also ideally equipped for outstanding driving dynamics.

Sports car, luxury saloon, hybrid pioneer: the history of the

Like no other car in the luxury car class, the has combined the performance one would expect from a sports car with the luxury and versatility of a touring saloon since 2009. In addition, the has decisively shaped the brand over the course of the last ten years as a technology platform for innovations that were later also transferred to other Por-sche models. The current, second model generation is manufactured entirely in the plant in Leipzig, and comes in three different body variants. Over 250,000 units have been delivered so far.

A for four – over the course of the company’s more than 70-year history, engineers kept coming back to this idea. However, prototypes such as the Type 530 based on the 356, lengthened variants of the 928 or the four-door coupé Type 989 did not make it into series production. At the start of the new century, the decision was taken to develop a four-door hatchback saloon. The specifications included outstanding driving dynamics, generous space conditions and a quintessentially appearance. The first – with the internal designation G1 – made its public debut on 19 April 2009 on the 94th floor of the World Financial Center in Shanghai, and set standards in its class thanks to the wide spread be-tween sportiness and comfort. And it was packed with innovations: for the first time, a luxury-class production model was offered with a dual-clutch transmission and start-stop system. The flagship model also introduced air suspension with additionally switcha-ble air volume, as well as an adjustable, multi-dimensionally extendable rear spoiler. The Gran also paved the way for all other model lines with its new display and operat-ing concept.

In 2011, the set the stage for a new age of electromobility: as the first parallel full hybrid in the luxury class, the S Hybrid was the most economical to date despite a power output of 380 PS. Two years later, the S once again led the way in the segment as the world’s first plug-in hybrid. The model range continued to grow quickly, and the was extremely important for : the Gran – with an output of up to 570 PS and also available with a lengthened wheelbase from 2013 – estab-lished the brand in a new market segment.

All new: the second model generation from 2016 onwards

The development of the second generation (G2) followed several paths: alongside the saloon, which celebrated its world premiere in Berlin on 28 June 2016, and the long ver-sion, a third variant was developed on the joint platform: the Sport . As from 2017, its avant-garde design and body concept brought more versatility to the luxury class. The G2 is even sportier and more elegant, but with the same generous space. The attractive exterior once again houses a host of innovations, including a digitised display and operating concept. Thanks to chassis systems like the three-chamber air suspension, rear-axle steering and the PDCC Sport electromechanical roll stabilisation system, the is equally at home both on the streets and on the track. The power range of the petrol engines extends from 330 to 550 PS. In addition, fully embraced electric performance with the second generation: the boost strategy adopted from the 918 Spyder allows sports car-like performance in combination with high efficiency. The top model is the S with a system power of 680 PS.