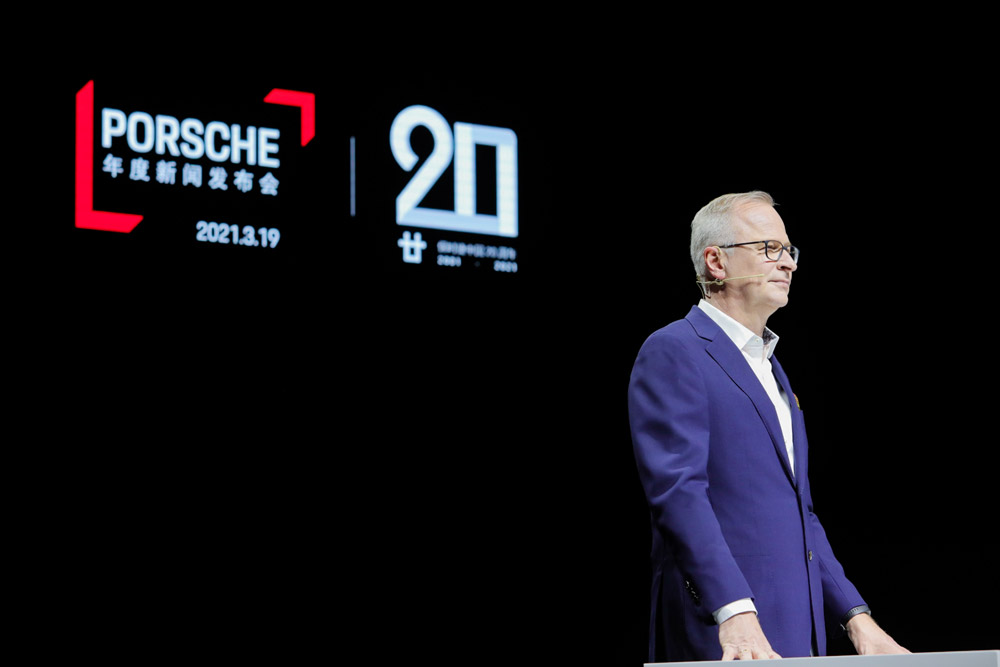 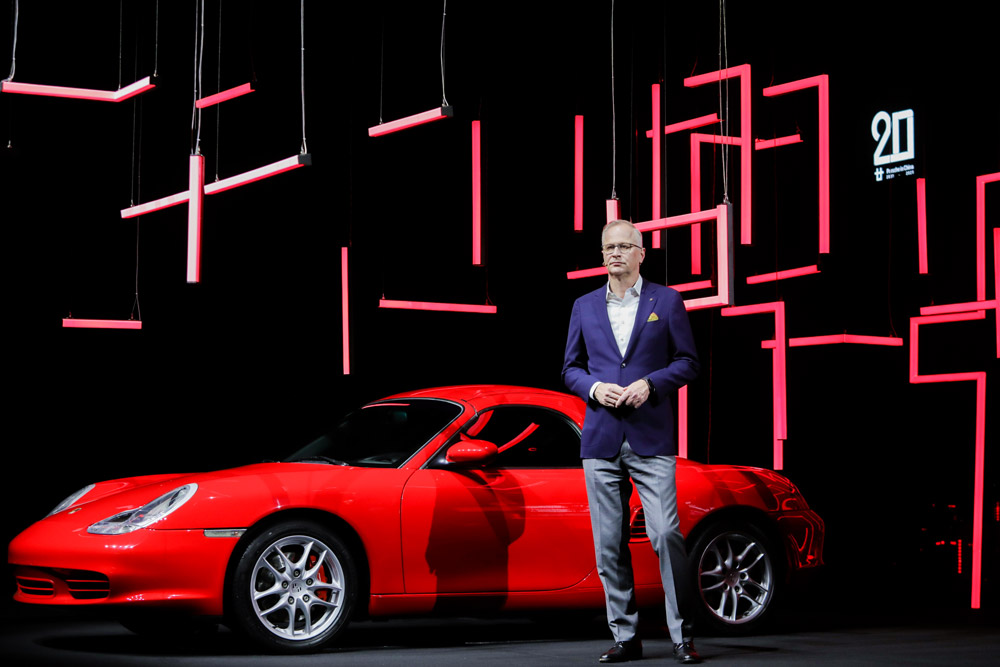 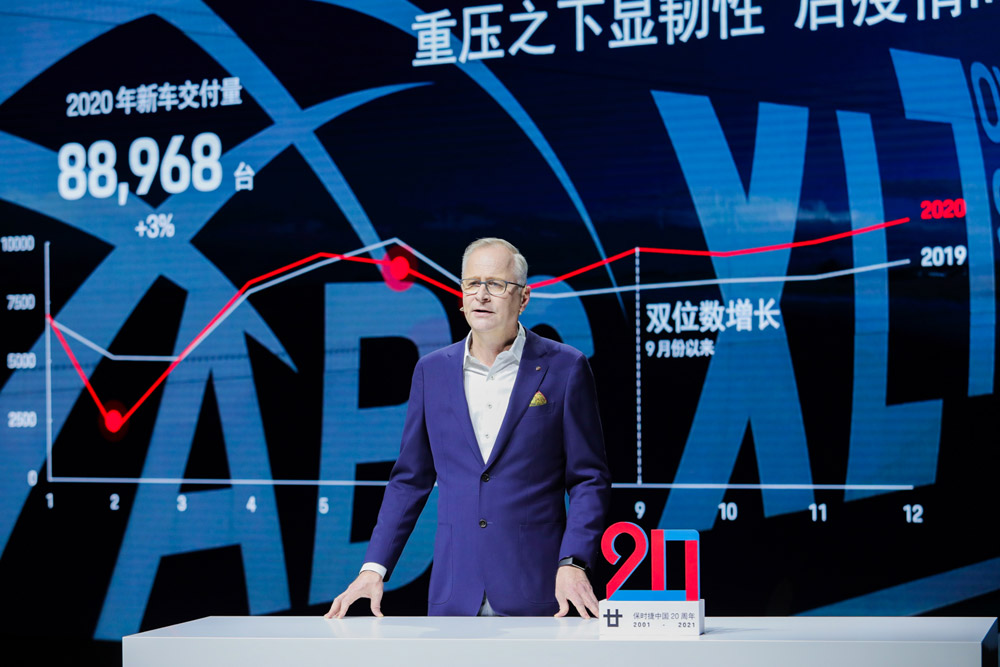 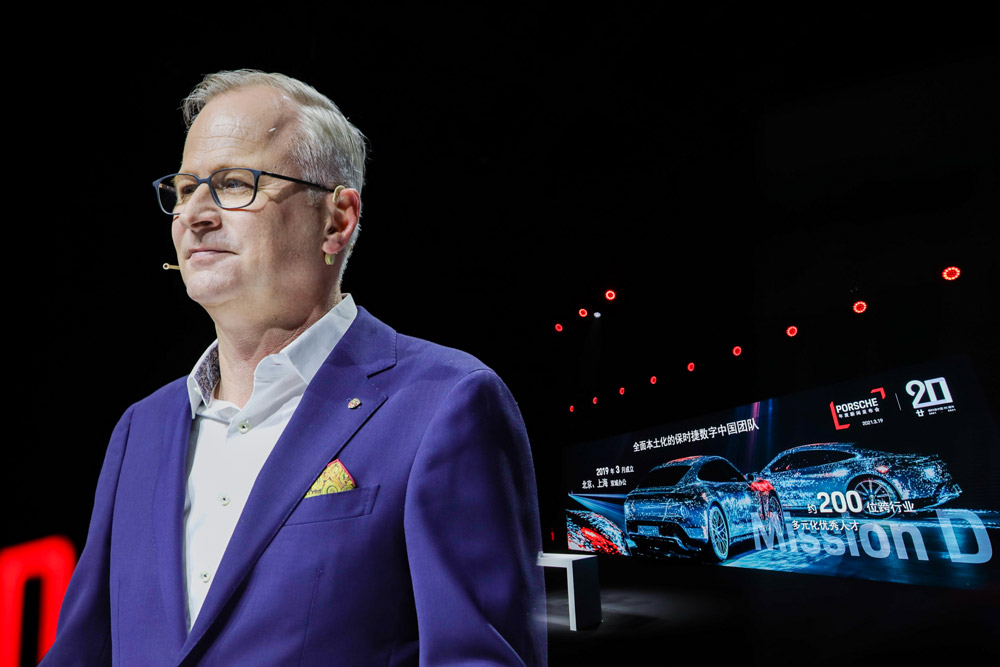 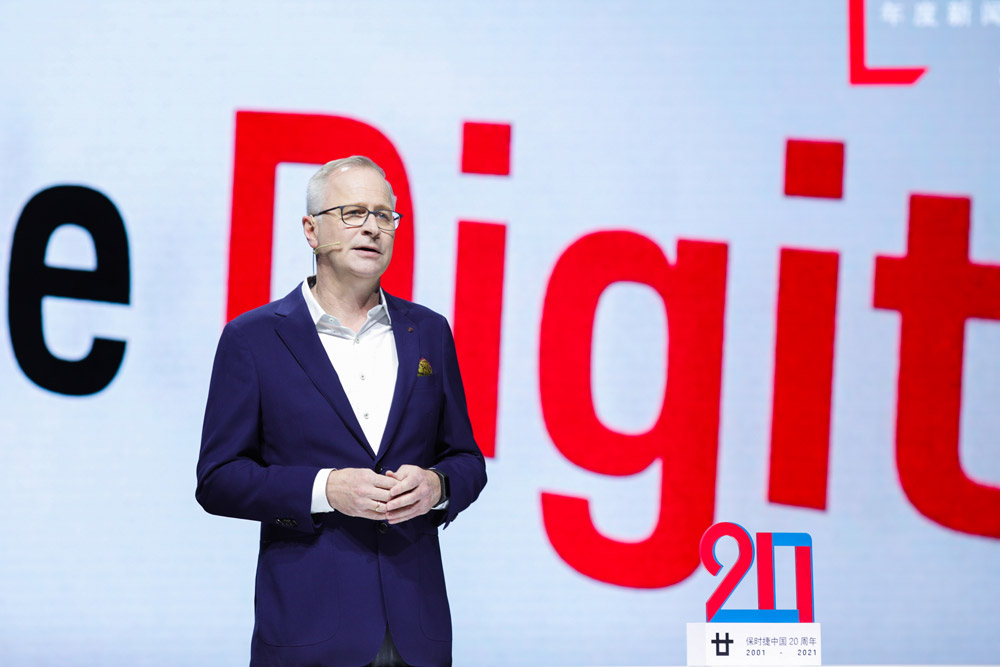 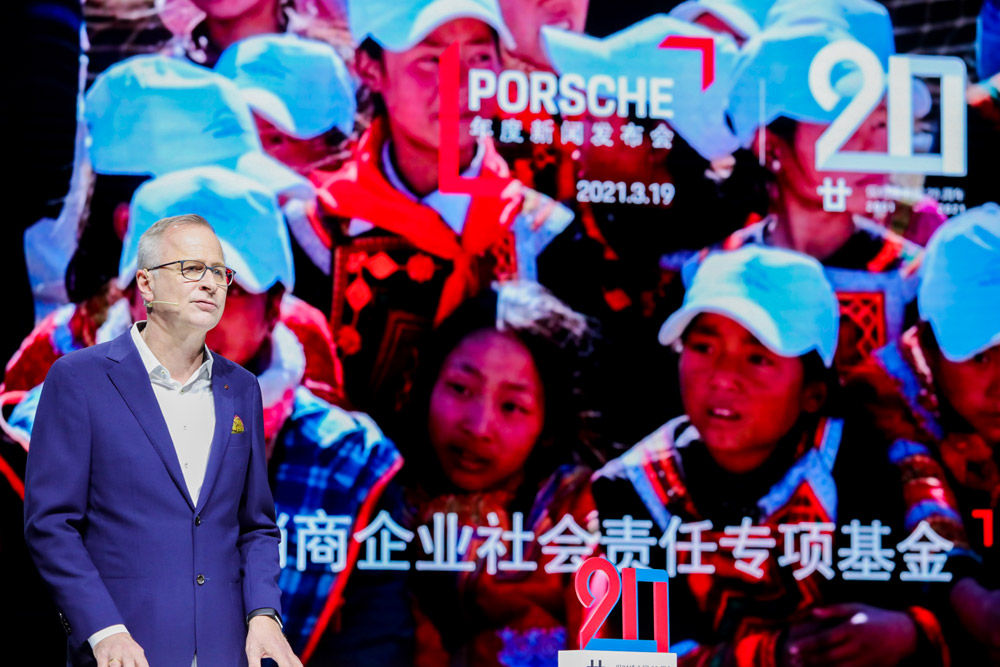 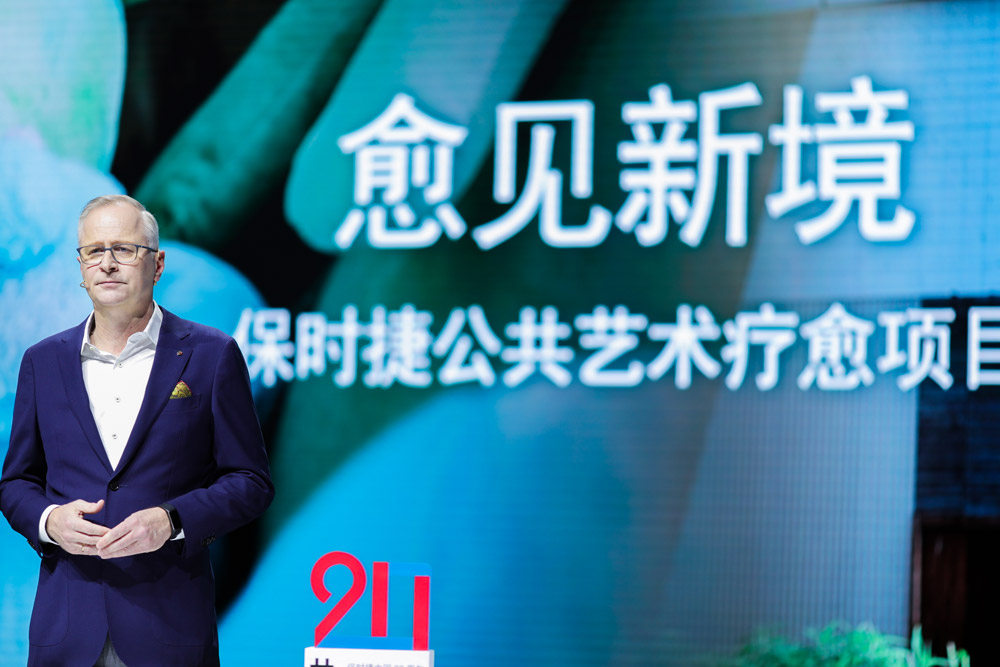 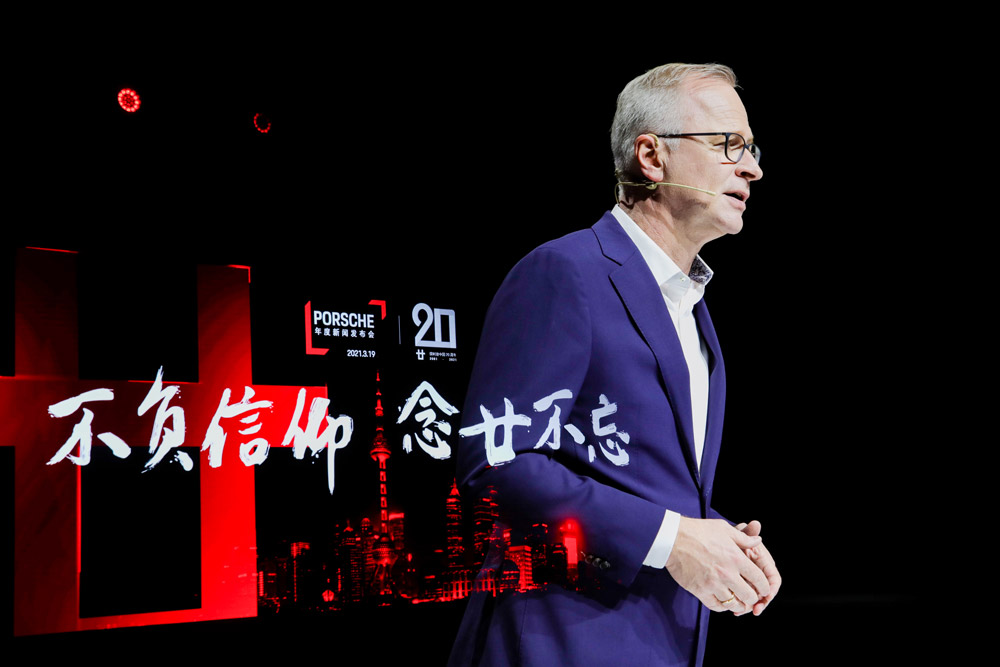 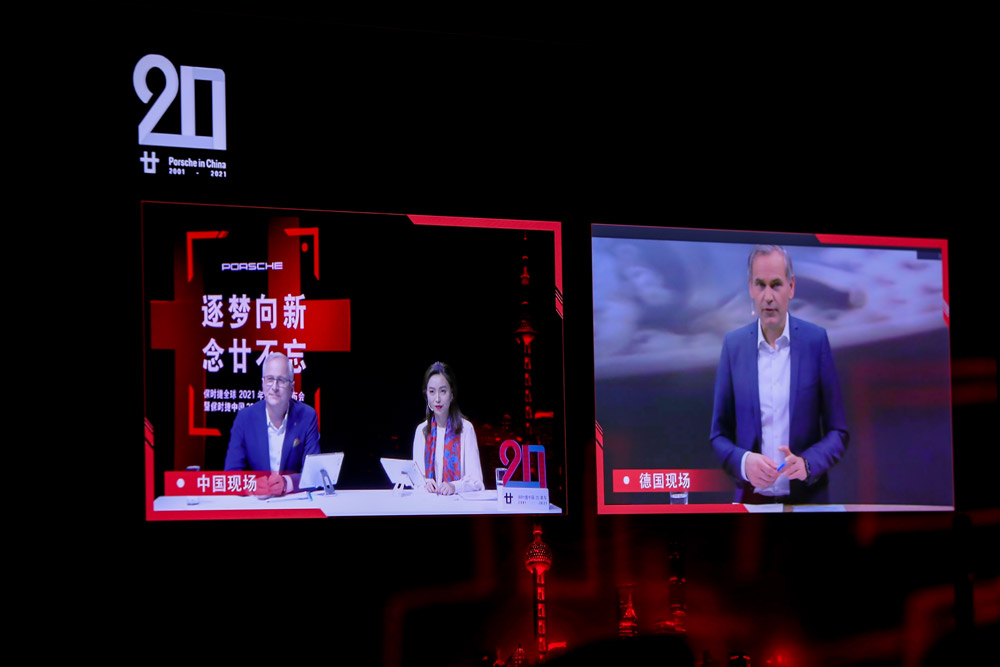 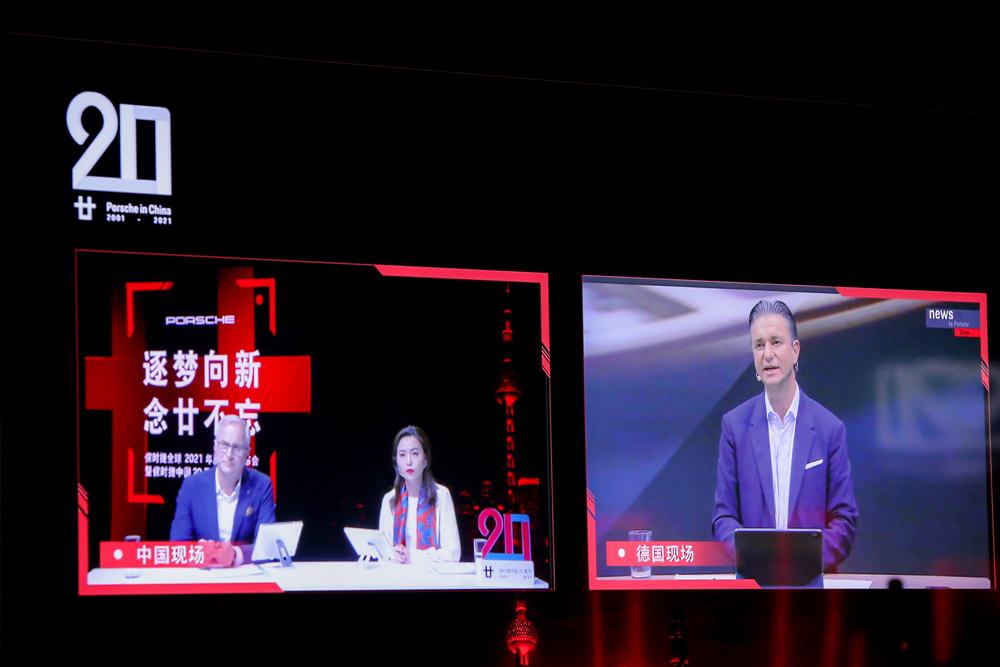 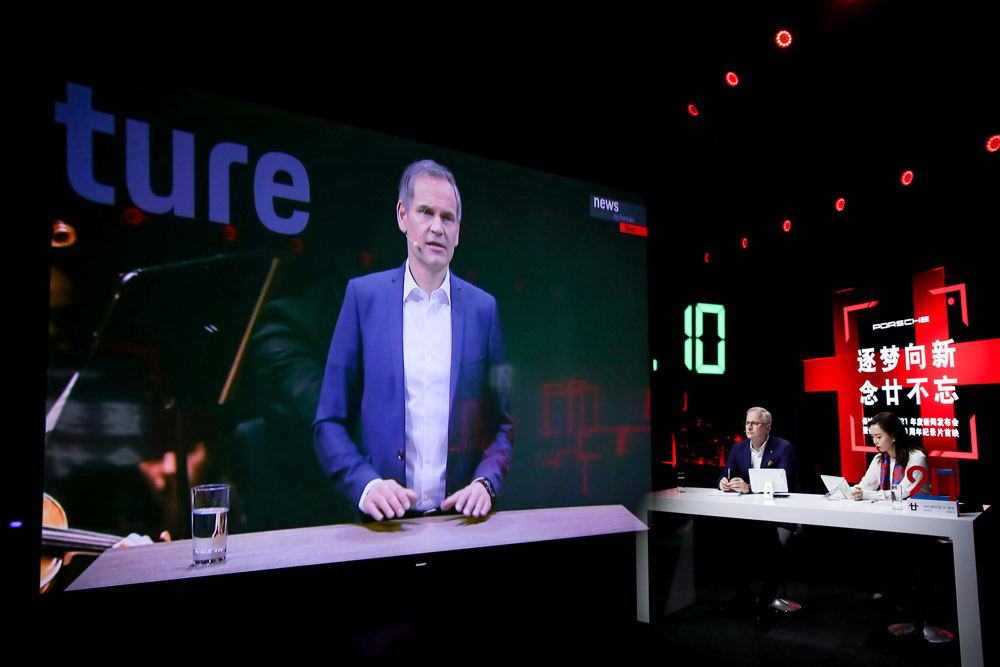 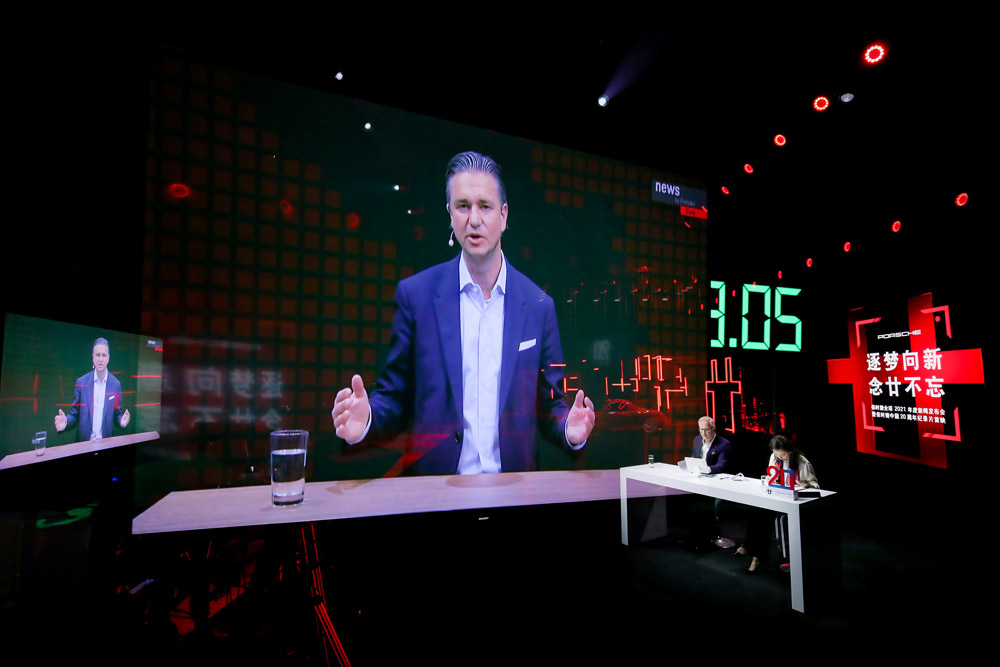 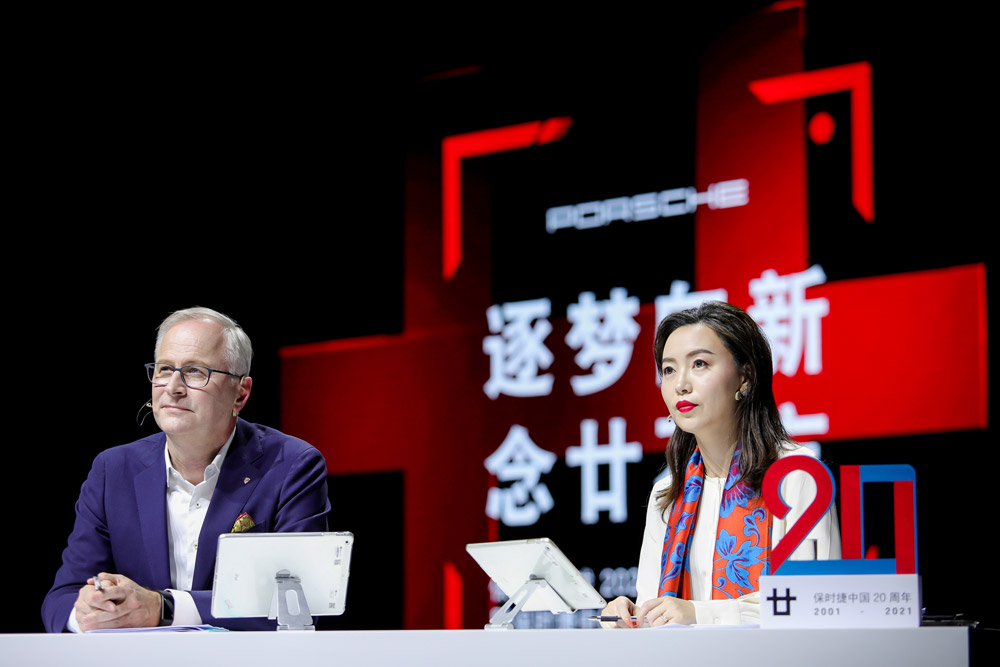 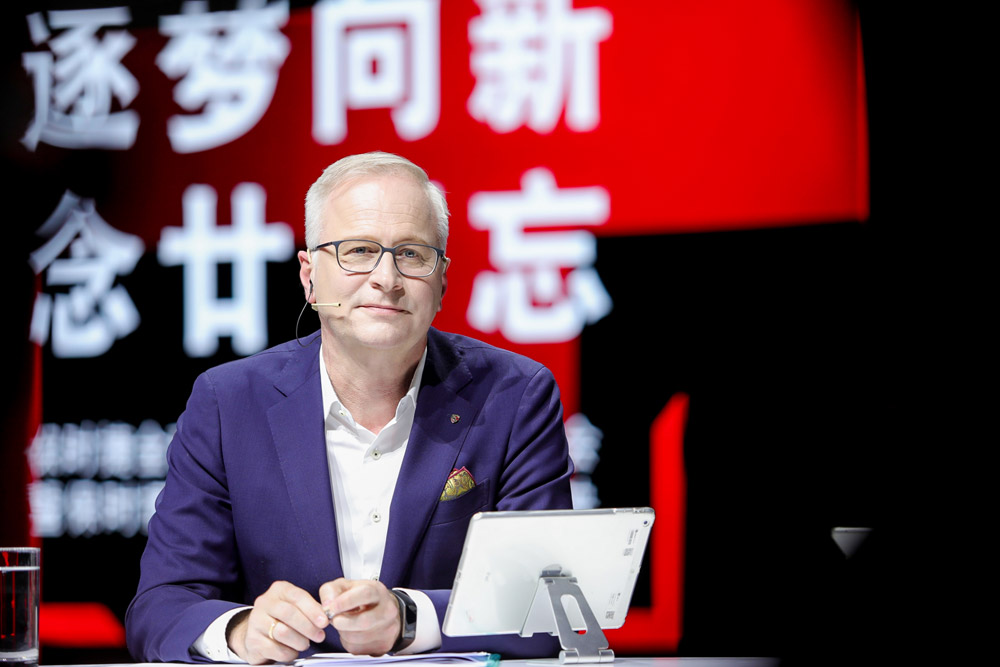 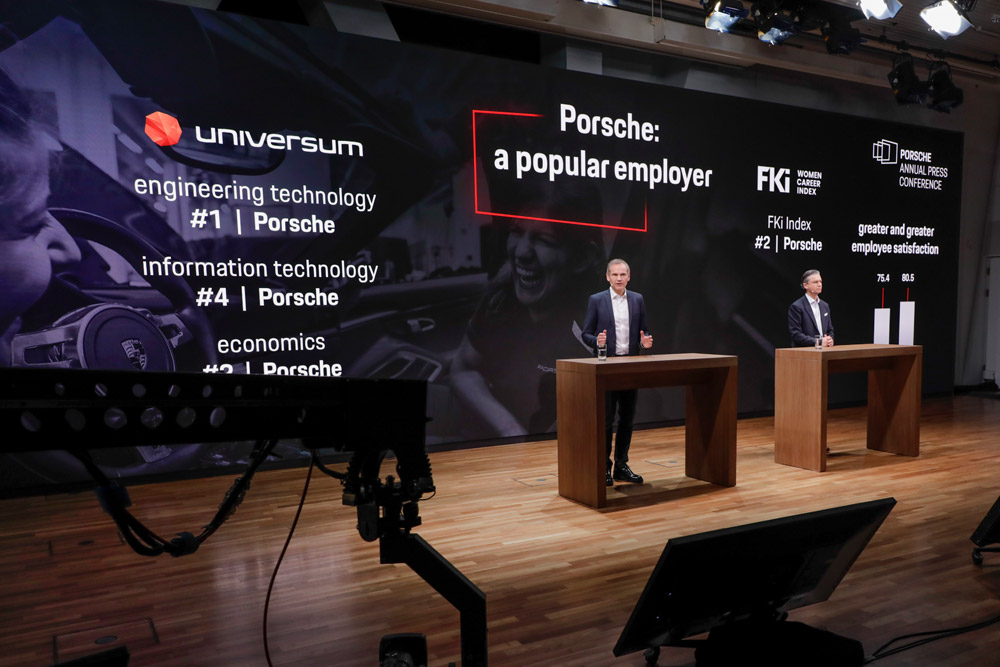 Facing up to the challenges of the COVID-19 pandemic, AG achieves not only sustainable growth but new revenue records in fiscal year 2020
sets itself another ambitious target: achieving a CO2-neutral balance sheet throughout the entire value chain by 2030
Investing confidently in the future, driving the digital and electrification transformation at full speed
Aiming for a 15% strategic return on sales in 2021
As enters its 20th year in the Chinese mainland, the country becomes one of the main markets for building 's core competencies for the future

Shanghai/Stuttgart. AG set a new revenue record in the 2020 financial year: its value grew to 28.7 billion euros, surpassing the previous year’s figure by more than 100 million euros. The operating result is 4.2 billion euros. The previous year it was 4.4 billion euros before special items and 3.9 billion euros after. The return on sales was 14.6 percent in 2020, within the strategic target corridor despite the tense economic situation. The strong figures from 2019 were thus only barely missed, despite a temporary shutdown of production. In total, delivered more than 272,000 vehicles to customers worldwide. This is just three percent less than the previous best year, 2019. The profit before tax was 4.4 billion euros, an increase on 2019.

In 2020, delivered 88,968 new vehicles to Chinese customers, up 3% year-on-year, through 134 sales outlets across the country. China remained the largest single global market for for the sixth year in a row. Amidst the predicament challenges of the world-changing pandemic, the Chinese market has propped up 's global financial performance. Since the September 2020, China has maintained a double-digit growth in sales, a momentum that continues into 2021. In the first two months of this year, delivered a total of 13,910 new vehicles to Chinese customers, representing an increase of 54% year-on-year, and up 17% compared to that of 2019.

In addition to record new deliveries, China also made significant progress in other sectors: 's financial services penetration rate reached 47.1%, 7 percentage points higher than 2019. The volume of financial services contracts reached 40,832, an increase of 22% year-on-year. Approved Pre-owned cars completed 4,868 deals, a stunning rise of 41% year-on-year and almost quadruple that of 2016. 2020 also witnessed a 12% increase in the average demand for Options per car compared to last year.

“The financial year 2020 was successful for – despite the challenging circumstances,” emphasises Oliver Blume,Chairman of the Boardof AG. “There are four reasons for this: our attractive product range, convincing electric models, our brand’s innovative strength and the determination with which we approached our crisis management. More than 20,000 units were delivered, the first all-electric sports car. This makes it the most successful electric sports car in its class. More than 50 international awards attest to this. Among other things, the was named the ‘world’s most innovative car’. stands for a robust core business, sustainable action, social responsibility and innovative technologies.”

“We’re very proud of our business figures,” says Lutz Meschke, Deputy Chairman of the Board and Member of the Board for Finance and IT of AG. “Despite the numerous challenges, we achieved our strategic target corridor with an operational return on sales of 14.6 percent.”

According to Lutz Meschke, the fact that such record figures were achieved despite the difficult global situation was made possible by a very swiftly established cost and liquidity management system. “Our top priority in the crisis was liquidity. We needed to reduce all costs that were not absolutely necessary.” At no stage did lose sight of its long-term strategic direction. “We didn’t scrimp at all when it comes to the future topics. We continue to proceed at full speed on transformation, digitalisation and electrification. Attempting to economise in these areas will very quickly result in a loss of competitiveness. Our cost and liquidity management provided a benchmark. We protected our business so we can get going again at full steam once the crisis ends.”

Honing of the profitability programme

With this in mind, once again honed its ambitious “Profitability Programme 2025”. “Our new goal is to improve our results cumulatively by 10 billion euros by 2025, and by 3 billion euros per year after that,” says Lutz Meschke. “The most important thing about our profitability programme is that it’s not just a savings plan, it’s also a programme of innovation. It’s not about cutting costs. It’s about intelligently optimising all of our processes and developing new business ideas.” In a difficult market environment, has kept the number of employees constant at around 36,000. “No employee needs to be concerned. We concluded a job security agreement that guarantees the jobs of our core workforce until 2030,” says Lutz Meschke. “We’re not cutting any jobs or getting rid of any subsidiaries. On the contrary, we’re investing in our employees and in our future. We want to achieve our strategic goal of an operational return on sales of 15 percent in 2021 as well, despite the difficult economic situation.” As in the previous years, shared the company’s bounty with the workforce.

targeting a CO2-neutral balance sheet for 2030

In the face of continuing climate change, AG set itself another ambitious target: “Sustainability is an important part of our Strategy 2030 – holistically: economically, ecologically and socially,” says Oliver Blume. “We launched a comprehensive decarbonisation programme with a firm target in mind: wants to have a CO2-neutral balance sheet throughout the entire value chain by 2030. We will achieve this by systematically avoiding and reducing CO2 emissions. All of the major sites like Zuffenhausen, Weissach and Leipzig have been CO2-neutral since 2021. We’ve earmarked more than a billion euros for decarbonisation over the next 10 years. We’ve reached the first milestone: the Cross , which had its world premiere at the beginning of March, is the first vehicle that will be CO2-neutral throughout the use phase.”

In 2020, a third of all vehicles delivered in Europe were fully or partially electric; worldwide it was 17 percent. In 2025, half of all new vehicles sold will have an electric motor; in 2030, more than 80 percent of the new vehicles will be electric.

For , socially responsible action also comes under the umbrella of sustainable management. In 2020, the Group increased its donation volume to 21 million euros, supporting more than 200 individual projects catering to education, culture and sports. The Ferry Foundation, established in 2018, was very active last year. The foundation supports projects in science, research, training, education and upbringing. The focus is on the promotion of children and young people. China made a charitable donation of 5 million RMB in fighting against the COVID-19, of which, 3 million RMB was directly donated to frontline medical workers as humanitarian subsidies. The other 2 million RMB was used for public disease control and prevention training.

When it comes to deliveries, benefited from its strong global positioning. The number of sports cars delivered to customers remained largely stable. The greatest demand was for the , with 92,860 units delivered. This is an increase of one percent compared with the previous year. A total of 20,015 units of the were delivered in 2020 – despite the six-week production shutdown in spring that coincided with the start of production of the new model as well as numerous market premieres. The Asia-Pacific, Middle East and Africa regions also continued to show positive growth overall, with 121,641 vehicles delivered there in 2020. This was a four percent increase compared with the same period in the previous year. delivered a total of 80,892 vehicles in Europe. In America, this number was 69,629.

Walking with the times, China celebrates its 20th anniversary

The year 2021 marks the 20th anniversary of 's entry into the Chinese mainland. Over the past 20 years, against the backdrop of China's robust economic development and rapid change in the automotive industry, China has moved with the times, attracting over 600,000 Chinese customers to join the world of , as well as making significant strides in product supply, dealer network, customer services, brand experience and business footprints. At the same time, has been a pioneering force in nurturing China's motorsport culture. introduced the Cup Asia in 2003 and has gradually built up an entire motorsport pyramid to take Chinese drivers from curious amateurs to record-smashing racing superstars, promoting and witnessing the blossoming of motorsport culture in China.

For AG, the Chinese market has grown in importance and influence over the past 20 years, transforming from the largest single sales market to an innovation powerhouse, and making China one of the main markets for 's future core competencies.

On 1 January 2021, Digital China Ltd – which evolved from the Digital China team – was officially established. The team has made several local digital achievements in 2020, such as the official WeChat Service Account, the App, the Approved Pre-Owned Car WeChat applet, the ’s Lifestyle Flagship store on Tmall e-commerce platform, the One Marketplace, and the One Sales (POS), which optimises the business operation at dealerships.

To commemorate the 20th anniversary of ’s entry into the Chinese mainland, a 5-episode documentary series – Belief, resonates– has been filmed and produced by China, and celebrated its world premiere of episode one on 19 March. The documentary series presents the passion, opportunities, conflicts and challenges that have woven together to create China’s story over the past 20 years, while also maintaining a focus on what has in store for the future.

Welcome to the Newsroom microsite https://www.porsche-newsroom.cn/20/index.php to take a look back on the 20-year development of and China.

For the Annual & Sustainability Report 2020, please visit www.newsromm.porsche.com for details.