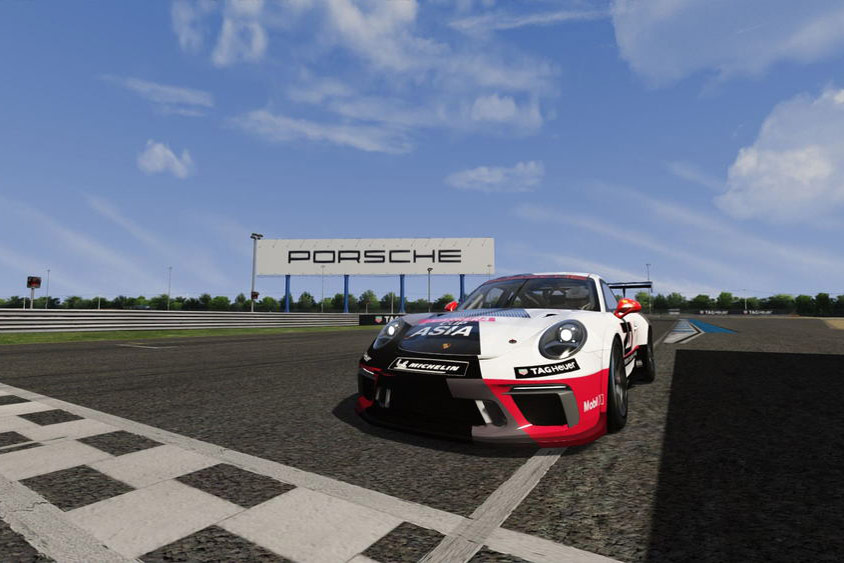 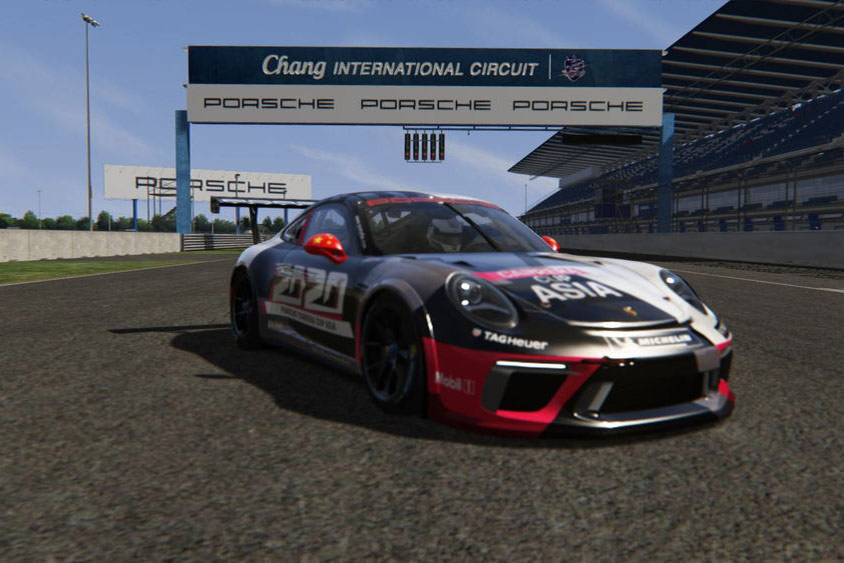 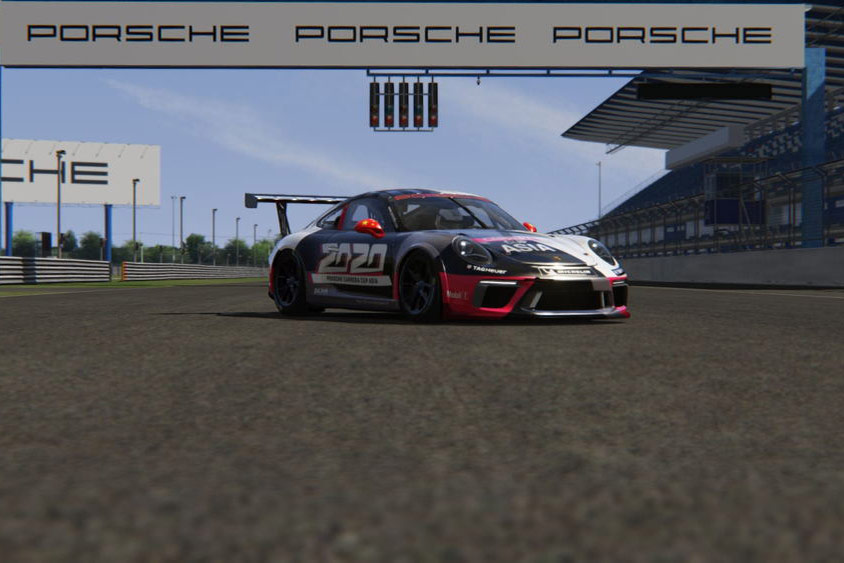 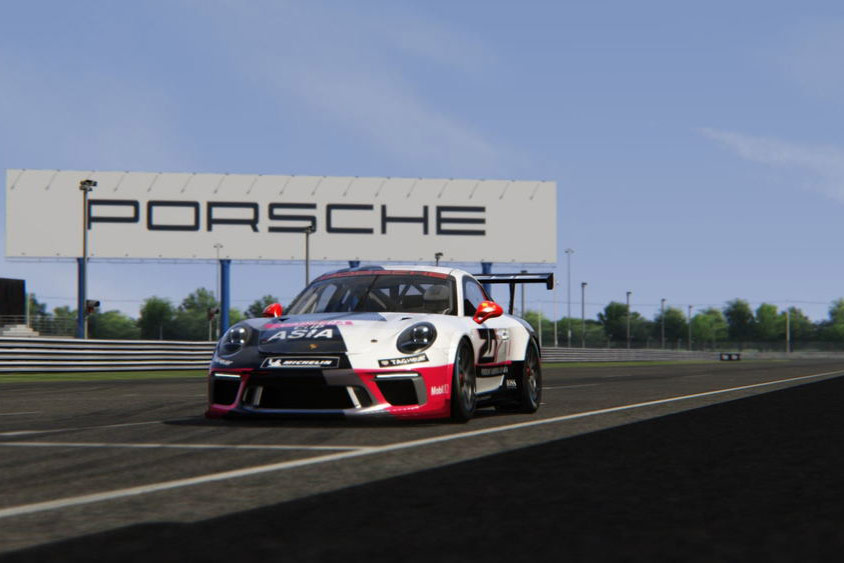 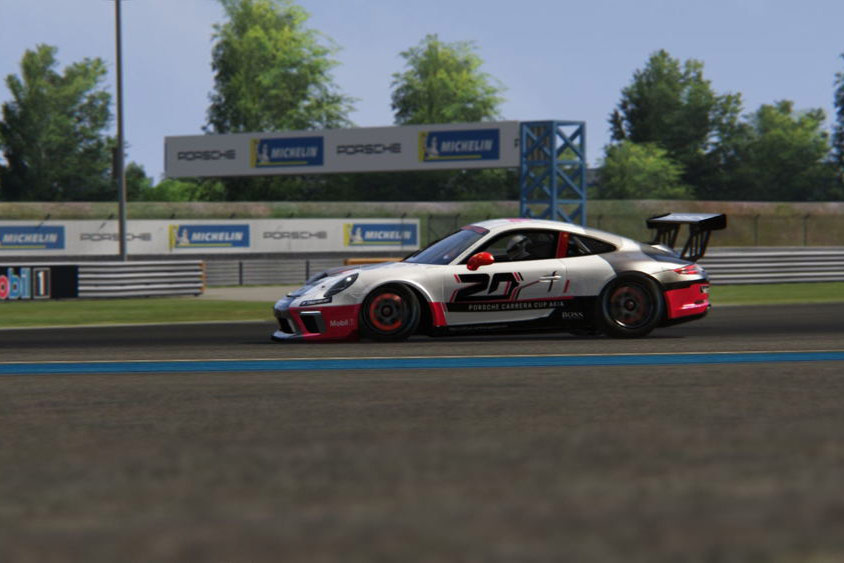 - Hoggard and Simonsen in a battle for overall first

Please use the following link to watch the livestream with English language commentary: https://www.facebook.com/CupAsia/
In case you are having technical problems accessing Huya on your end, please try this Douyu link instead: https://www.douyu.com/6872751

Chang International Circuit, in Thailand’s Buriram Province, is a Herman Tilke designed track with a length of 4.554 km. This 12 turn circuit became Thailand’s first ever FIA Grade 1 listed circuit when it opened in 2014. The Cup Asia has previously held four races at Chang International Circuit, spread across two stops in 2015 and 2016. After a four year hiatus, the series returns to Chang in virtual form, with several drivers on the virtual track having tackled the circuit before in real life. At the Cup Asia’s Chang debut in 2015, eventual champion Chris van der Drift earned himself first place in both races while also taking pole position in the first race. Chang is a popular circuit for Asian racing series, with the Thailand Super Series, Super GT and the Asian Le Mans Series all making regular appearances.

Perfect records and tight battles for the top

As the first ever Cup Asia Virtual moves past the halfway point of the season, the series’ real-life racing heroes are becoming more accustomed to virtual racing, and clear leaders are beginning to emerge. Having made his full-season debut at the Cup Asia 2019, Modena Motorsports’ Benny Simonsen has had a thrilling season so far, coming in first in Rounds 2 and 4 and second in Rounds 1 and 3. Carera Cup Asia newcomer Johnathan Hoggard, racing for Team StarChase, has also stamped his name on the series, earning himself a first-place finish in Round 1, second place in Rounds 2 and 4 and a third place finish in Round 3. Currently, just eight points seperates Hoggard and Simonsen, meaning that every single race counts as we maneuver towards the end of the season.

The Pro-Am class has also seen one single competitor rise to dominance. Cup Asia stalwart Antares Au, racing for Modena Motorsports, has raced a nigh-flawless season so far, coming in first in every race besides Round 3 where he nevertheless left the server with a second place victory. Au’s daunting 95 point tally so far places him comfortably ahead of second place, Dorr Novena Racing’s Yuey Tan, who has been having a pretty impressive season of his own. Having come in second in Rounds 2 and 4, Tan was able to snatch a victory in Round 3 to blemish Au’s spotless record. If it weren’t for a tech-related DNS in Round 1 which prevented Tan from getting on the track, the Pro-Am points table might look very different. Au might be sitting pretty with a 30 point lead at the season’s halfway point, however Tan is not the kind of racer you can become complacent about, he has a hunger for victory and viewers can expect an intense battle between the two current Pro-Am leaders before the season is out.

The Cup Asia Virtual ’s brand new Am class has seen long-time friend of the series Eric K sweep the board, racing a perfect season so far with four first place finishes and a grand total of 100 points. With four new Am drivers at this stop, however, Rounds 5 and 6 will see Eric K having to see off a lot more challengers to maintain his perfect score.