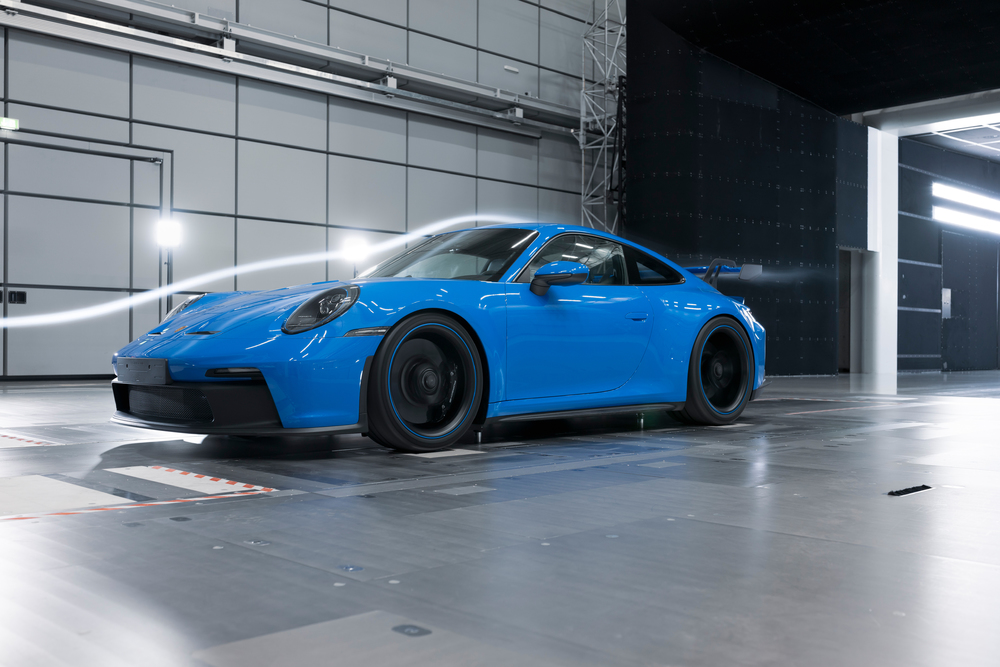 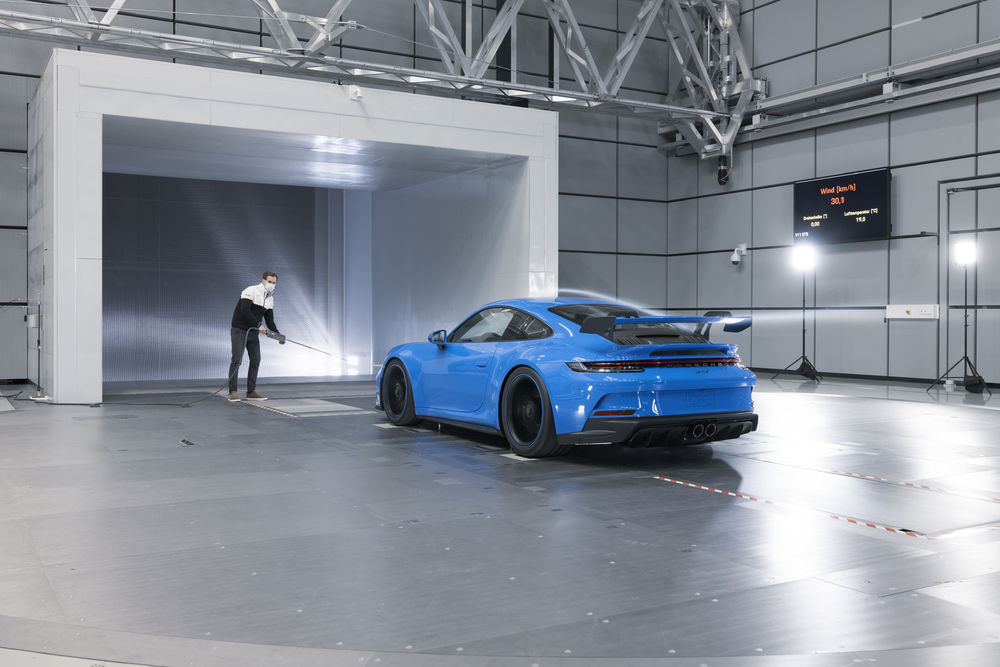 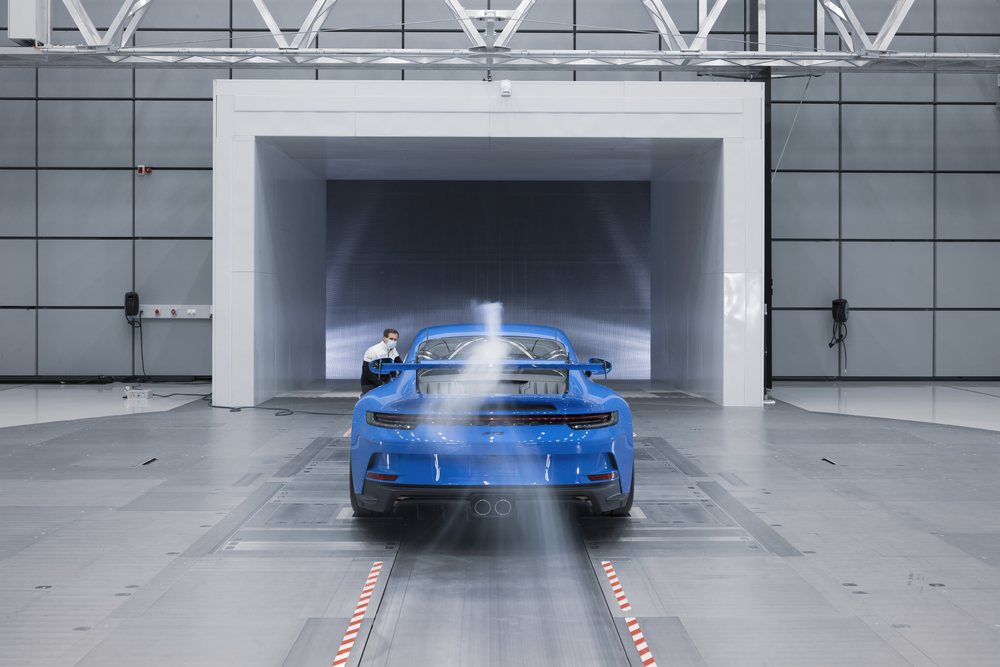 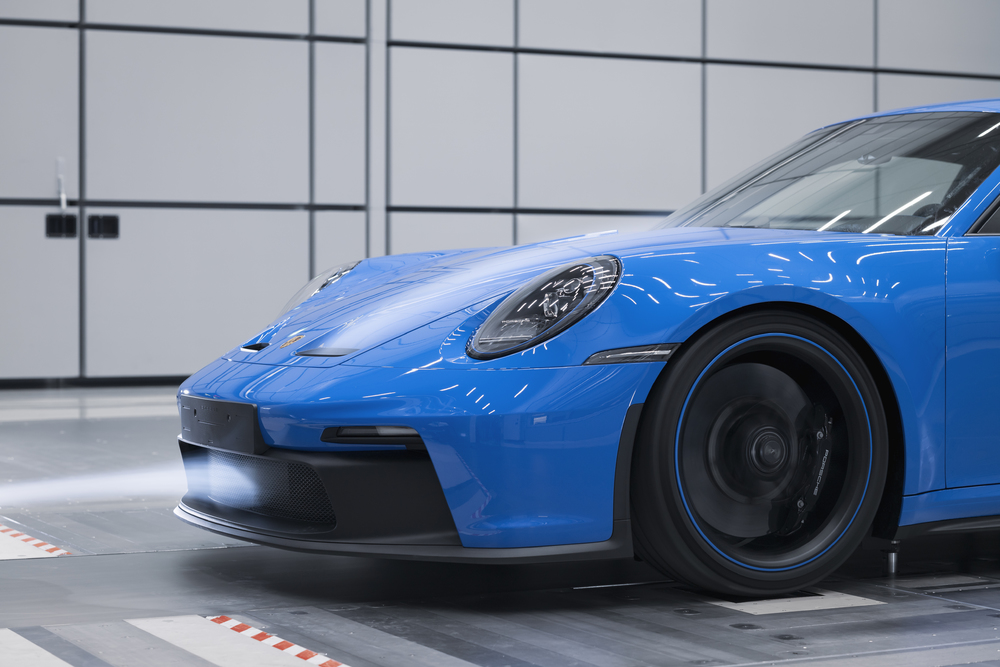 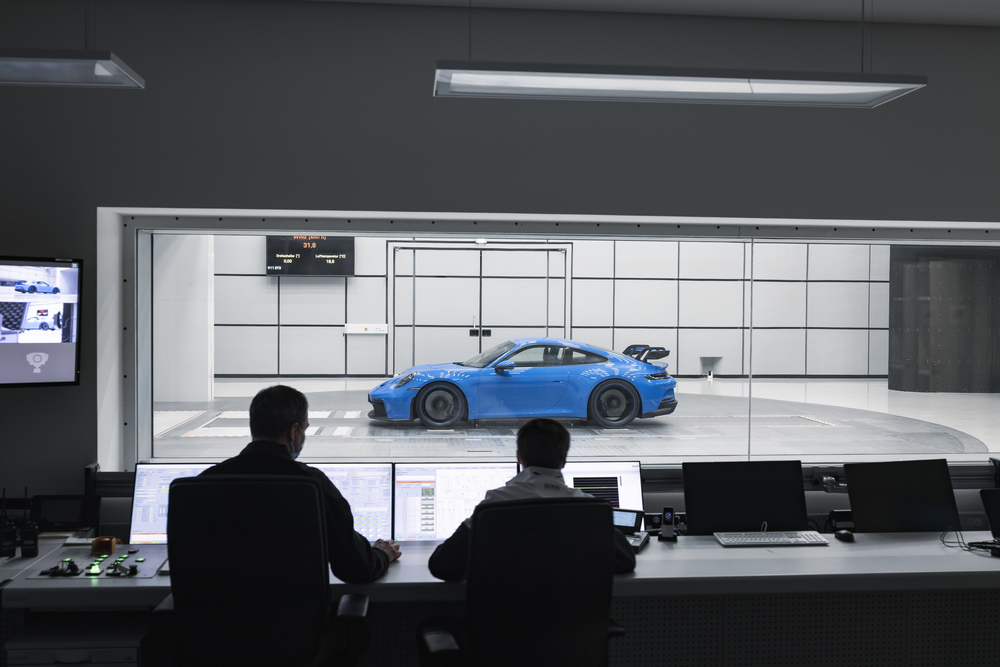 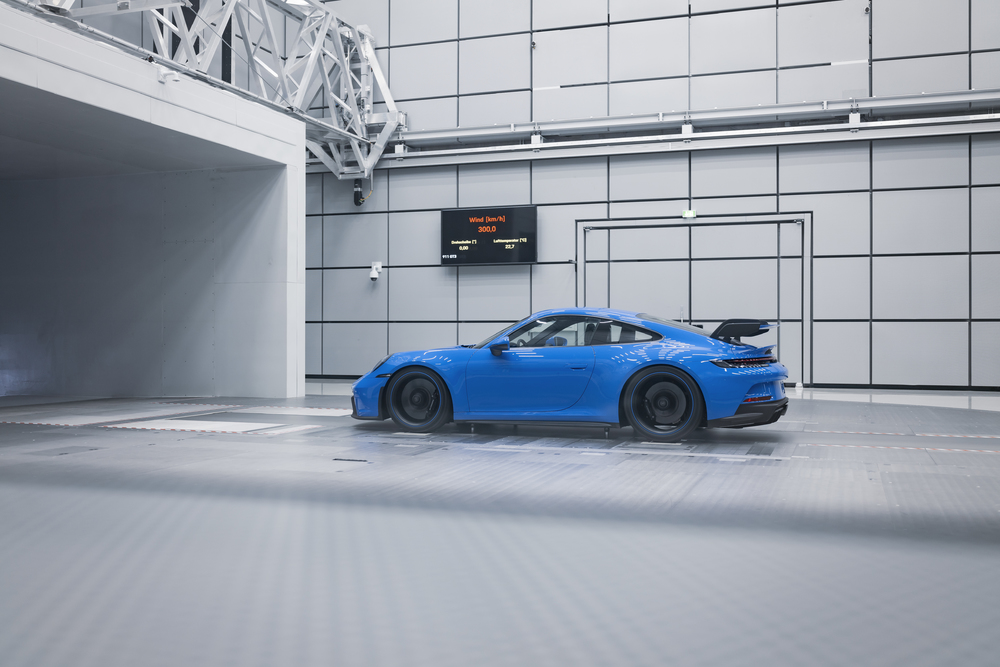 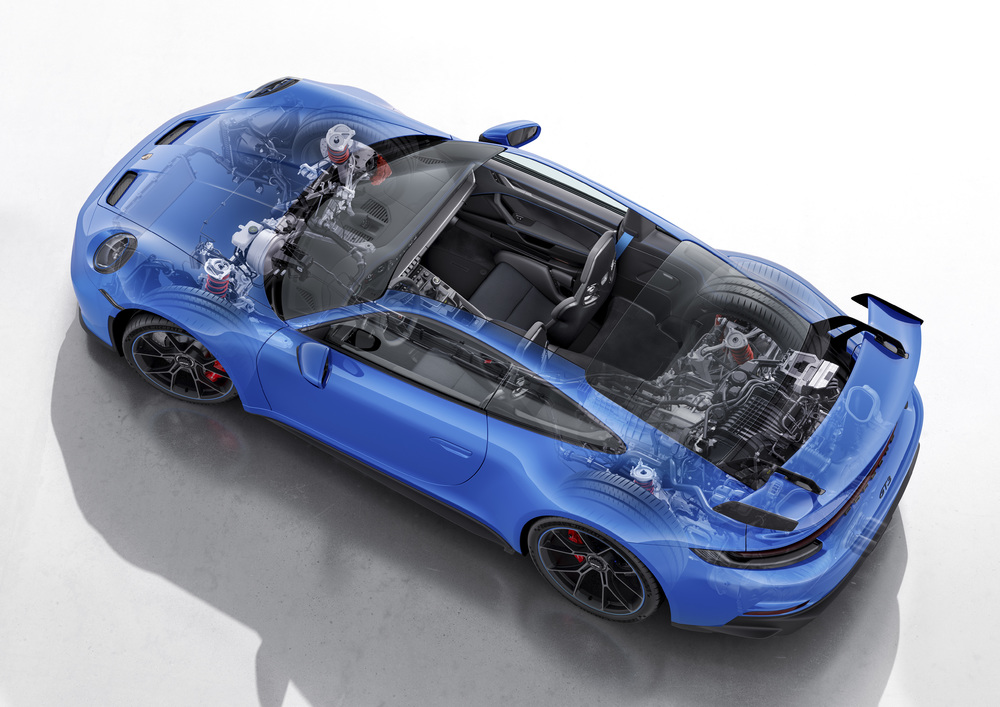 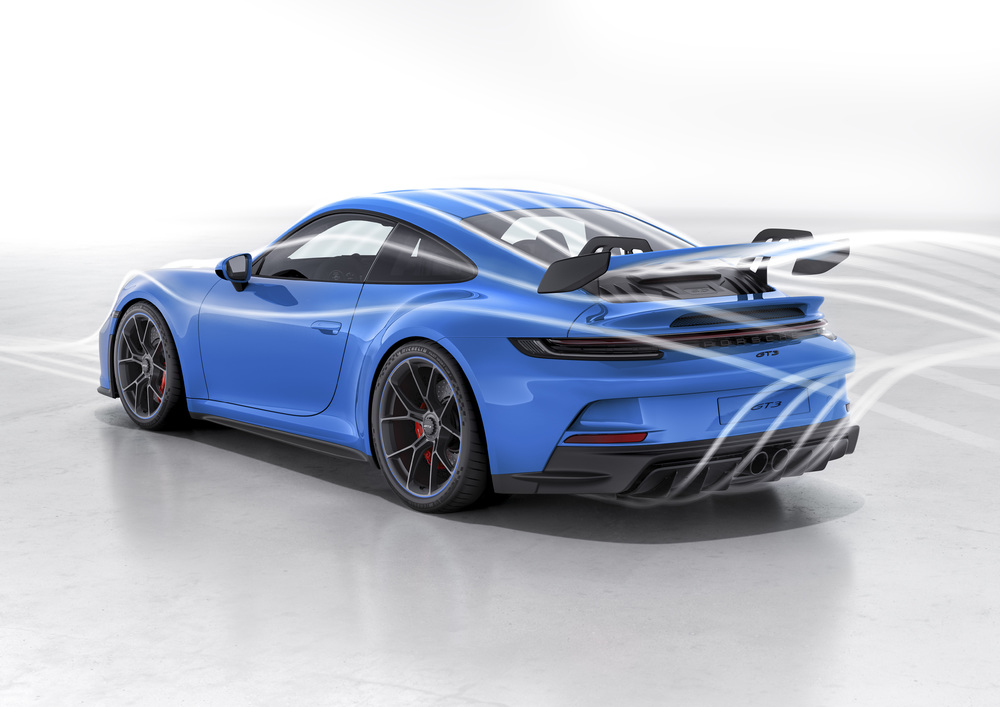 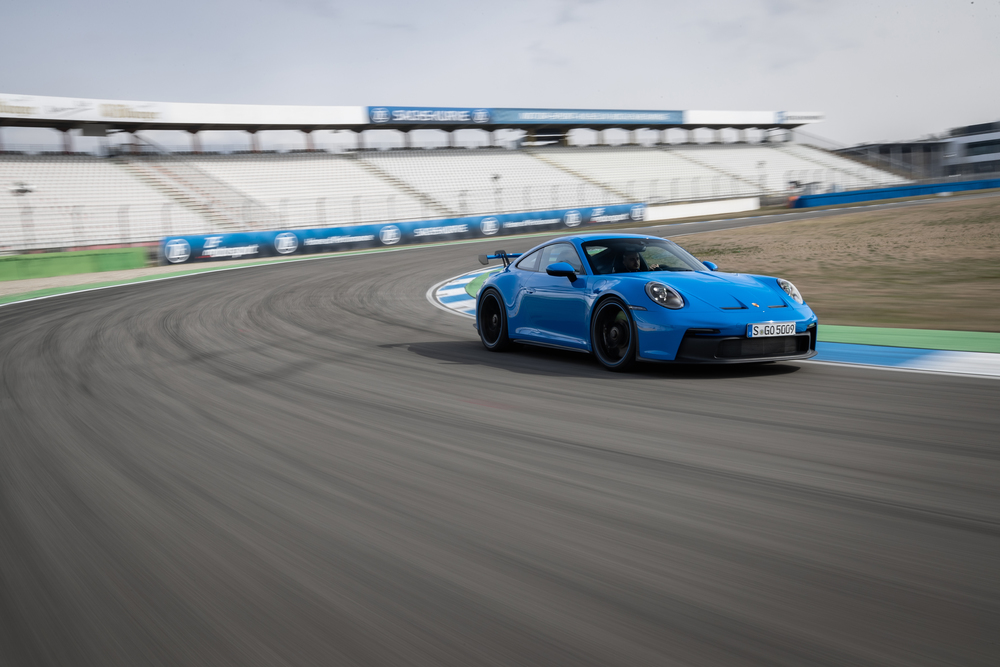 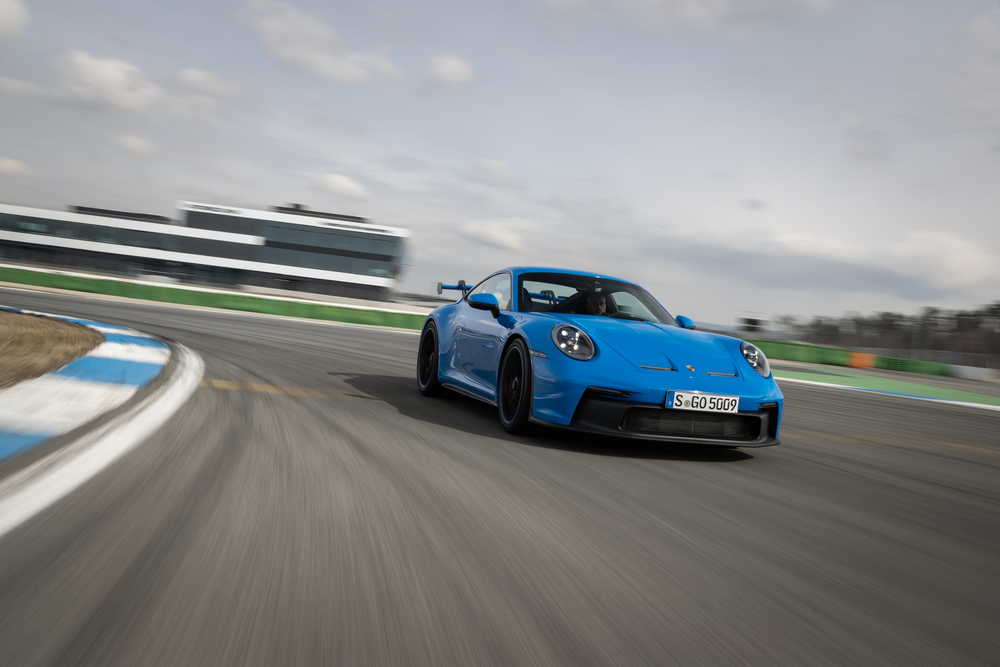 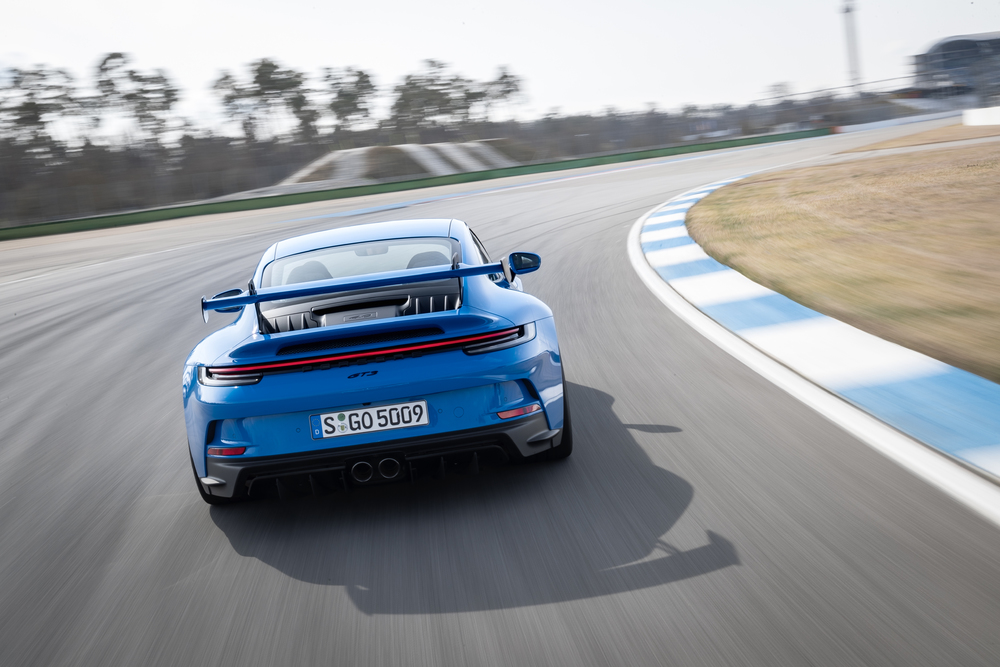 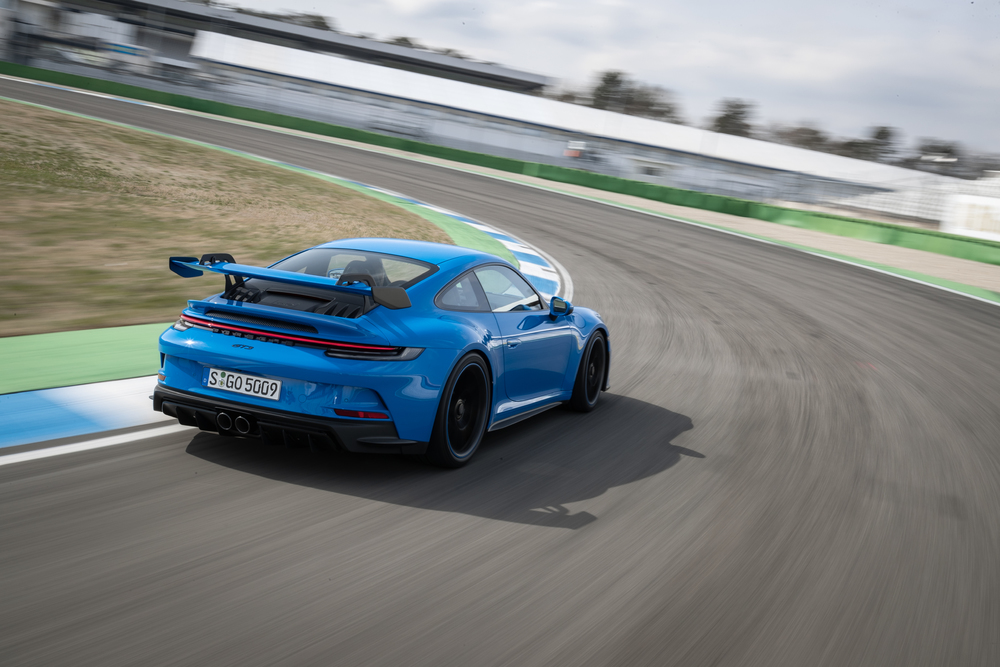 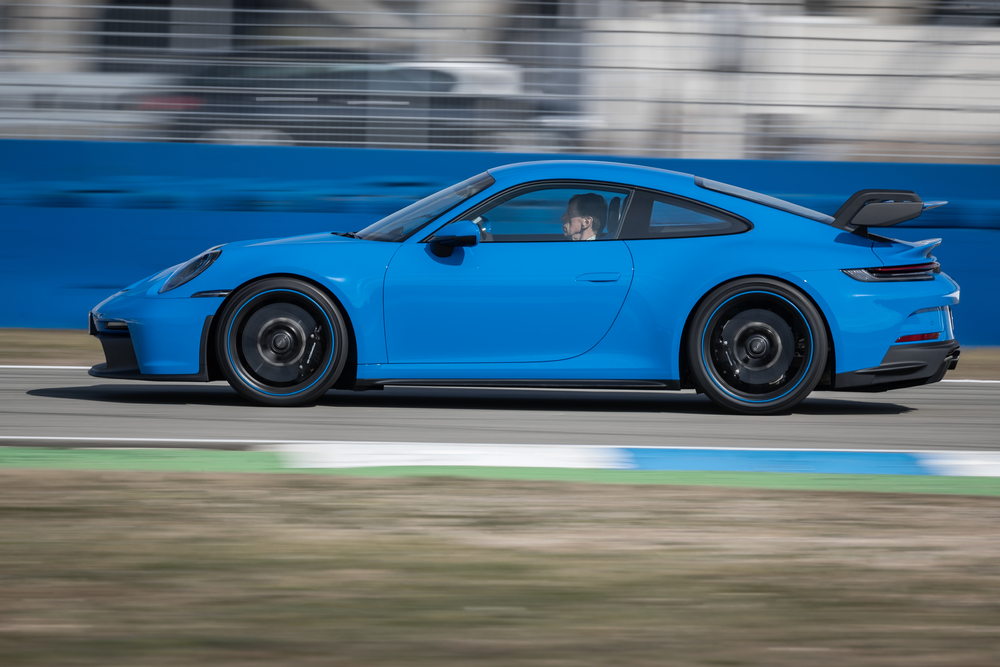 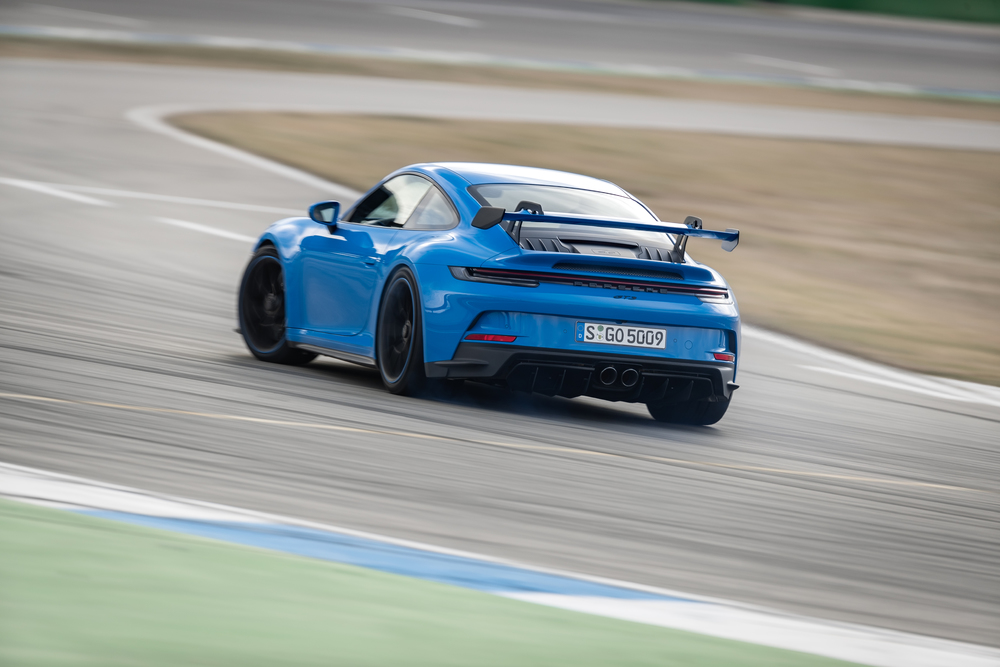 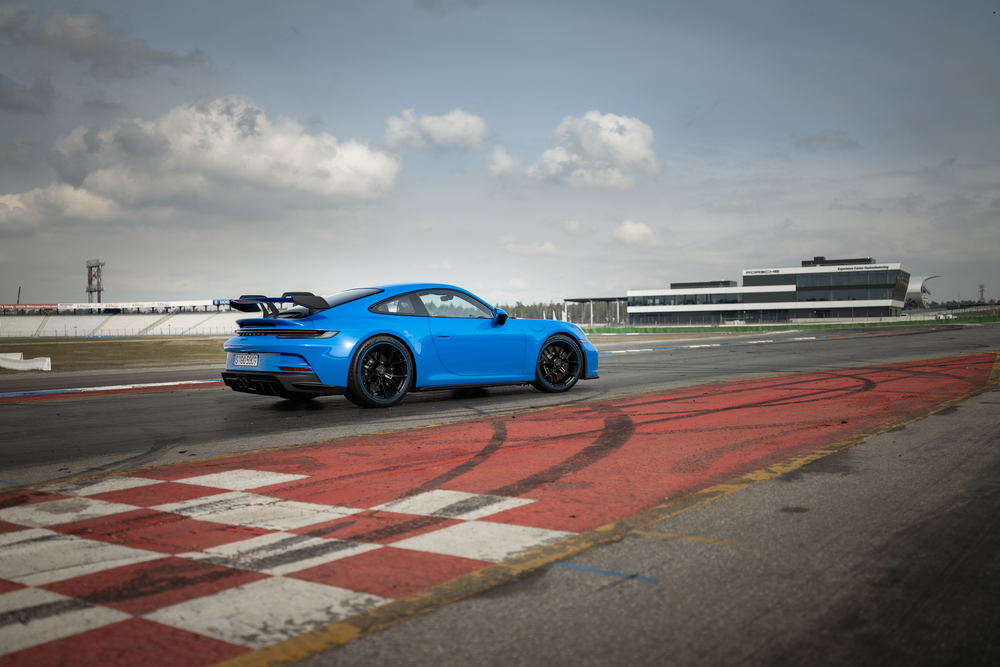 Stuttgart . The new 911 GT3 is packed with technical highlights. During development, the engineers pursued one aim in particular: to further enhance the performance of the high-performance sports car without compromising on everyday usability. The cooperation between the technicians from series development and the specialists from the Motorsport department played an immensely important role here. “When we have the same engineers who develop our race cars also working on the design of a new GT car for the road, that is the most direct technology transfer I can imagine,” explains Andreas Preuninger, Director GT Model Line.

More than 160 hours of fine-tuning in the wind tunnel
The technological progress in the area of aerodynamics is particularly apparent. It is the first time that a suspended rear wing has been fitted on a series production car. Its swan-neck mounting is used in a similar form in the GT racing car 911 RSR and the one-make cup racing car 911 GT3 Cup. Since two aluminium brackets now hold the wing element from above, the airflow can pass undisturbed across the underside, which is aerodynamically more sensitive. This new design led to a reduction in the flow losses and not only increased the downforce, but also resulted in well-balanced negative lift conditions together with many other detailed measures. “We developed the aerodynamics of the new 911 GT3 in around 700 simulations. We spent more than 160 hours fine-tuning the car in the wind tunnel,” explains aerodynamics engineer Mathias Roll. The angle of attack of the new rear wing can be set to four different positions. Correspondingly, the front diffusor can also be adjusted to four positions. “The new 911 GT3 generates 50 per cent more downforce than its predecessor at 200 km/h just in the ex-works setting. In the setting with maximum downforce, the increase is as much as over 150 per cent,” adds Roll. Similarly to motor racing situations, the aerodynamic balance of the new 911 GT3 can be individually adapted to track conditions and individual driving style. “Not only are the components very similar to those used in our race cars, the development methods are also similar,” explains the aerodynamics engineer. “In our ultra-modern wind tunnel in Weissach, we do not just drive straight ahead, we simulate every conceivable driving situation. We make the car roll, pitch and yaw in order to simulate the physical influences on the track.”

High-revving engine with motorsport DNA
Testing on the test rig during the development of the 4.0-litre high-revving naturally aspirated engine was even more time-consuming. “In total, the engine in the new GT3 ran for more than 22,000 hours on the test rig. During testing, we repeatedly simulated typical circuit profiles and ran the engine at full throttle for a very high proportion of the time,” explains Thomas Mader, Project Manager GT Road Car Engines. The engine, which responds eagerly when the accelerator is pressed, is based on the racing engine of the GT3 race car 911 GT3 R, and is also used virtually unchanged in the 911 GT3 Cup. At 375 kW (510 PS), its output is 10 PS higher than in the GT3 predecessor model. It delivers its maximum power at 8,400 rpm and the electronic limiter only cuts in on this outstanding revving ability at 9,000 rpm. Maximum torque has been increased from 460 to 470 Nm.

The high longitudinal and lateral acceleration forces produced by the new 911 GT3 on race tracks mean that the oil supply for the high-revving engine is of particular importance. Like in motorsport, this is performed by a dry-sump lubrication system with separate oil tank. With a total of seven suction stages, this routes the engine oil back into the external reservoir quickly and efficiently, while lubrication of the highly loaded connecting-rod bearings takes place directly via the oil pump through the crankshaft. “The engine in our 911 GT3 Cup race car essentially differs in respect of just two components: the exhaust system and the engine control unit. Everything else is identical,” explains Mader.

The engine of the new 911 GT3 was also put through its paces by the engineers and test drivers off the test rig. “We conducted 600 emissions tests during development in order to meet the strict standards,” says Thomas Mader. Very strict standards were also applied in terms of the engine's endurance: it had to perform flawlessly on a continuous stretch of more than 5,000 kilometres on the oval at Nardo in Italy at a constant speed of 300 km/h, stopping only to refuel.

is offering the new 911 GT3 at a starting price of 170,969 euros including VAT and country-specific equipment*. Delivery is set for May 2021.