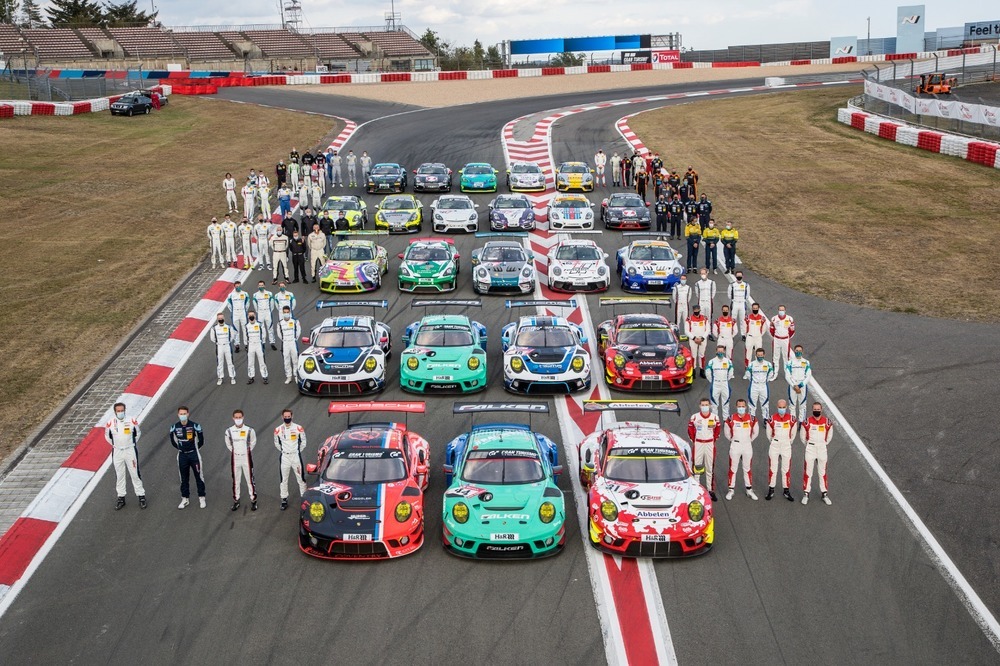 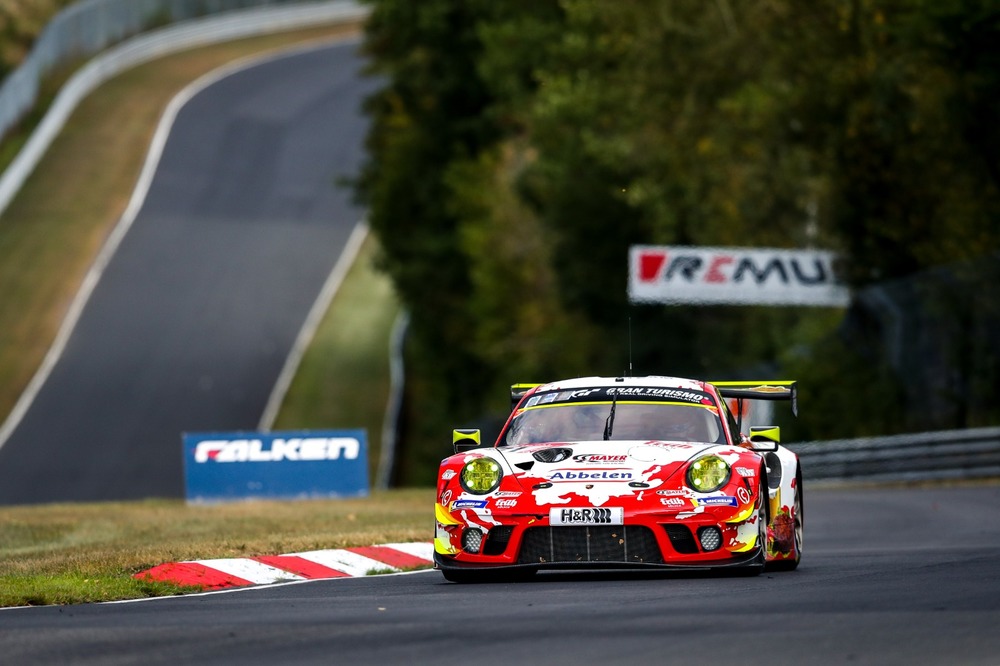 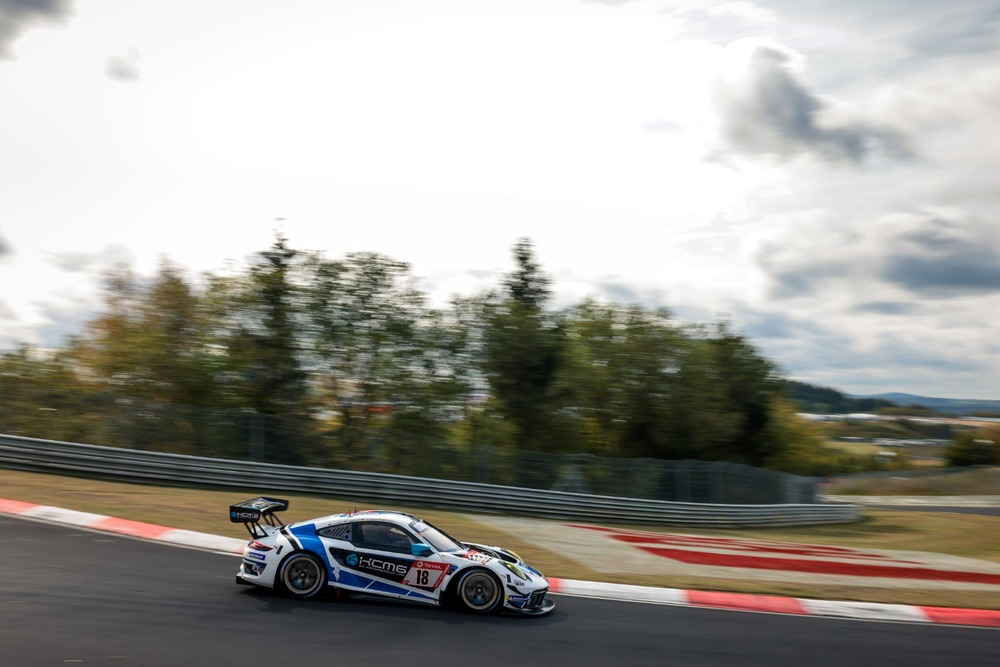 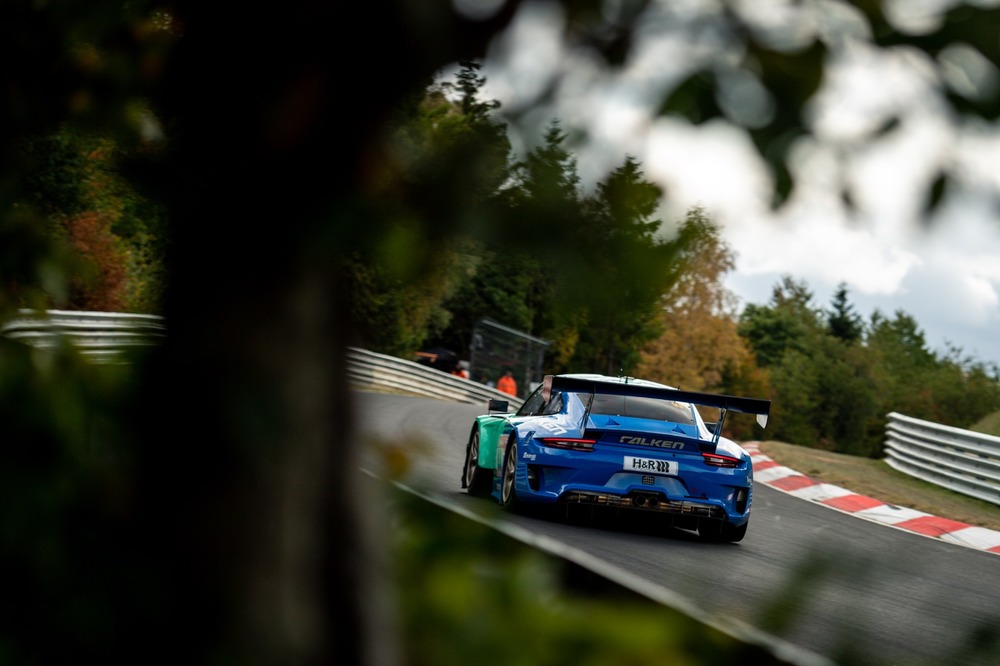 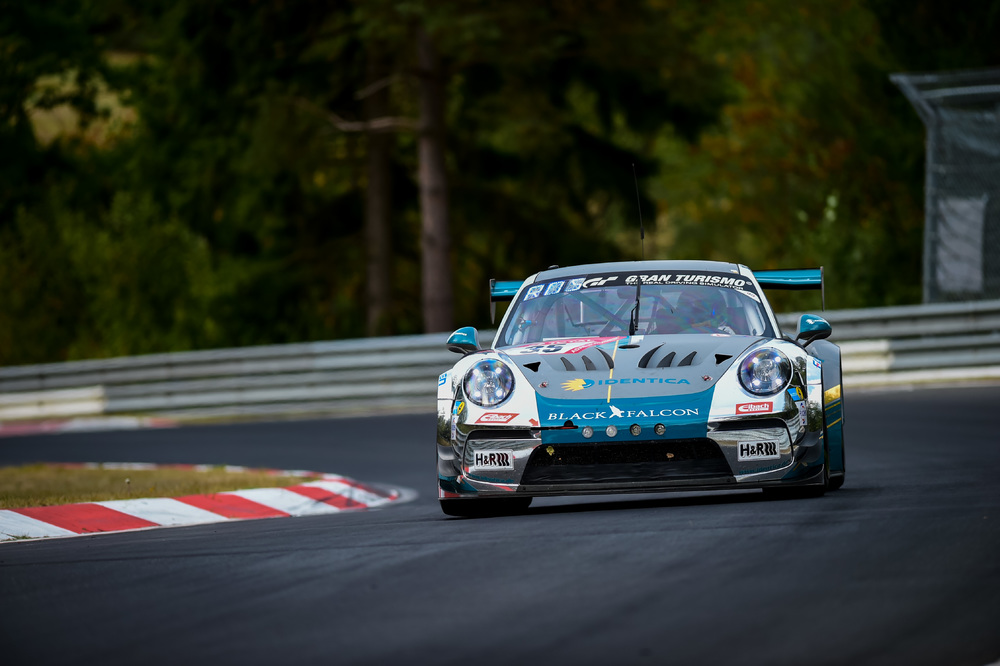 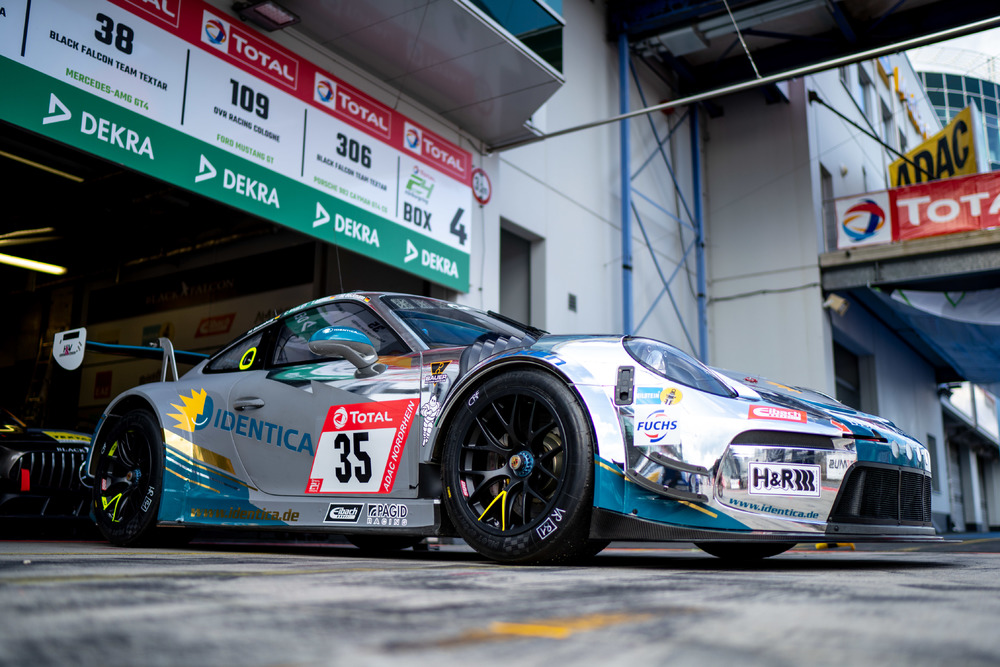 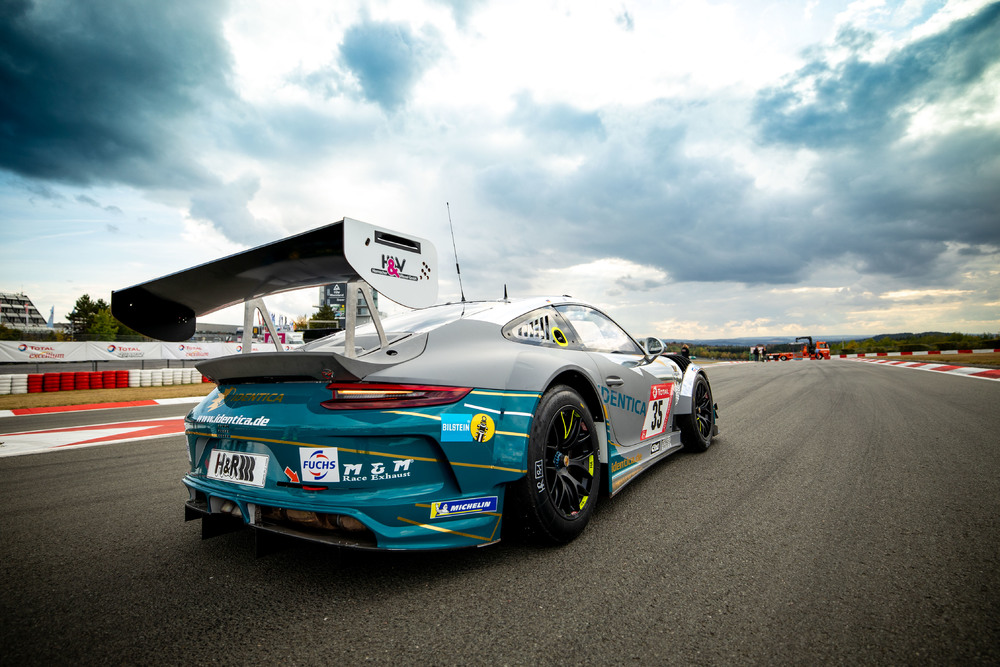 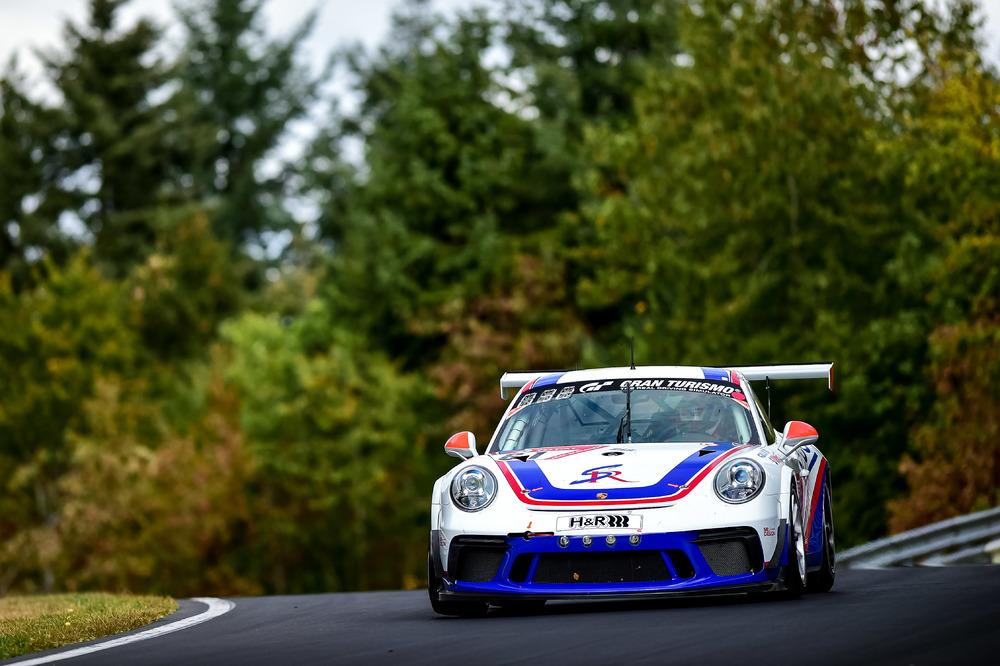 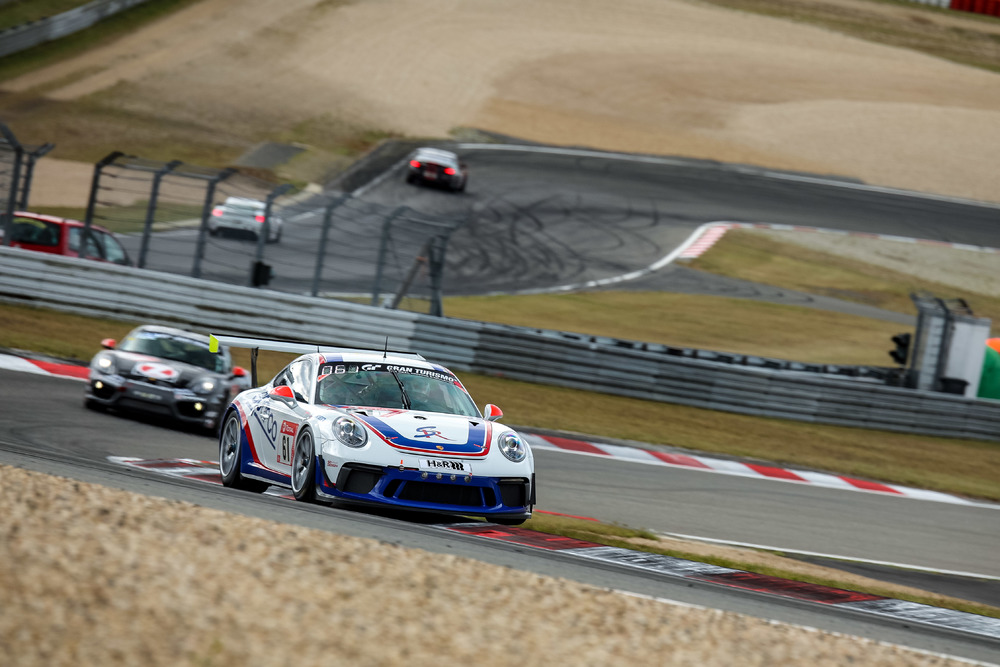 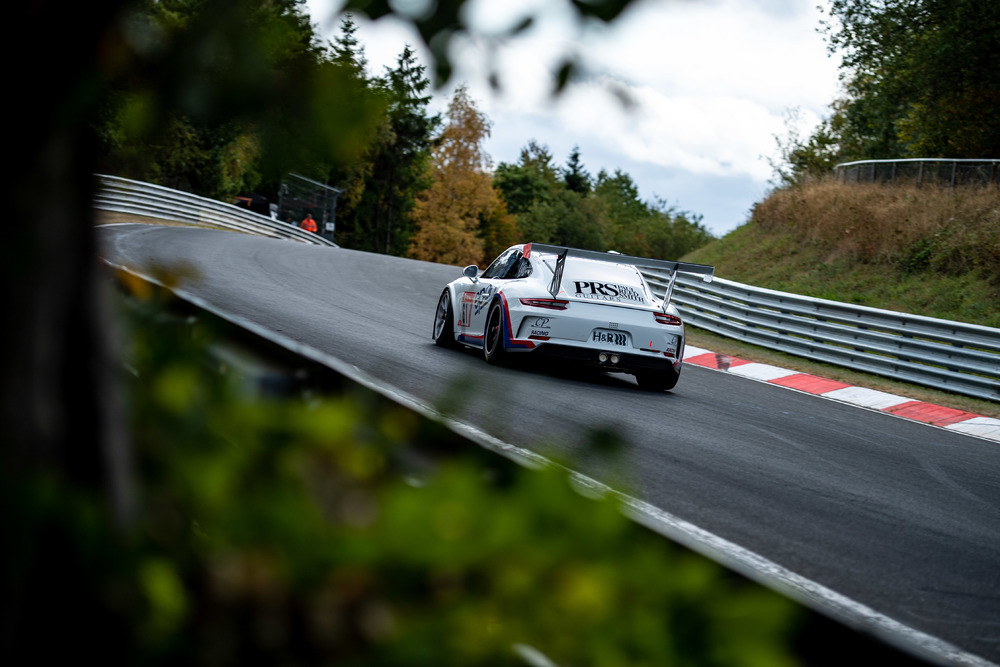 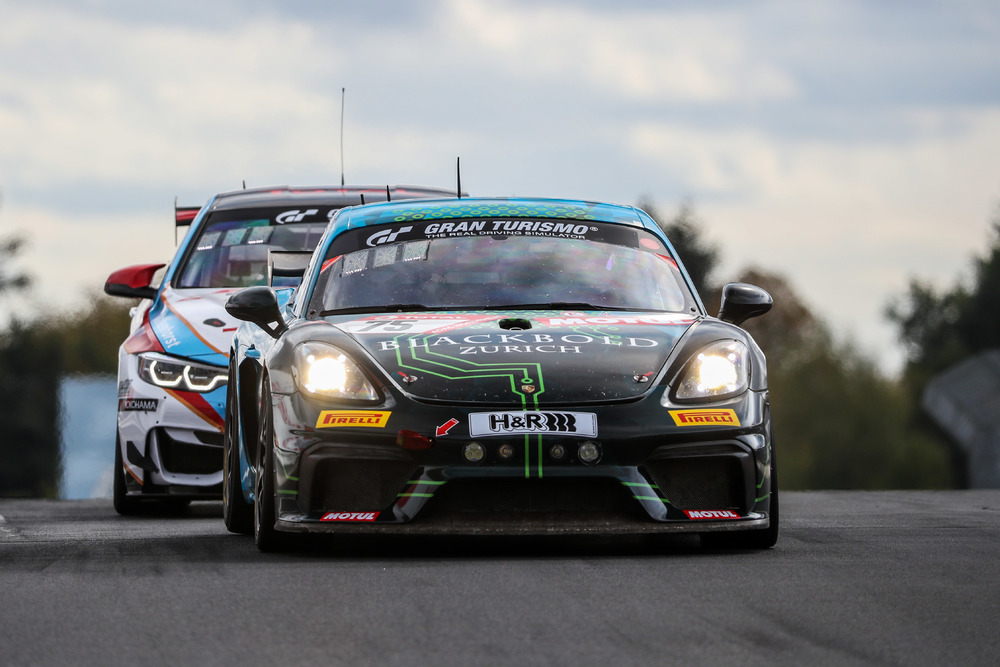 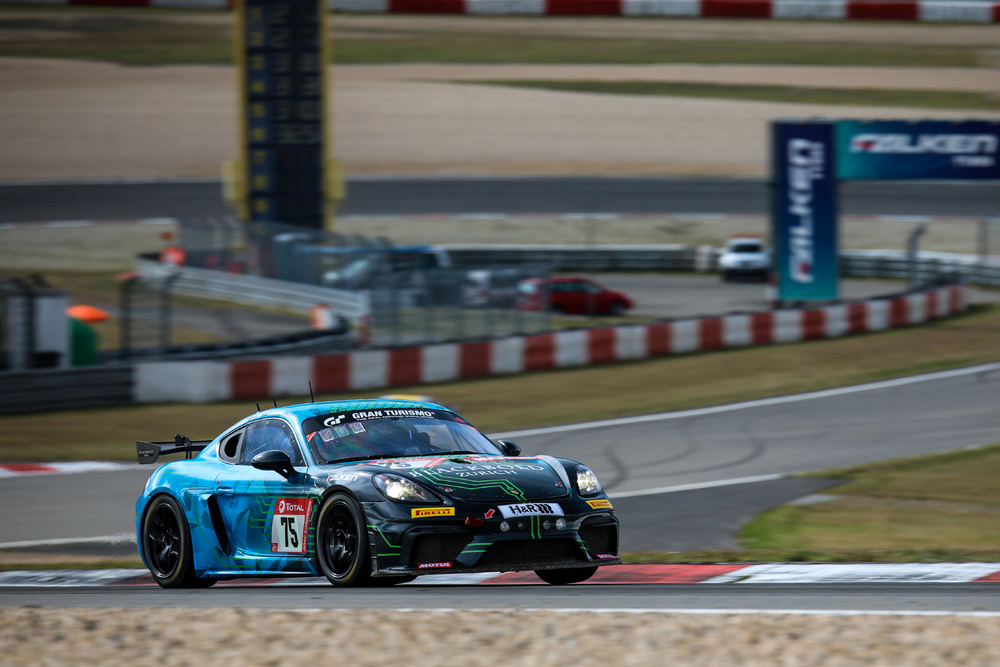 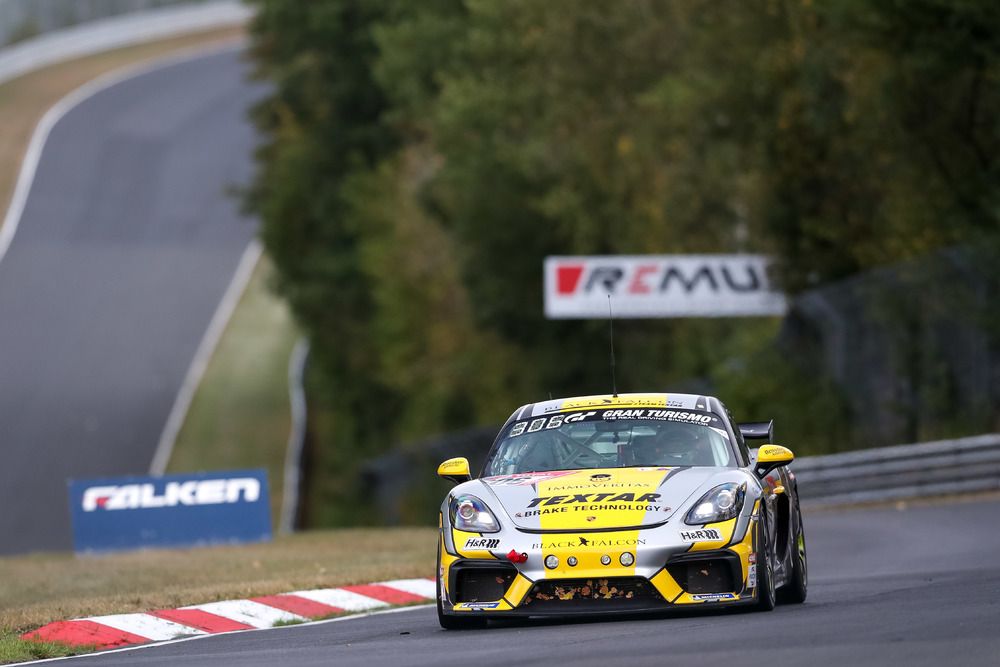 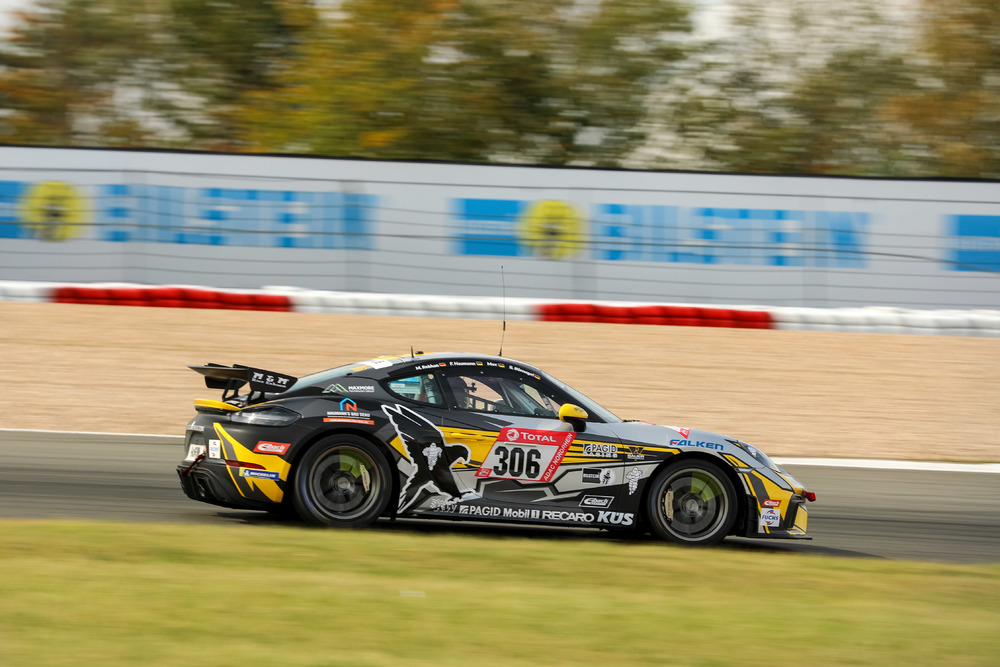 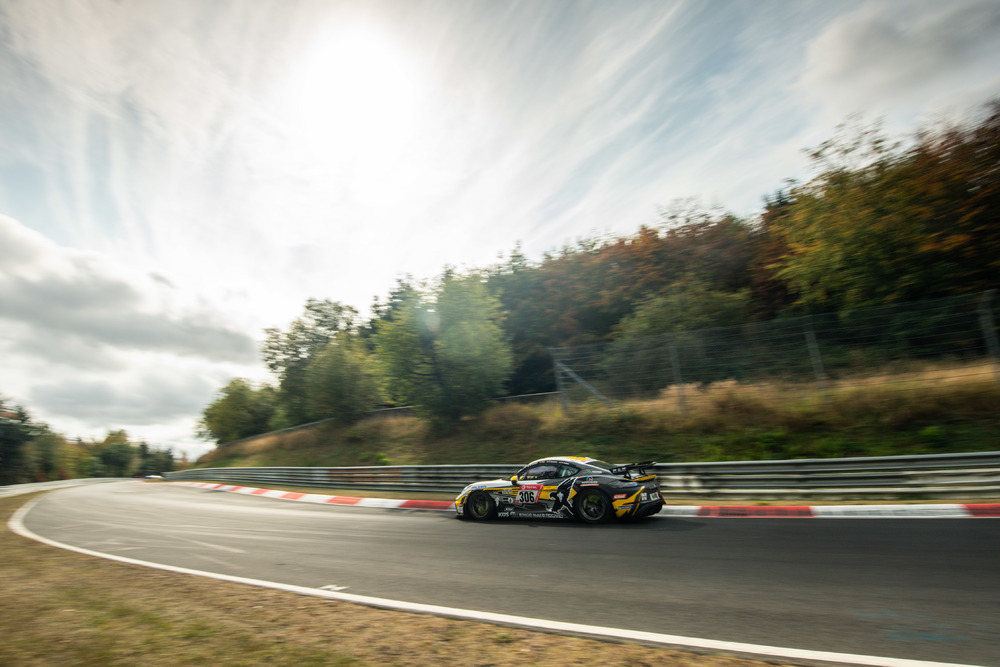 Stuttgart . When more than 100 racing cars take off into the 24-hour adventure through the ‘Green Hell’ on Saturday at 3.30 pm, one marque, in particular, will stand in the spotlight: . Almost a third of the participating vehicles bear the crest of the sports car specialists from Stuttgart-Zuffenhausen. No other brand is more strongly represented. More precisely, 30 911 and model series are expected to line up on the grid on Saturday. The range of versions and variants is broad – from the full-bred GT3 racers fighting for overall victory at the endurance classic through to the near-standard racing vehicle in the production car class. Most vehicles are based on current models – proof once again that every is a sports car. Here is an overview of the most important types and variants from clubsport to thoroughbred racing machines.

718 S (V3T and SP4T classes)
A flat-four engine with a 2.5-litre displacement and modern VTG turbocharger with variable turbine geometry: The 718 * two-seater has long been popular at the Nürburgring-Nordschleife as the entry-level endurance racing car for amateurs. Teams carry out the conversion to the racing cars themselves. In order to keep costs reasonable, very few modifications are permitted to the engine, suspension and brake system. In the near-standard V3T class, the kerb weight correlates to the engine output of the baseline product. For example, ex-works, the 257 kW (350 hp) 718 S* must weigh 1,475 kilograms ready to race – which means an extra weight of more than 100 kilograms. The aero-kit must be the same as in the production model. This limits the possibilities to the extendable rear spoiler. This has enabled the rear-wheel-drive car, which ideally features the PDK dual-clutch transmission for the storied 25-kilometre long racetrack, to set a curious record: In keeping with the regulations, the near-standard 718 S is slightly handicapped by its higher racing weight, the lack of downforce in the corners as well as under braking. However, on the 2.6-kilometre Döttinger Höhe, it is one of the fastest in terms of its top speed of over 280 km/h. This is reflected in the list of results: In terms of potential, on top of a class win, the V3T variant of the S can clinch the production car overall classification.

Same car, different division: the four-cylinder 718 is a winner in the SP4T class, as well. SP stands for “24h special” and indicates the greater freedom that the technical regulations allow in the design and running of the sports car. Aerodynamic aids such as a larger rear wing and a modified front apron support the cornering and braking performance of the SP4T variant, which is significantly lighter at 1,170 kilograms. The performance of turbocharged engines can be increased, but then the boost pressure is limited to 2.4 bar and a 38-mm air-restrictor becomes mandatory. Alternatively, to cut costs, this racing vehicle can also compete as “vehicles with a near-standard engine” in accordance with the VLN production vehicle regulations.

718 GT4 Clubsport (Cup 3 class)
In January 2019, unveiled the successor to the first GT4 Clubsport: The 718 GT4 Clubsport represents a consequent further development of the successful model from the Weissach/Flacht Motorsport Centre. In developing the new 718 GT4 Clubsport, the focus was put not only on further improved driveability and faster lap times but also on the sustainable use of raw materials. The 718 GT4 Clubsport is the first-ever series-production racing car to feature body parts made of natural-fibre composite material. The driver and co-driver doors and the rear wing are made of an organic fibre mix, which are sourced primarily from agricultural by-products such as flax or hemp fibres and feature similar properties to carbon fibre in terms of weight and stiffness. It races at the Nürburgring Endurance Series (NLS) – alongside its predecessor – in its own category: the GT4 Trophy by Manthey-Racing.

Powering the 718 GT4 Clubsport is a 3.8-litre flat-six engine producing 313 kW (425 hp). Compared to its predecessor, this represents a 40-hp increase in performance. The power is transferred to the rear wheels via a dual-clutch gearbox with six gears and mechanical rear axle differential lock. The lightweight spring-strut front suspension is taken from the 911 GT3 Cup. The impressive racing brake system features steel brake discs all round measuring 380-millimetres in diameter. The 718 GT4 Clubsport is delivered ex-works with a welded-in safety cage, a racing bucket seat with a six-point harness, a FIA escape hatch in the roof as well as an automatic fire extinguisher. Tipping the scales at 1,315 kilograms, the 718 GT4 Clubsport counts as one of the lightweights.

In the Cup 3 class, the “Competition” version developed specifically for national and international races, competes. This model features a safety fuel tank with a capacity of 115 litres that is also suitable for long-distance events. Thanks to a brake balance system, the balance bias can be infinitely adjusted between the front and rear axle. An integrated air jack system guarantees fast pit stops. The quick-release racing steering wheel adopted from the 911 GT3 R ensures a range of adjustment options for the individual needs of the drivers. Moreover, an additional safety package is mandatory for this class.

718 GT4 Clubsport MR (SP10 class)
The special MR variant of the 718 GT4 Clubsport Competition is even more competitive, which is underlined by three-way adjustable shock absorbers, among other features. MR stands for Manthey Racing. The factory and development team from Meuspath near the Nürburgring has designed and homologated a special GT4 kit for the mid-engine racing car, which is a prerequisite for competing in the SP10 class. Lighter carbon panels replace the front and rear aprons, the fenders, front hood and boot lid. The front and rear windows are made of polycarbonate, the aerodynamic diffuser and front splitter are made of natural-fibre composite materials. The engine and transmission remain untouched, but the chassis is adapted and a set of lighter BBS wheels are fitted. Performance and racing weight depend on the respective Balance of Performance classification.

911 GT3 Cup (SP7 class)
In addition to the Mobil 1 Supercup as well as ’s national Cups and GT3 Cup Challenges, 911 GT3 Cup (991.2 model generation) has been fielded with success at the Nordschleife of the Nürburgring since 2018. The rear houses a four-litre, six-cylinder flat engine for powerful propulsion. Thanks to thoroughbred motorsport technology, the compact engine with direct fuel injection delivers a peak performance of more than 330 kW (450 hp) in combination with an air restrictor. Aside from sheer power, a raft of innovative solutions ensure efficiency, even better durability under racing conditions, as well as reduced maintenance costs. A valve drive with rigidly mounted rocker arms and a central oil feed is used for the very first time. An integrated oil centrifuge is used to optimise oil defoaming in the engine. A crankshaft with significantly increased rigidity has also been installed.

A new front apron and a new rear end improve the downforce of the 911 GT3 Cup compared to the predecessor model, thus enhancing traction and performance. The prominent 184-centimetre-wide rear wing has been retained from the predecessor model. One-piece 18-inch racing rims with a central locking mechanism are used – with 270-millimetre racing slicks on the front axle and a massive 310-millimetre tread on the rear axle. The intelligent aluminium-steel composite construction ensures maximum rigidity and a lightweight body. Ready to race, the 911 GT3 Cup weighs in at just 1,200 kilograms, however for the 24-hour race at the Nürburgring, it must weigh 1,250 kilograms as required by the classification.

During the car’s development, the engineers put special emphasis on driver safety. The driver is protected by a massive safety cell and an innovative, bucket-style racing seat that is moulded around the head and shoulder area in particular. The rescue hatch in the roof complies with the latest FIA standard.

911 GT3 Cup MR (SP-Pro class)
Manthey-Racing also offers an even sharper version of the 911 GT3 Cup of the 991.2 model generation. The Cup MR features a lightweight carbon kit, including the underbody as well as a three-way adjustable racing suspension and five-channel ABS from Bosch in MR spec. The MR rear wing measures 1,600 mm in width so that the vehicle can compete in the SP7 class. As the next configuration level, the Cup MR Pro variant receives a 1.8-metre-wide rear wing as well as a larger front splitter with additional flics, i.e. aerodynamic attachments for the front apron. The tread is slightly wider on the front axle measuring 30/68-18. In this version, the 911 GT3 Cup belongs in the SP-PRO class – as does the MR SP-PRO Cup. It is distinguished by an MR traction control and an anti-lift system. Last but not least, depending on the BoP classification, the engine output of the four-litre flat-six engine is boosted to 520 hp.

911 GT3 R (SP9 class)
Since the 2019 season, customer teams have fielded the latest 911 GT3 R in international and national series – with outstanding success. The customer sport racer from Weissach won, amongst others, the Spa-Francorchamps 24-hour race and at the return of the sports car scene in Kyalami, South Africa. Thanks to these successes, the 911 GT3 R also secured the title in the hotly-contested Intercontinental GT Challenge. The vehicle also claimed class victory at the 24-hour race on the Nürburgring in 2019.

Using the 911 GT3 RS* production sports car, which was launched in March 2018, as a baseline, designed a spectacular customer racer for GT3 series around the world. During its development, special attention was paid to particularly efficient aerodynamics, improved driveability, further optimised safety as well as lowering the cost of servicing and spare parts.

Powering the 911 GT3 R is a cutting-edge four-litre flat-six unit which is largely identical to the high-performance production engine of the road-legal 911 GT3 RS. Depending on the Balance of Performance classification, the 911 GT3 R produces up to 404 kW (550 hp). Direct fuel injection, which operates at pressures up to 200 bar, as well as variable valve timing adjustments of the intake and exhaust camshafts ensure a particularly efficient use of fuel. Moreover, compared to its predecessor, the normally-aspirated engine offers significantly better driveability and a broader usable rev range.

A sequential six-speed constant-mesh gearbox transfers the power to the 310-mm-wide rear wheels. The electric shift drum actuator ensures particularly fast and precise gear changes. As in the GT road-going models, the driver changes gears via shift paddles conveniently positioned on the steering wheel. The clutch is electro-hydraulically controlled, which eliminates the need for the clutch pedal and assists quick race starts. Typical of the 911, the weight distribution ensures excellent traction and braking performances.

The lightweight body design of the 911 GT3 RS production sports car featuring intelligent aluminium-steel composite construction has proven to be the ideal basis for the near-production racing car. The roof, front hood and fairing, wheel arches, doors, side and tail sections as well as the rear lid and interior trim are made of particularly light carbon-fibre composite material (CFRP). All windows consist of polycarbonate. The spectacular aerodynamics of the 911 GT3 R also follows the example of the road car. The distinctive wheel arch air vents on the front fairings increase downforce at the front axle. Measuring 1,900 millimetres in width by 400 millimetres in depth, the rear wing lends aerodynamic balance. The tyre size at the front axle has grown from 650 to 680 millimetres. In tandem with the new double wishbone suspension, this ensures superior braking performances and consistency over the duration of the race.

Seven 911 GT3 R take up the challenge at this year’s Nürburgring 24 Hours: the customer squads KCMG, Falken Motorsports and Frikadelli Racing each field two vehicles, with one 911 GT3 R campaigned by Huber Motorsport.


Further information, film and photo material in the Newsroom: newsroom.porsche.com.  The Twitter channel @Races provides live updates from Motorsport with the latest information and photos from racetracks around the world.